Search
Home / HerStory  / This Is Why Choosing Life Was Hard

This Is Why Choosing Life Was Hard 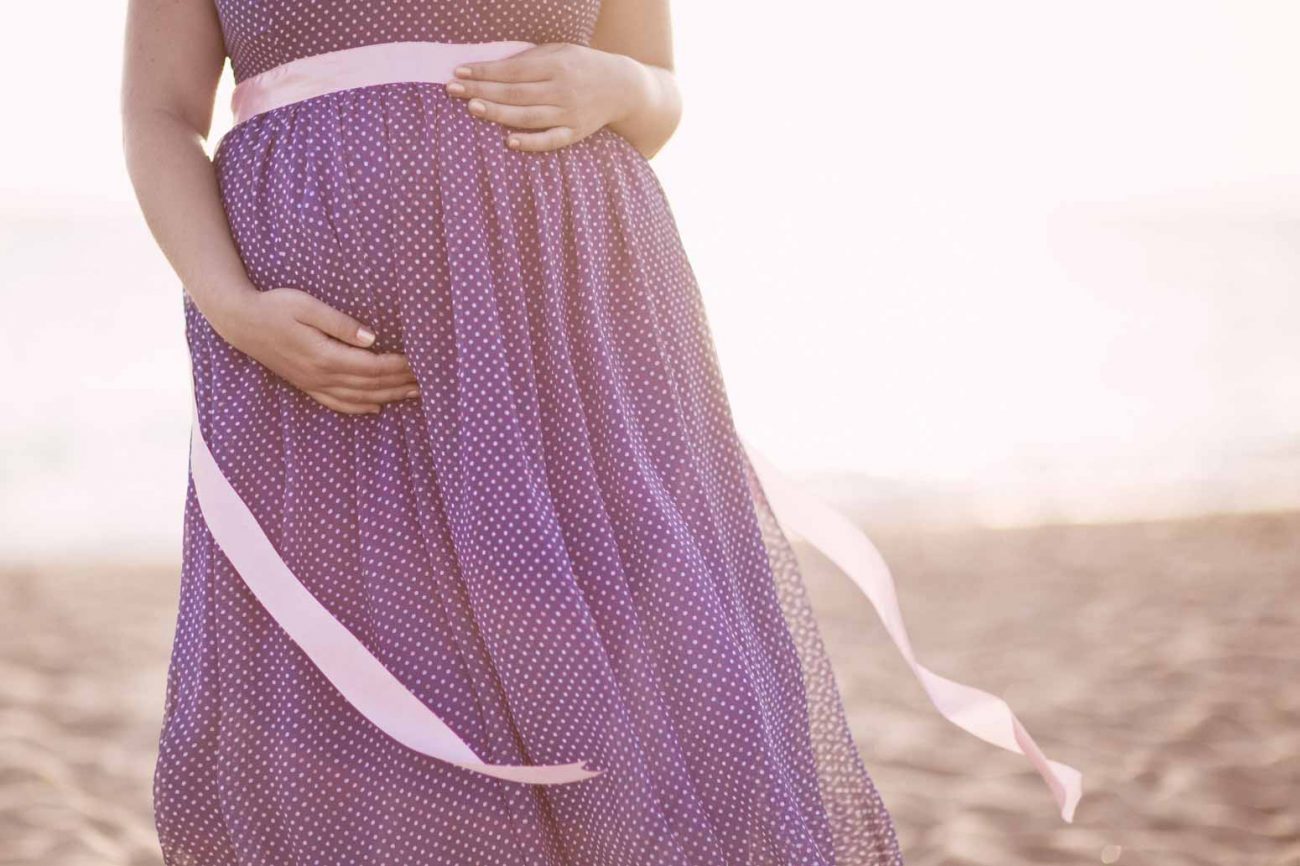 On June 20th, the most heartbreaking thing happened in my state. Rhode Island state senator, Gina Raimondo, passed an “abortion protection bill.” She stated, “The essential protections instilled by the RPA will ensure all Rhode Islanders—and especially people of color, people with low incomes, and anyone who struggles with barriers to health care—can access the reproductive health care services they need,” she said in a statement. “Abortion is health care, reproductive care is health care, and health care is a human right.”1 How anyone can fight so hard to protect the act of abortion and not human life and call it a human right, I will never understand. I fell under two out of the three categories she described as hardships. I, myself, was low income and faced barriers to health care when I became a pregnant teenager.

At the young age of 15, when I had no business being in such an intense, romantic relationship—and definitely shouldn’t have been having sex, I found out I was pregnant. My boyfriend, Chris, was only 16, and as we sat in the dark waiting room of Planned Parenthood, we were both scared to death for the pregnancy test result to reveal what we both already knew in our hearts. As we waited for what felt like a lifetime, I looked around at the young women that were sitting around us. Some were crying, some were completely out of it, some just looked numb. From what I could guess, none of them were as young as me, but all were under 20.

Finally, we were brought into a small, dimly-lit office to receive the news that would forever alter our lives. Although we knew, hearing it from a professional made it so much more real. They talked about adoption and abortion with us, assuring me that it was definitely still early enough for me to “terminate the pregnancy.” They spoke on the option of keeping our baby last and only after I said, “What if we decide to keep the baby?” She said that it was a very big commitment and that I only had a small window of time to decide what I was going to do. That was it.

How anyone can fight so hard to protect the act of abortion and not human life and call it a human right, I will never understand.

I was uneasy when we walked out, but Chris hugged me tight and told me that everything was going to be okay. I wasn’t so sure. Our relationship was already hanging on by a thread. It was up and down with a lot more breaking up than making up. I barely felt like I was functioning in my personal life, so the thought of bringing another life into my chaotic and unstable world was beyond overwhelming. Chris was petrified, and many of his friends and family were very vocal about their disapproval of me. Trust me, they had their reasons. I wasn’t a great girlfriend—I was clingy, controlling, and a little bit crazy. But, heck, I was only 15. What did I really know about love or commitment?

The hardest part for me would be telling my mom. She, too, had me as a teenager and had so many dreams and aspirations for me. She also had no idea that Chris and I were even having sex. At least, I thought she didn’t. One morning, she woke me up bright and early and told me to get dressed. She made an appointment at the OB/GYN for me. I was literally sick to my stomach the entire ride there.

When we arrived, she told the doctor that she wanted a pregnancy test performed on me. He took me in an exam room and asked me to pee in a cup. My head was spinning out of control as I tried to conjure up a way out. When the doctor came back, he confirmed what I already knew. I was one hundred percent pregnant. I begged and pleaded with him not to tell my mom. I promised that I would tell her when the time was right. Miraculously, he agreed. He even went as far as to give me a free month supply of birth control sample. He handed me the paper bag and said, “Here. This will hold you off a bit longer until you are ready to tell your mom. But, do not take them. This is just to make her think all is well.”

I guess it was good because the birth control provided my mother with the unspoken knowledge that her daughter was, in fact, having sex. But, after two weeks, she found the pills and noticed I hadn’t used any pads. Upon finding these things, she gripped me by the arm and hauled me into the backseat of my aunt’s car. We got about a half a mile down the road when I so insensitively blurted out, “Don’t even bother taking me back there. I’m already pregnant!” She let out a bloodcurdling scream and demanded that my aunt stop the car. She jumped out and hyperventilated her way back to the house. My aunt took me to her house, and later my mom called and said she didn’t want me back.

Most of my friends and family members did not think I should even consider keeping my baby. Ultimatums were given, and the persuasion to abort was intense. Chris had broken up with me about a month after we found out, and I was convinced I could never do this alone. Yet, even with all my doubts and fears and with no religious convictions whatsoever, I still could not go through with aborting my baby. It had nothing to do with God or moral ethics—I didn’t believe in either of those things back then. It was simply my respect for humanity and motherly instinct. Knowing that there was an actual life living inside of me changed everything. I lost so much of my support system when I decided to choose life.

Why Choosing Life Was Hard

The deep loneliness I experienced in that time, along with the intense morning sickness that left me with nothing to vomit except bile, was extremely hard to bear. My mother still wasn’t speaking to me and Chris was doing his own thing.

It altars the life of a woman forever. I won’t ever tell you my journey wasn’t difficult. It was actually quite grueling. Being 15, pregnant, and alone with severe pregnancy acne and no means whatsoever to buy nutritious food or maternity clothes, while throwing up on the daily and still attending the same high school as your baby daddy who isn’t interested in you is not fun. I was lonely, confused, and so, so scared. But it was in those dark moments that I started talking to the child that was growing on the inside of me. I would literally tell him everything… my fears, my insecurities, my hopes, and my dreams. He became my best friend and, ultimately, my very reason for living. Finding out that I was having a son made our bond even tighter. Christiano became the love I had been searching for my whole life—love to give and to receive.

It was in those dark moments that I started talking to the child that was growing on the inside of me… He became my best friend and, ultimately, my very reason for living.

After not seeing my mom for quite some time, I asked her to please come to an ultrasound with me. She agreed. Her heart immediately softened when she saw her grandchild on the screen. When the doctor told her that I was underweight and malnourished from all the vomiting, she immediately came to my rescue and asked me to move back home. I could see in her eyes that she’d already grown to love the little life growing inside of me.

Eventually, when I was about 34 weeks pregnant, Chris and I got back together. He expressed his regret and opened up about how scared he had been. I, too, was scared and might have run away if I could have. At 35 weeks, I ended up with severe toxemia due to high blood pressure. I was placed on bed rest for weeks. As if that wasn’t scary enough, the labor and delivery were even more traumatizing. I lost an excessive amount of blood during my delivery and had to have two blood transfusions. I could have died on that delivery table.

What I Learned About True Love

I’m so grateful for the doctor who never once tried to pressure me to abort my baby. In fact, he never even asked me if I wanted to keep my baby. He just did his best—he did his job—as he cared for the both of us. Because both of our lives mattered. Not just mine, but the life of my unborn son. I wonder if this were to happen to me today if my experience would be different. Would the doctor tell me that having my baby could ruin my life? Would he tell me I was too young and that I had my whole life ahead of me to “try again?”

And, even me. If I knew that the child I chose to keep would later pass away in a tragic accident at only 18, would I still have chosen life? The answer is yes. A billion times, yes.

My son saved my life. I was indulging in all sorts of things that no 15-year-old should. I partied hard and didn’t think twice about it. I was headed for a life of destruction and addiction. But, Christiano. But, God. The God I had denied my whole life never once denied me or my child. Even in my failures. He pursued me. He poured out His perfect love, His undeserved mercy, and His amazing grace. He showed me, through my child, that love has no conditions. It never ends. It doesn’t give ultimatums. It doesn’t serve itself over others.

—
For more articles on motherhood or women and culture, start here:

Unplanned Pregnancy—the Tale of Two Girls
Why You Need to Talk to Your Teen Girl About Sex and How to Do It
On Courage: Strong People Have Weak Moments
Being Pregnant Is Hard! 4 Truths for a Mom-To-Be
You Are Loved More Than You Know

True Beauty is Found in a Woman’s Strength
You, Your Man, and His Baby Mama All Need Grit and Grace
A Life Full of Hardship Has Made Me Joyful
Bible Verses From the Grit and Grace Team on Peace
What It’s Really Like to Have a Child With ADHD
#gritandgracelife

You’ll also enjoy this episode: How to Feel Your Emotions in a Healthy Way With Dr. Zoe Shaw – 075!

But, God. The God I had denied my whole life never once denied me or my child. Even in my failures. He pursued me.

Shannon is a wife, mother, writer, and speaker who longs to bring hope and healing to hurting and grieving people through her ministry, From the Ruins.