A Toddler’s War on Food: Finding Peace in Compromise 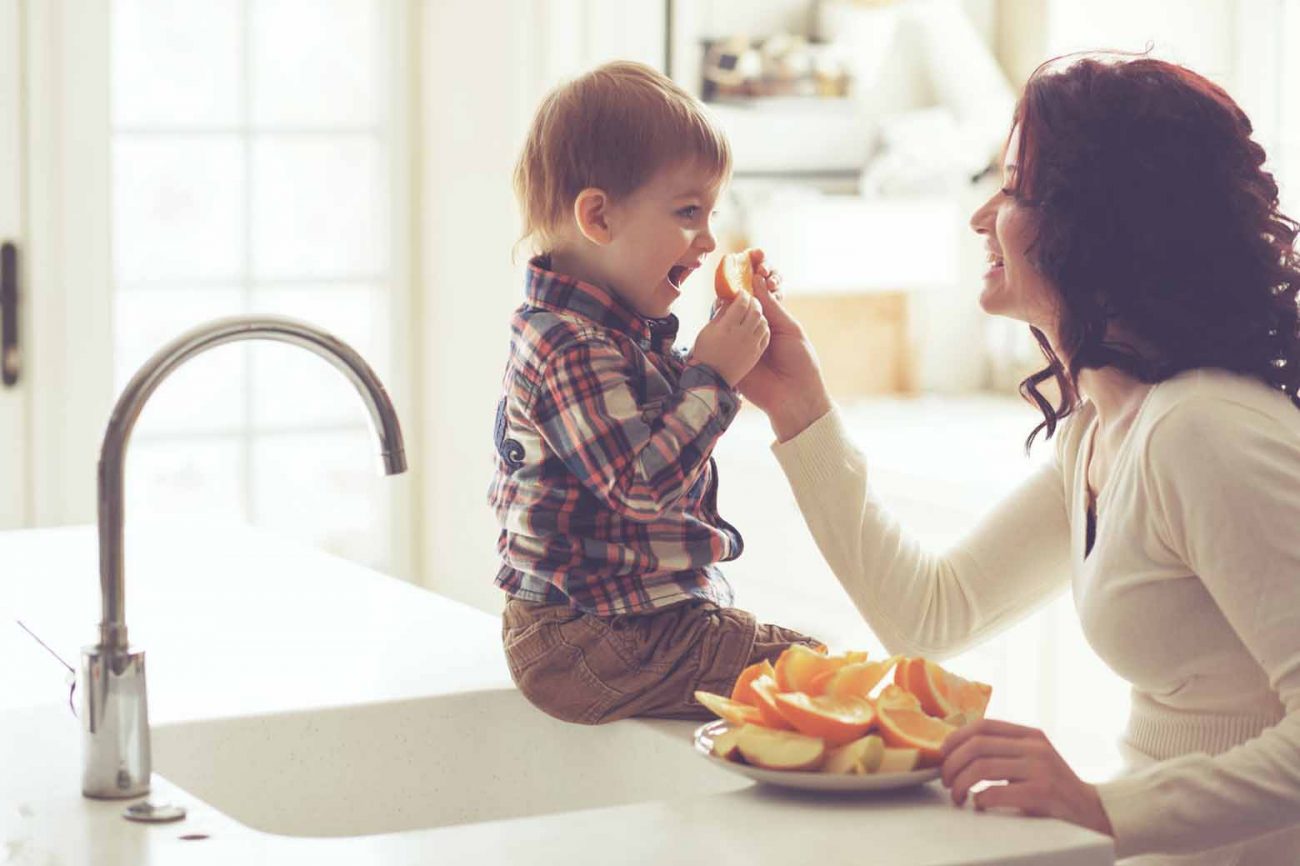 Sometimes, toddlers are picky. Okay, fine. Toddlers are picky. End of sentence. It’s hard to get them to do anything you’d like them to, such as sleep, clean up, wear clothes, use the potty, or eat healthy. This last one can be a particular battle in our house. Our family cooks a lot—most of our meals actually. I know that when I cook, it’s probably healthy, and it will usually please my kids. But sometimes I can put three of my toddler’s approved foods on his plate, and he won’t touch them.

This raises a few concerns for me. First and foremost, I want him to be healthy and to grow strong. I know that he’s got to have good food (or food at all!) in order to do that. So when I put a meal in front of him and he won’t touch it, and screams for candy instead, I get worried. Or when I choose something I’m sure he will like (i.e. something he’s liked it in the past), and he refuses it, I’m torn. I don’t know whether I should just let it go and not worry that he isn’t hungry/doesn’t want it, or if I should fix something else he might like. I also don’t want to become a short-order cook, and I don’t want to concede every time he rejects a meal. I certainly cannot always feed him what he wants (ice cream). But sometimes I can’t even convince him to sit at the table for more than 3 minutes, so how can I possibly expect him to eat a full meal that I’ve chosen for him?

This means that sometimes neither of us get what we want. But most times, we both get a little of what we want.

The first thing I do is try my hardest to put one thing on his plate that I know he will eat. This usually translates to some sort of fruit. He’s a fruit lover, and I know if I want him to eat green beans, then I need to give him a little mandarin orange too. Often I find that when he starts eating that item, when it’s gone, he moves seamlessly on to whatever else is on his plate. Winning!

The second thing I do is try to let him choose his plate, choose where he sits, etc. My daughter (who’s almost four) finishes her food before he does almost every time, simply because she doesn’t fight about it (anymore) and she’s in a very hungry phase right now. When he sees her running around and he’s only taken four bites, he’s ready to play, but I don’t want him to get up yet. So sometimes I let him sit next to me in the living room, or out on the porch, or in front of the TV, and help him (cleanly!) eat more. This way, he doesn’t feel like he’s left out.

I realized all of this one day when my daughter finished before him. She went outside to blow bubbles and he could see her through the window. He wouldn’t eat another bite, begging to go outside. Finally, I just offered to sit with him outside and let him finish his lunch out there. He happily sat on the bench with me, surrounded by bubbles, eating his lunch. It seemed like a battle won for both of us. We didn’t need to fight—we just needed to change our perspectives and compromise.

If you have any tips on how to get a toddler to eat, please share! Us toddler moms can use all the help we can get!
—
You may also like Don’t Judge Me—Freedom from Guilt in Motherhood, Let Me Entertain You—the Mom Myth, and When Mom Owes an Apology too!

Grit and Grace for the New or First Time Mom

How to Handle Real-Life Struggles That Challenge Your Faith – 112