Home / HerStory  / My Affair: How Grace Changed My Marriage for Better

My Affair: How Grace Changed My Marriage for Better 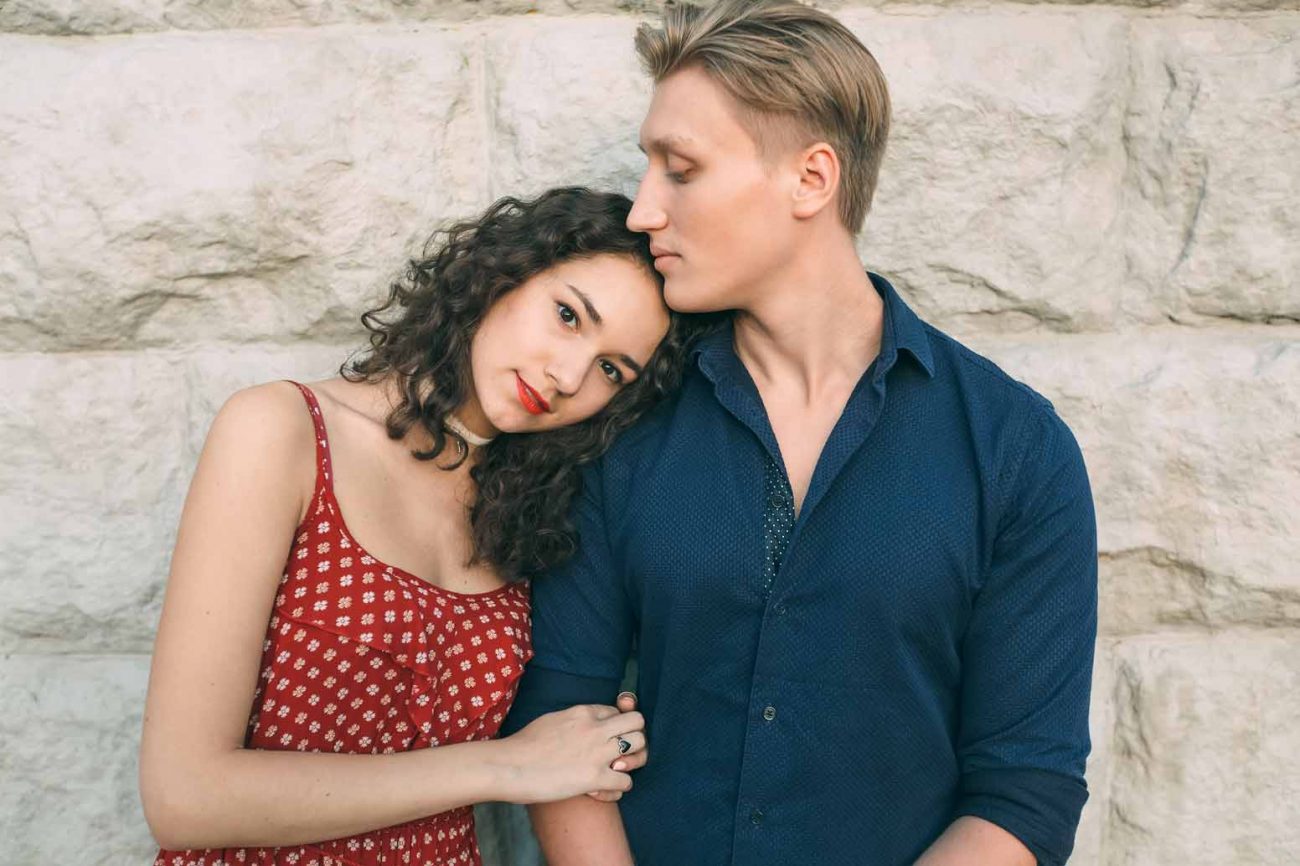 Sitting on the side of the tub in my parents’ bathroom, I stared at the two lines on the pregnancy test. I felt numb. I felt scared. I felt ashamed. What was I going to tell my husband? It was not his.

The last few years had been full of tragedy and chaos for our family. During this time, there was a disconnect in my marriage that we were not able to address at the time. My husband, Josh, was in an accident and because of this he was diagnosed with a Traumatic Brain Injury and PTSD.

I hit my very lowest point in life.

I felt I had lost the man I married. My husband, who was once outgoing and full of life, became a recluse alone in his room. My weekends that were previously filled with fun family outings became quiet nights in front of a television or trips without daddy. My former nights of laying with my husband talking for hours became hours of loneliness and tears. The man I fell in love with was no longer with me.

As time went on, I had found my own therapy for these stressors. Making sure things were set in place at home, I would tuck our two boys in for the night, and I would head out with friends for what I justified as a much-deserved break. What started as once every other month became twice a week. What started as one drink led to countless.

Far too often, a friend would bring me home, and I would quietly stumble inside, collapsing wherever was closest or most convenient. One morning, as I sat on the toilet with my head against the wall, I woke up to my son’s voice in the bathroom saying, “What are you doing Mommy?” I looked down and noticed my clothes were on the floor. I felt embarrassed, but I numbly stated, “I’m just going potty.”

Leading a double life, I was exhausted.

I convinced myself that everything was fine, but I was in great denial. While my nightly excursions gave me a reprieve from my new, daily reality, it could not fill the void that was created by the changes in my husband. I yearned for his affection. I yearned for praise, for comfort, for attention. When I felt like I was not receiving this at home, I selfishly found it from another guy. He would send me flirty texts, give me compliments, and I felt appreciated. After making this connection, we had an emotional affair for a little over a month. What started as an emotional affair became physical. I broke the covenant I thought I never would. Although I felt some guilt, I continued to justify living two different lives.

One day after work, I walked into the bathroom feeling exhausted and I looked in the mirror. I remember the circles under my eyes, the pure exhaustion showing itself on my face, and I knew that my immoral actions would now be affecting my family. I kept putting it off but finally made myself buy a pregnancy test. After the results finally sank in, I had no clue how I was going to handle it. When I could no longer contain the guilt, I told my husband that I had some important things to tell him.

Seeing him go was a welcome relief.

I had a false sense that it was going to be simple. We ate breakfast at a pancake shop that morning. Each sweet, sticky bite I chewed seemed to allow me to delay telling the truth. When we finished eating, we sat in a parking lot and I told him about the affair, “I’ve been having a relationship with someone else.” His eyes turned towards me and he asked, “What kind of relationship? Who is he? Have you had sex?” I responded quietly, “Just a guy I met, yes, I’m so…,” I started to apologize and he interrupted with gruff words, “Don’t say another word. Don’t speak to me right now.” As the car door slammed, I was shaking and my eyes filled with tears.

He stiffly walked to the end of the parking lot and rammed his fist into a street sign causing it to swing back and forth. As the door opened again, he stated with barely-veiled anger, “Take me home.” He packed a bag for the night and he left. There was so much tension and draining emotions between us that I was not upset to see him go; I was relieved.

The next day he came back. I was not only in shock but selfishly disappointed. The next couple months we went through the typical steps of trying to save a relationship. We saw therapists, we talked to friends, and went to church. During this process, we told my family about the pregnancy. My dad made a statement I will always remember, “You can both give 100%, but that does not mean this will work out.” At the time, I took this as a pessimistic idea.

As we moved forward with broken hearts, we both focused on our own hurts, our own needs, and our own happiness. I had come to the point of giving up, and I did. I told him I could no longer fight this fight.

I continued to grow a child inside of me and build walls around me.

We both hired attorneys, and the tension between us grew. Our divorce date was set. I could not stand to be around him or hear his voice. Every time I spoke with him, I was raging with anger. The majority of the time we spoke, he would speak to me so calmly and it made me question him more. The constant question was, how could he even be treating me with respect right now? There was no way he was sincere.

When I was about eight months pregnant, I called him in anger, but when I hung up I had this constant feeling of what if? Could it be possible for us to be a family again? After I texted him my feelings, he brought me a recording of a message from church on forgiveness. “Please listen to this,” he pleaded. Connecting to this message, I cried tears that I had not shed in three years. Due to the intense emotions and big decisions at stake, we decided we would wait until the baby was here to discuss anything regarding our relationship. Staying guarded with our feelings, we continued to live our separated, yet parallel lives including our boys.

A baby in my arms opened my heart to forgiveness.

The day I was scheduled to have Garrett via C-section, Josh brought me breakfast. It was kind of surreal. As he stood there, with no words spoken, I could feel the connection between us. My heart felt content.

When Garrett was born, I sat in the hospital room by myself for many hours. I cried and reviewed events from the past year in my head. “Why, Sarah? What were you thinking? Who will help you take care of your new son? What are people going to be saying? What’s going to happen to your marriage? Is this even possible to save?” My heart now yearned for grace, forgiveness, and reconciliation.

Although my heart was now open to reconciliation, the next two months were still difficult. Josh doubted my intentions and his ability to trust me again after what I had done. I knew that I had to show him that my change of heart was sincere and that I was recommitted to our marriage. After several sessions with our therapist, Josh and I committed to each other to save our marriage. Although we knew this would not be an easy process, we were resolved to be steadfastly dedicated to one another.

Redemption and grace rebuilt our lives.

The following months proved to be an emotional roller coaster. We had to both be giving 100%, sometimes more. At times life would just about seem normal, and then one of us would have a wound that would appear from the past. We had to focus on each others’ needs, not just our own. We had to be able to allow each other to heal at the speed best for them. We had to remember we were a team. We surrounded ourselves with people that supported us, showed us love, and held us accountable. We had to put our lives back together as one after we had already started building lives without each other.

Our hearts were humble, our hearts were open, and our hearts were redeemed. Perhaps the biggest blessing to come out of this difficult time is that our three boys were able to watch the true definition of forgiveness and redemption play out in front of them.

From the moment they met, Garrett and Josh looked at each other with absolute adoration. Garrett was automatically a daddy’s boy at heart, and when he was two, Josh officially adopted him. He constantly asks, “Where’s Daddy?” He is happiest attached to his side.

I watch in humble amazement as our youngest has such a precious place in so many people’s hearts. After five years, there are times when it seems surreal—like the whole thing was a dream. There are other times when we have to rewind and address wounds we did not know existed. Then there are my favorite times… the times we lay together in the dark, snuggled up tight, as Josh rubs my head, talking about the past and being so very grateful for being willing to stick through the hurts and mistakes so that we are able to have the marriage and family we have now.

How My Husband and I Survived My Affair
When Your Friends and Family Can’t Get Over the Affair
5 Ways You Can Revive a Stale Marriage
Keeping a Marriage Strong When Hardship Strikes
You, Your Man and His Baby Mama All Need Grit and Grace
How The 5 Love Languages Can Change Your Relationship

Skillet’s Korey Cooper Talks About Marriage, Motherhood, and Rock ‘n’ Roll
5 Slogans From AA That Will Make Every Woman Wiser
How Do I Know What Defines Me?
Married to the Badge: Not Your Typical Life
Overcoming Shame in the Grit and Grace Life
#gritandgracelife

Don’t miss this episode of This Grit and Grace Life podcast: Can You Really Leave Your Past Behind You? – 028!

Sarah Beth's goal in life is to show others that our mistakes do not have to define us.

You Can Turn Back to God, No Matter What—This Is Why