Home / Life & Culture  / Homelessness: Do We See the Person Behind the Problem?

Homelessness: Do We See the Person Behind the Problem? 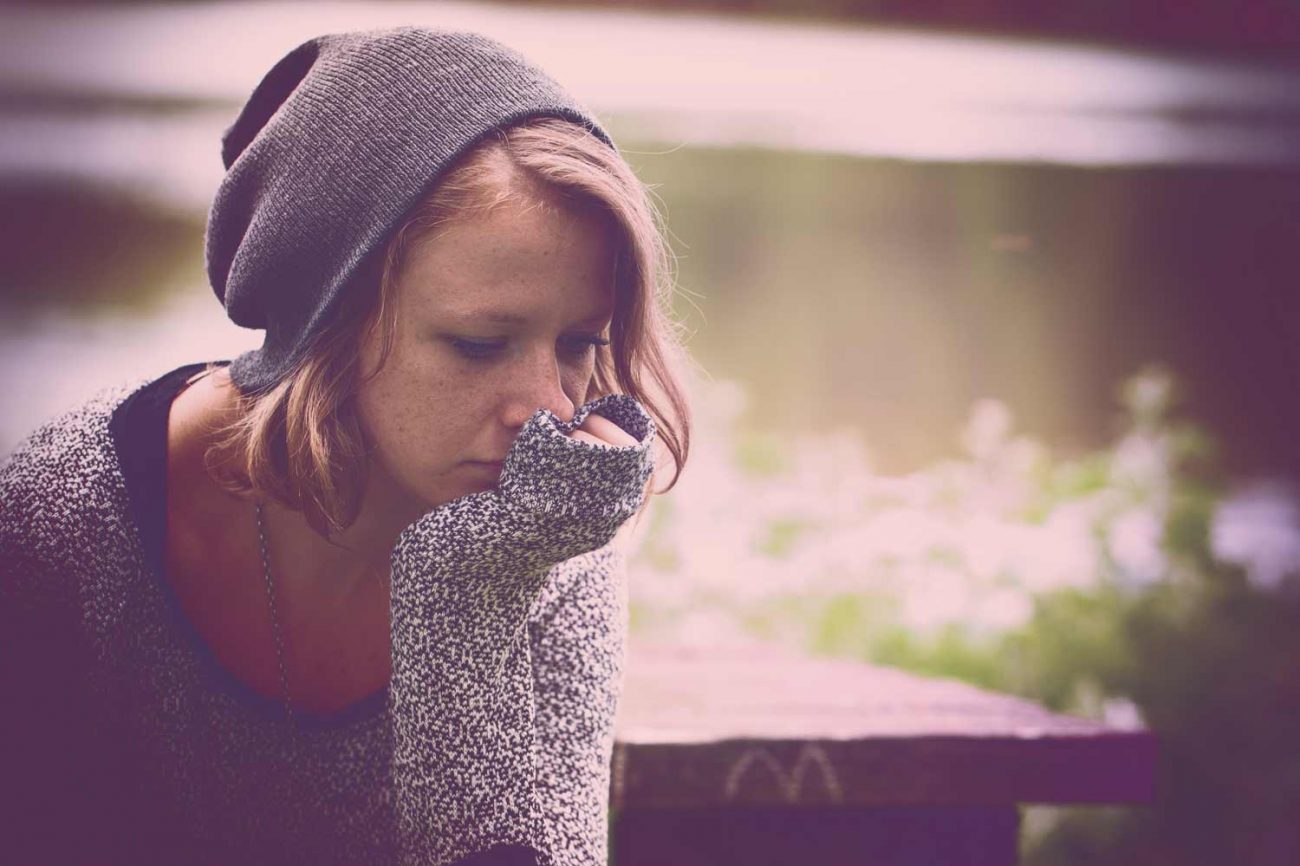 “Heart to God, hand to man” is a slogan first spoken by William Boothe, the founder of the Salvation Army. It was also the inspiration of a song written and recorded by one of the musicians I worked with, Geoff Moore. The concept captured his heart: an answer to the plight of humankind first introduced in the late 1800s for the homeless, the hurting, and those in need. Realizing that this same need had not changed, Moore wanted to reintroduce that passion to a new generation. Because of that, we partnered with the Salvation Army, and that relationship educated me in a way that I hadn’t expected.

To understand what the Salvation Army did, we went to their facility in Nashville, Tennessee where our first stop was a room filled with children. Theirs was the only daycare in the city specifically for families who found themselves homeless. Watching the kids play as all kids do, I wondered if it wasn’t for this place, where would they be? How would their parents find a way to move forward, get a job, and find a home if there was no one to care for these children?

We continued to walk the halls of the buildings, viewing their facility and hearing the stories the workers told. As we entered the housing area, I gazed down the hall to see this quite beautiful, tall, regal-looking black woman. Probably in her early 50s, she stood peaceful and proud, wearing a modest dress with simple black pumps. I thought she must have been a worker caring for the needs of others.

As we approached her, following a quick introduction, I soon realized I was mistaken; she wasn’t a worker but a resident. That day one of my goals was to understand, to gain insight into why. She seemed so different than what I expected. So, I asked, “Will you tell me your story?” She graciously said yes. We moved into a community room where we sat down, and I was given the privilege to hear the journey this lovely woman had taken.

“Heart to God, hand to man” is not just a slogan for the Salvation Army. It’s an answer to the plight of humankind.

Less than ten years before our meeting, she was a professor of English at Vanderbilt University, a prestigious position at a prestigious school. She was married and lived in a lovely home with her husband near the campus. It was in the course of this comfortable, predictable life preparing her coursework, going home each day to tend the needs of herself and her husband, when she received a diagnosis, a result of a regular physical exam. She had cancer. It was aggressive and came with excruciating pain. This diagnosis led to multiple surgeries and chemo, with painkillers to manage her life, the only things that enabled her to continue to teach.

After a few years of waging this battle, she received wonderful news: she was cancer-free, entirely in remission. Although she was free of the disease, she found herself shackled to something else: she had become addicted to pain medication. In the course of the next few years, she lost her job. With her husband at her side, she made repeated efforts to get clean, but failure after failure kept her trapped in the cycle, and her husband became hopeless that she could change. No longer believing there was hope, he left her. They sold their home, splitting their assets. She then moved into an apartment by herself.

As the addiction continued, she was no longer able to get prescription drugs. It was then that she resorted to street drugs. This craving depleted all of her assets, and with the money gone, she was no longer able to pay her rent. She was evicted from her apartment and homeless on the street, living out of her car with a few possessions, blankets to stay warm at night, a few items of clothing, and the craving that would not leave.

It was there that a Salvation Army worker found her and invited her to their facility for a meal. This everyday trek, entering their facility to receive the once-a-day meal was enough to sustain her as she continued battling the demons of her addiction.

It was also there that she found more than food; she found hope. Assisted by the very organization that offered this “hand to man,” they arranged placement for her at a rehabilitation facility where she went through the agony of withdrawal toward the healing and wholeness that lay ahead.

She told me it was the most difficult thing she had done in life, but because there were those who cared for and believed in her, she thought she could do it. Those who fed her found a place that would care for her, those who wrapped arms around her as her body heaved ridding itself of the poison that had trapped her. They swaddled her in blankets as she shivered uncontrollably, tenderly wiping her forehead and comforting her with their words.

Her eyes glistened with tears as she shared the compassion given to her, the simple sacrificial acts of others that led her to a new life. The tears dried up as she sat a little straighter, a smile on her face, telling me that she now was back at Vanderbilt University. Not as an English professor, but as part of the housekeeping crew that cleaned the facilities. And she was proud that she held that job.

The reason for her lovely dress and simple pumps that day was that very morning she had interviewed with Human Resources at the University and was being considered for a part-time assistant role to a professor. She had been clean long enough that it appeared they might be willing to take a chance on her. But she stated to me, “It doesn’t matter whether I get that job or not. I am whole. I am free.”

Hers seemed a unique story to me, but as I asked the workers about others, they told me the homeless they served came from every economic platform and every race, with stories as diverse as the people who told them. I realized that day that when we avert our eyes from the dirty clothes, the filled carts, the cardboard signs, ignoring the need of these individuals, we fail to see the man wearing those clothes. We fail to comprehend who the woman is clawing through trash trying to care for her children any way she can. We do not see them as they once were or as they could be again.

When we avert our eyes from the dirty clothes, filled carts, and cardboard signs we fail to see people as they once were or as they could be again.

The cost of housing, especially in the west coast region, has created an increase in the number of homeless. Touting that the overall rate of homelessness has decreased in the last ten years, in the United States, there are still over 500,000 individuals living on the street, more than the entire population of the city of Atlanta.

We often look to the government to provide the solution. As they keep spending money in an attempt to help, there is very little change. A steady increase in homeless spending for the city of Los Angeles year over year touts an allocation in the most recent annual budget of $430,000,000. Between 2012 and 2018 this population increased from 36,000 to 53,000 individuals. It is not that money is not needed, it is personal human compassion that is.

It is people caring for people. It is finding organizations who do this noble work: volunteering, supporting, opening their eyes to the need, and international organizations like the Salvation Army or local ones like Home Street Home in Nashville, Tennessee. This local entity was founded by a formerly homeless man and two strangers who befriended him while he was still on the streets. They are dedicated to “Changing the face of homelessness one person at a time. Our job is not to judge. Our job is not to figure out if someone deserves something. Our job is to lift the fallen, restore the broken, and heal the hurting. It’s a job we love doing.”

If I’m honest, it’s not a job I would love doing. Although I was honored to meet this gracious, inspiring lady, I’m not drawn to the streets to care for this population. I would not know how to love and serve them. But what my encounter that day told me is that there is a story behind each life that has been shattered, a tale that others whose hearts beat for these overlooked individuals do understand. They will serve the homeless, and in any way I can, I will serve them, too.

May we remember this slogan that has carried the passion of an organization for more than 100 years. May we become the people who reach out to this hurting community, and to those who care for them. May we live every day with a “Heart to God and a hand to man.”

7 Brands That Are Helping Women Around the World
You Can Start an Exercise Habit, Here’s How to Do It
When You’re Desperate to Know the Reason for Your Pain
5 Lessons Every Woman in the Workplace Should Learn
Married to the Badge: Not Your Typical Life
Ask Dr. Zoe – How to Love Your Foster Child’s Parents

You’ll love this podcast episode from This Grit and Grace Project: Why Cross-Generational Friendships Make You Better – 060