Home / Life & Culture  / Margaret Thatcher: A Woman Made of Iron, Grit, and Grace

Margaret Thatcher: A Woman Made of Iron, Grit, and Grace 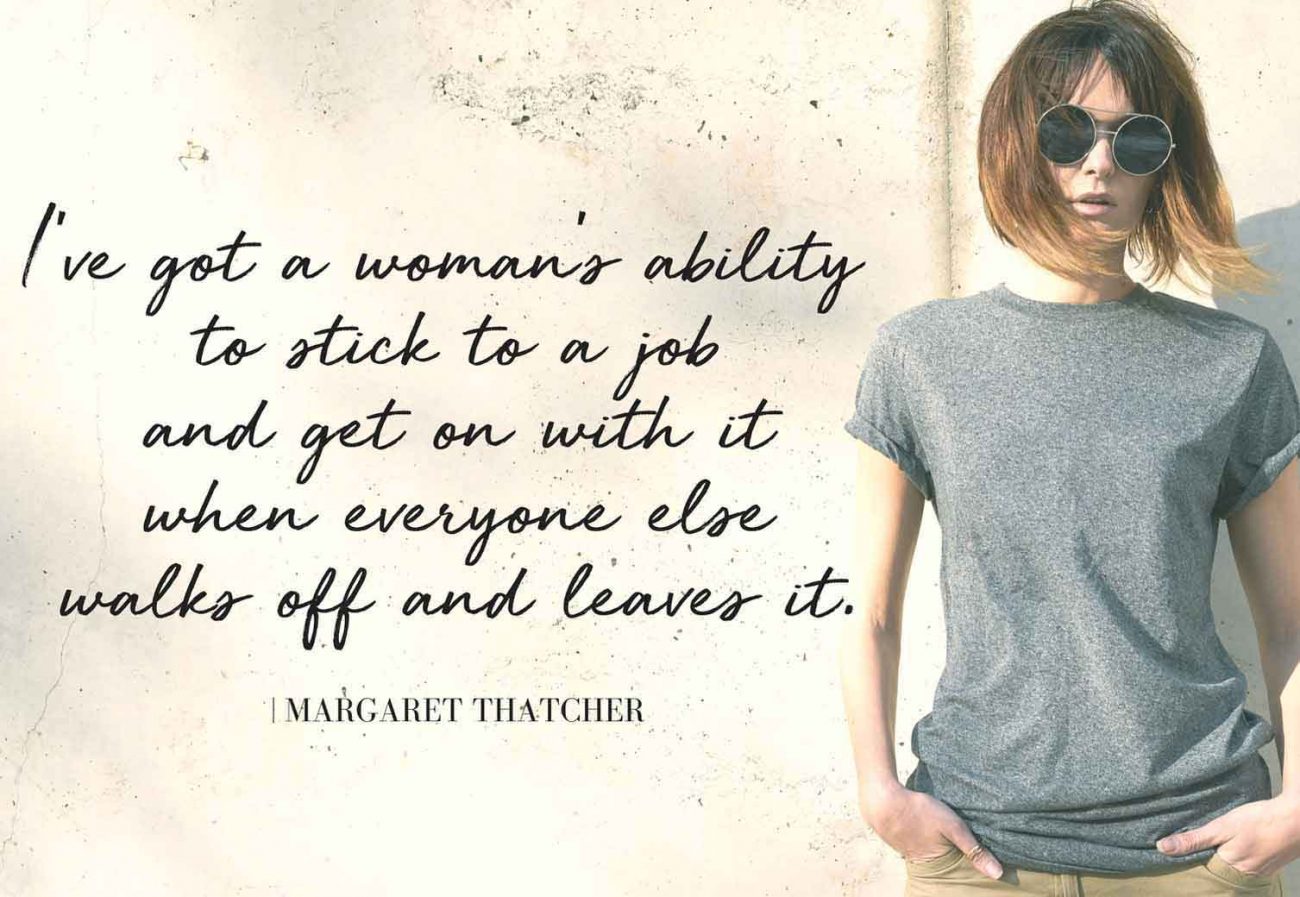 March 8th is International Women’s Day, a day set aside to acknowledge the political, economic, and social achievements of women around the world. With that in mind, we couldn’t help but take the opportunity to recognize a woman who so powerfully embodied grit and grace that she was nicknamed the “Iron Lady.” She left a legacy that extends far beyond her country, Great Britain, and the time in which she held power. She achieved things a woman had never achieved before, but that’s no surprise when she’s the one who said, “If you want something said, ask a man; if you want something done, ask a woman.”

Margaret Thatcher was born to Alfred and Beatrice Roberts, who lived above the corner grocery store they owned and managed in eastern England. Alfred was involved in local politics and talked through the issues of the day at home, exposing and inviting Margaret to think through these things at a young age and instilling in her a deep commitment to hard work and public service.1

However, Margaret writes in one of her memoirs that one of the most influential events during her formative years was when she and her family helped save Edith Muhlbauer, a 17-year-old Jewish girl, from Nazi Germany. Edith and Margaret’s older sister, Muriel, were pen pals, and when tensions rose in Vienna, Muriel received a letter asking if their family could help get her out of Austria. Margaret and Muriel worked in their community and also received help from the local Rotary Club to raise funds to bring Edith to England. The Roberts and more than a dozen other families from the Rotary Club provided housing for Edith for two years until she could join family in South America.2

Margaret was a bright student at the University of Oxford where she studied chemistry and was tutored by Nobel Prize winner, Dorothy Hodgkin. She also had her first taste of politics when she served as president of the student’s Conservative Association. Thatcher met many prominent politicians and quickly gained attention for her political views and ability to speak with force and confidence, all of which led her further into politics. She once said, “I love argument. I love debate. I don’t expect anyone just to sit there and agree with me—that’s not their job.” By her mid-twenties, she was gaining national recognition, met and married her husband, Denis Thatcher, studied and qualified as a lawyer, and had her twins, Mark and Carol.3 Balancing the roles of being a mom while studying law gave her a unique perspective many women find themselves in, “Any woman who understands the problems of running a home will be nearer to understanding the problems of running a country.”

This impressive woman worked her way up through positions of political power, eventually becoming the first and only female Prime Minister of the United Kingdom. Not only was Margaret the first woman to hold office, but she was also the longest-serving prime minister of the 20th century, from 1970 to 1990.4 Margaret once said, “I’ve got a woman’s ability to stick to a job and get on with it when everyone else walks off and leaves it.”

England, and Margaret as the head, faced many challenges during her time of service.  However, this woman’s will proved to be made of steel as she turned Britain’s severe economic recession around, handled foreign policy with firmness and effectiveness, survived an assassination attempt, rose above strife and criticism within her Cabinet, took a strong stance against Communism, and played a constructive part ending the Cold War and Soviet Empire.5 As she so poignantly stated, “You may have to fight a battle more than once to win it.”

Although she withdrew from running for a fourth term due to a lack of support from her cabinet, Margaret Thatcher “permanently changed not only the course of British history, but that of all history.”6 She never felt like she had to prove her strength, she simply displayed it. After all, she once said, “Being powerful is like being a lady. If you have to tell people you are, you aren’t.”

—
You’ll also like Women’s History Month: Celebrating Strong Women, Anatomy of a Strong Woman, Freedom from the Glass Ceiling and the Glass Slipper, Do Women Need to Be “Empowered” to Display Strength?, and Being a Successful Leader Starts With You
#gritandgracelife