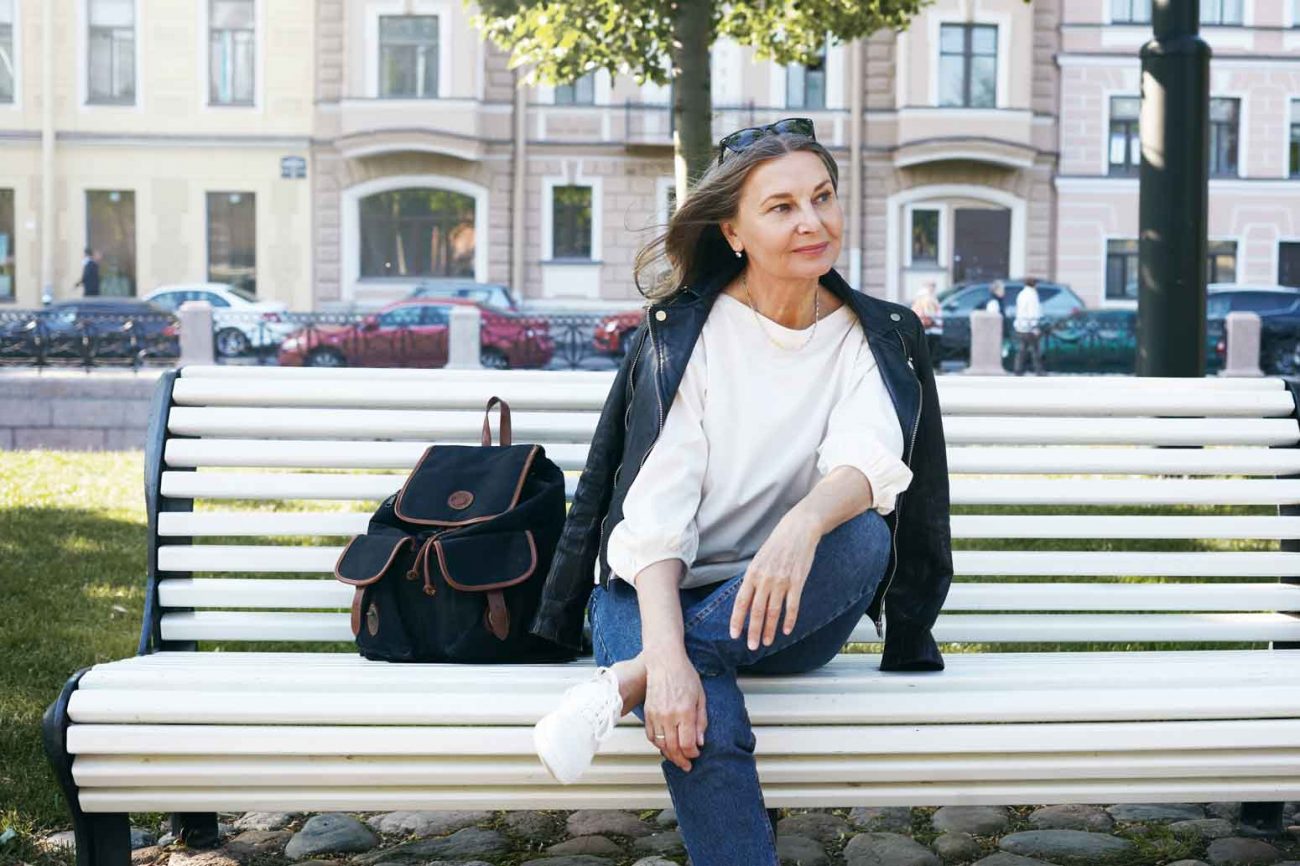 But what she lacks in stature, she makes up for in personality.

See, my mom is from Jersey. Technically, we all know it’s New Jersey, right? But the truth is, there is a certain cachet to New Jersey that fits only when you say “Jersey.” It’s more fitting to the person, to the aura, than the formal version.

And my mom is very Jersey.

She’s tough. She’s got a fighter’s spirit. In some ways, it was difficult as a kid. My mom was quick to anger, and there were certain moments where we felt the full brunt of that force. But it was also mostly fun.

I remember a specific time when I was about eight and a neighborhood bully was picking on my brother. As it often does with bullies, it escalated and escalated until one fateful day he challenged my brother to a fight at the bus stop the following afternoon. In the blissful childhood of the 1980s, this was about as dire as you could get. No parents, no refs, just one kid threatening to punch another kid in the nose.

This kid was a year older than my brother, but he was not bigger. He was not stronger. But somehow my brother, the gentle giant that he was, did not realize this. In his mind, age equals might, and he was sure to lose. He was terrified.

At dinner that evening my mom sensed something was wrong. She could sniff it out like only a mother could do. My brother, hesitant to admit what was going on because we all know the first rule of bus stop fights is “you don’t talk about bus stop fights,” eventually cracked under her interrogation and spilled the beans. He was afraid because this kid was bigger and he didn’t know how to fight back and defend himself.

My mom, all full of Jersey piss and vinegar, was not having any of this. She didn’t intervene the way parents of today would, though. There was no phone call to the other parents to talk it through. That was not how 1980s parents worked. Instead, she took my brother downstairs and taught him how to throw a punch. She knew that this bus stop fight, as terrifying as it was, was necessary. If my brother didn’t stand up for himself now, he would forever be taunted and bullied by this kid and others.

That, my friends, is the second rule of bus stop fights.

It wasn’t my dad who taught him this most manly of manly skills, as most would assume. It was my mom. All 5-foot 5-inches and 120 pounds of her. She taught him. That was the Jersey in her.

Now, as we’ve grown into adults, this has mellowed some. She isn’t teaching us how to throw punches anymore or walking around ready to spring into action to defend (or discipline) her brood. Age has worked its charm and worn that fight down a bit.

But every once in a while, it pops up in the most unexpected of places.

Let me set the scene…

In the beginning of the year, my oldest had some major struggles and put some really scary things out on social media that pushed us into the path of counseling and interventions.

Then my other son had a horrible freak accident at school. It was terrifying and upsetting and challenged every bit of the grace I had in me to forgive and move on. Then my husband’s company filed Chapter 11. He still has a job, but it drastically changed his workload and caused him to disappear into a cocoon of work trouble and stress.

Then we all got the flu and then strep and then some weird virus that would not quit. No sooner would one of us get better than another would go down. It was exhausting.

Then finally, it seemed, we snapped. There were a few major incidents and a dozen minor ones that put our stress and exhaustion on full display. The kids were suffering, we were suffering, everything was falling apart.

And I lost it. I just fell apart.

The world seemed so dark and I saw absolutely no sign of relief from the stress and the pain and the attacks. Every time I would pick myself back up after some scary event, another would roll in, like waves crashing onto the shore. So, I just stopped. I didn’t get back up.

I called in an SOS to my boss, Darlene, asking for a respite from my duties. I couldn’t possibly face my job. I barely got out of bed. And I cried. Like, a lot.

My Mom Didn’t Teach Me to Throw a Punch, But She Did Give Me Advice

It was at this moment that my mom’s Jersey resurfaced. I called her from my bed of misery, mumbling, crying, playing the victim (and hard). She listened. She really did. I could tell her heart was breaking for me as a mother’s often does. She felt my pain acutely. I know she did.

But she also said the hard things, the things I needed to hear. She said this:

“Listen, Meg, so your life is s*** (insert Jersey expletive here). You’ve had a series of hard knocks. I know you think the devil is after you, and maybe he is. But the only way you’re going to get out of this is to get the hell out of bed and look up. Yes, this is a dark time, but God has got you. You’ve got to stop looking down at your battles. He’s got this. Instead, look up at what He’s already done. Look at the good things. Your kids. Your life. Your job. That is all God. Go with that. It won’t change the hard things, but it will remind you of the good ones. And for heaven’s sake, put some makeup on and handle it.” Now my mom lives 1,000 miles away. This is important to know. But with these words she effectively reached through the phone and smacked me plum across the face. This Jersey mom of mine spoke the hard words I needed to hear, and it woke me the heck up.

Nothing that she said changed anything about my situation. My marriage didn’t instantly repair itself, and my kids didn’t immediately hop to and get it together. My house didn’t clean itself after months of disregard (oh, how I wish it did), and the atmosphere around us wasn’t altered in any way.

But I changed. I woke up. And I began to fight again.

Are You Facing Your Own “Bus Stop Fight” Moment?

Listen friends, life is hard. There will be seasons where nothing seems to be going right. Maybe your marriage is in tatters, or your kid has gone astray. Maybe you’re sick with a terrible diagnosis, or you’re in serious debt. Maybe more than one of these things is happening simultaneously. These are dark, dark things. It does us no good to deny the existence of hard times or to pretend that once we find Jesus none of these things can touch us.

They can. And they will.

But the truth is that these are seasons of life. And seasons change. God’s mercies are new every morning, and dawn always comes after the night. We can trust in these truths.

But it is possible to pierce even the darkest night of our lives by moving through it. Yes, sometimes it’s going to take some tough talk from our mom or a trusted friend to remind us, but we have the power within us to push through. And look up.

It is possible to pierce even the darkest night of our lives by moving through it.

Remember that even in the dark there are blessings. They might be small—just the absolute breath in your lungs and the ability to take a walk outside on this great earth—but they are there. Look up, friends.

It doesn’t change where you’re standing, but it sure as heck changes your view.

And in case you were wondering, my brother did fight that bully. He met him at the bus stop and went toe to toe, fear and all. He won in as much as a 9-year-old can win a fight. He threw a punch and the bully backed down. He was never ever bothered again. He proved himself that day, maybe mostly to himself. Isn’t it funny how life works?

My Jersey mom was right all along.

You’ll love this podcast episode from This Grit and Grace Life: The Qualities That Make a Woman Strong – 122! 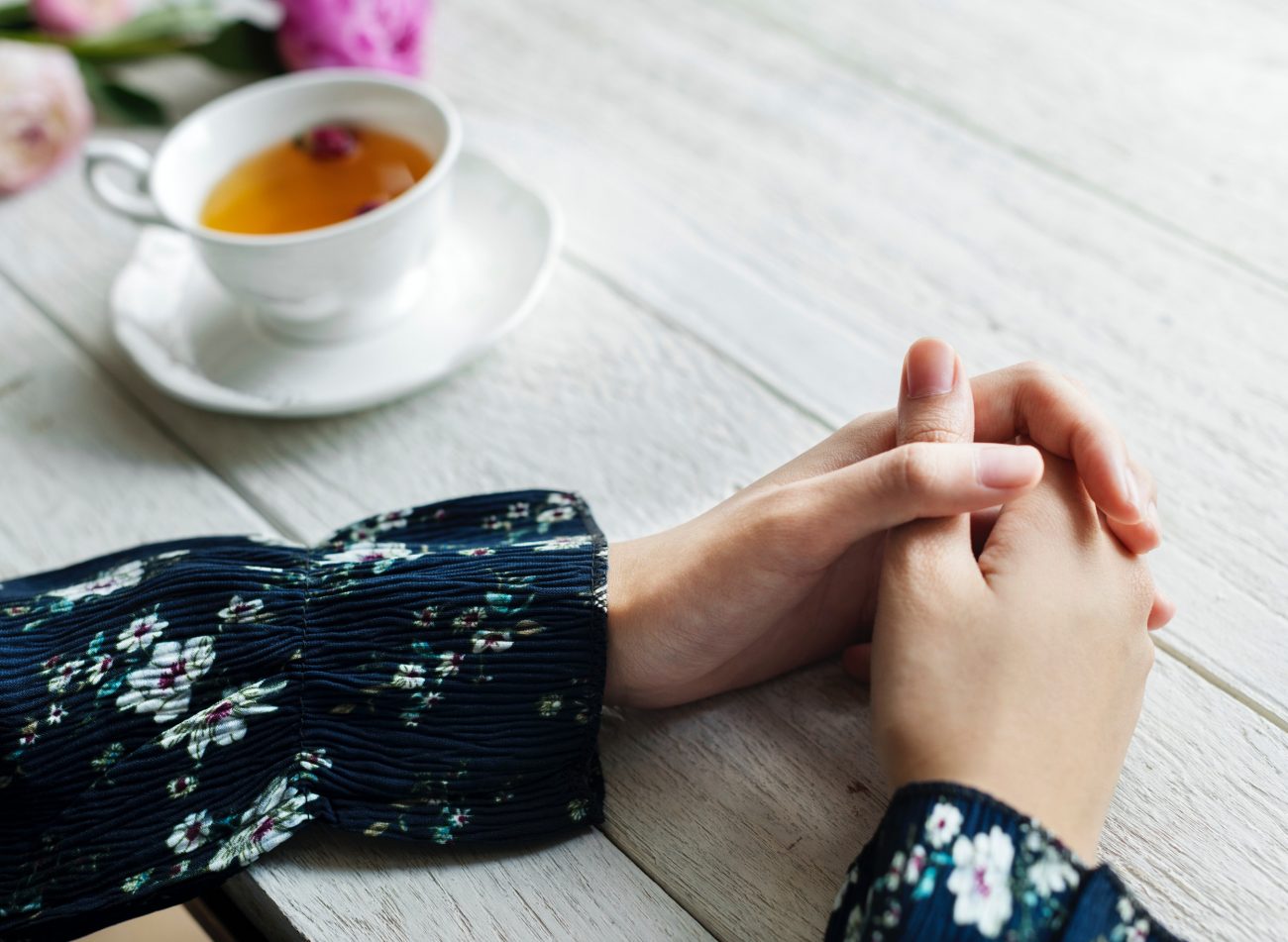 How to Find Joy Even When Your Circumstances Hurt 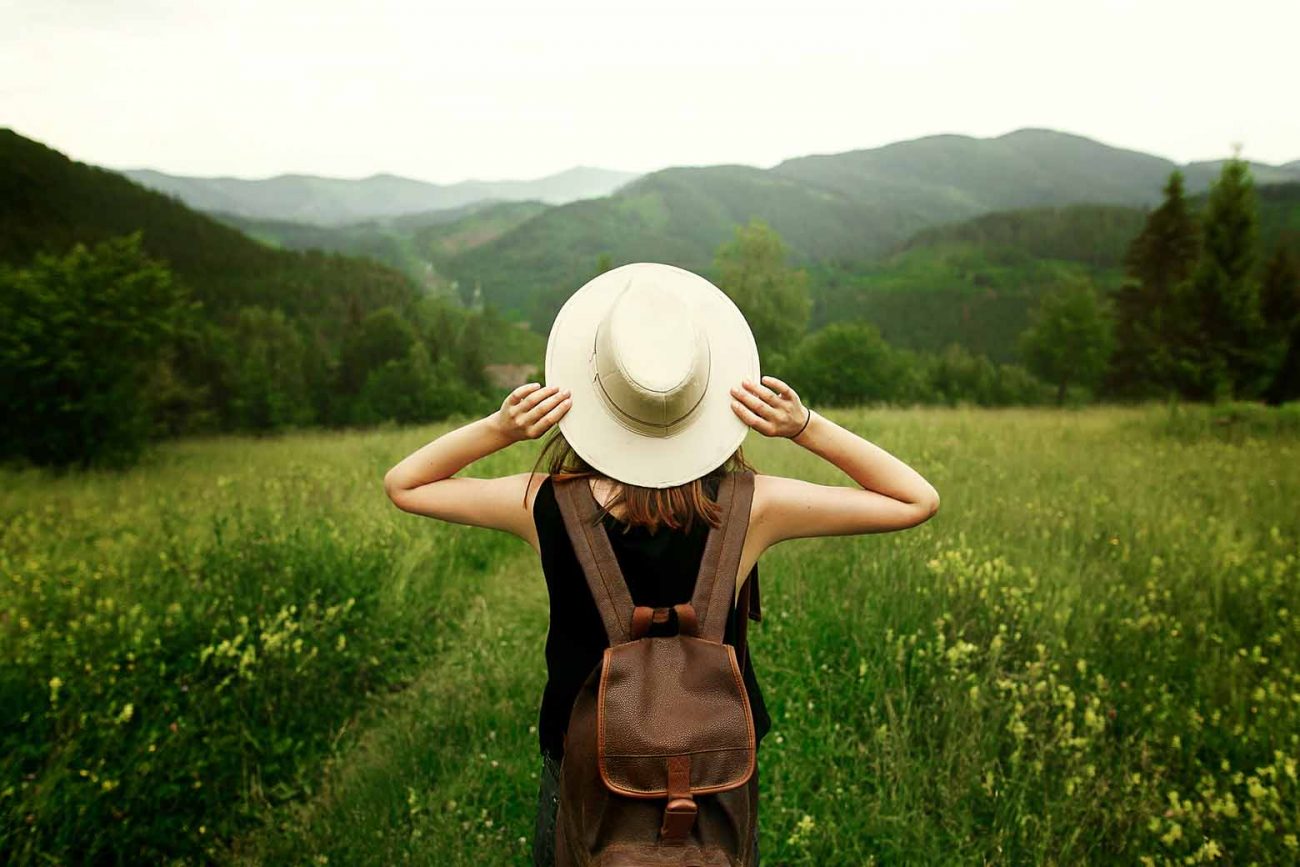 Our Plans Are Not Promises, But God Is Still Good 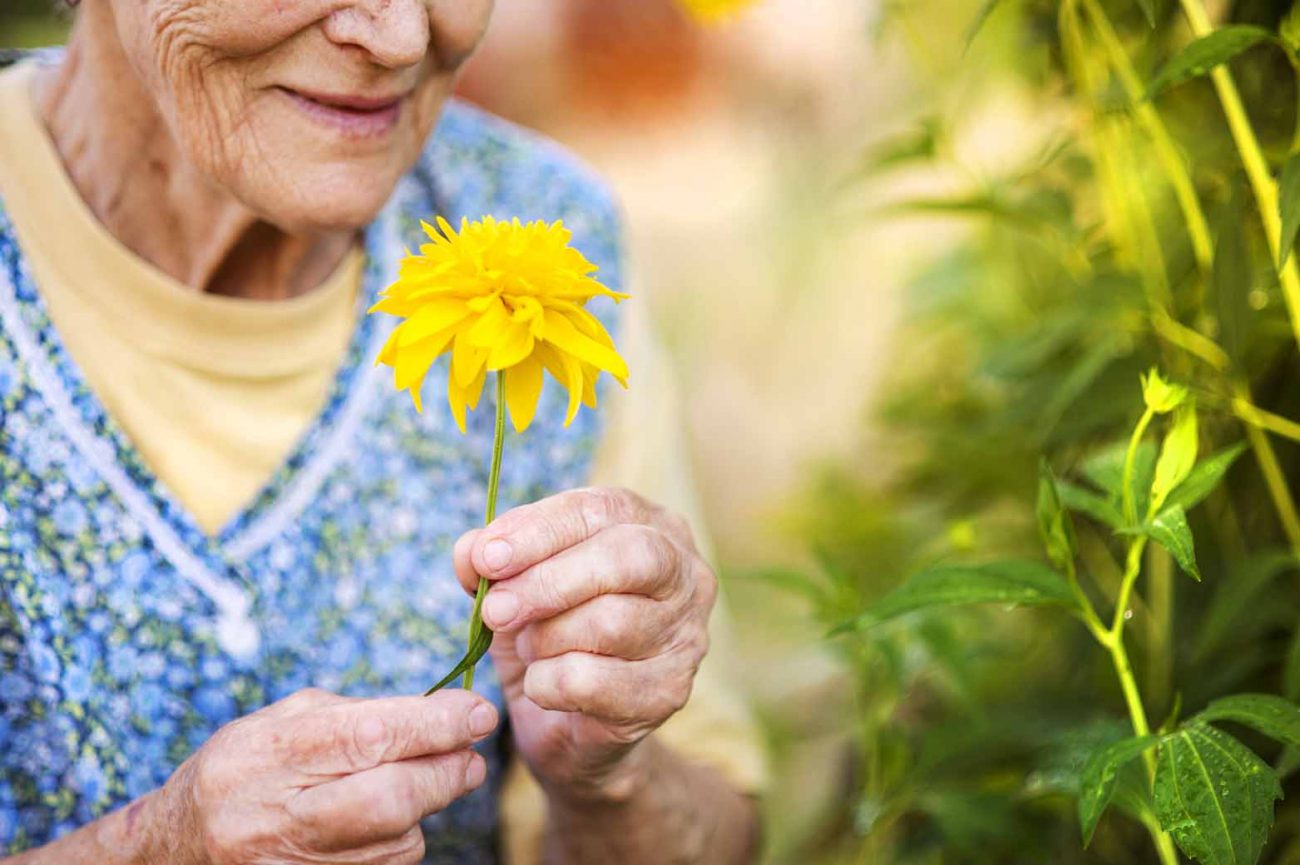 Now that I’m Grieving My Mom, I Wish I Appreciated Her More