This Is What 5 Men Said About Women and Relationships 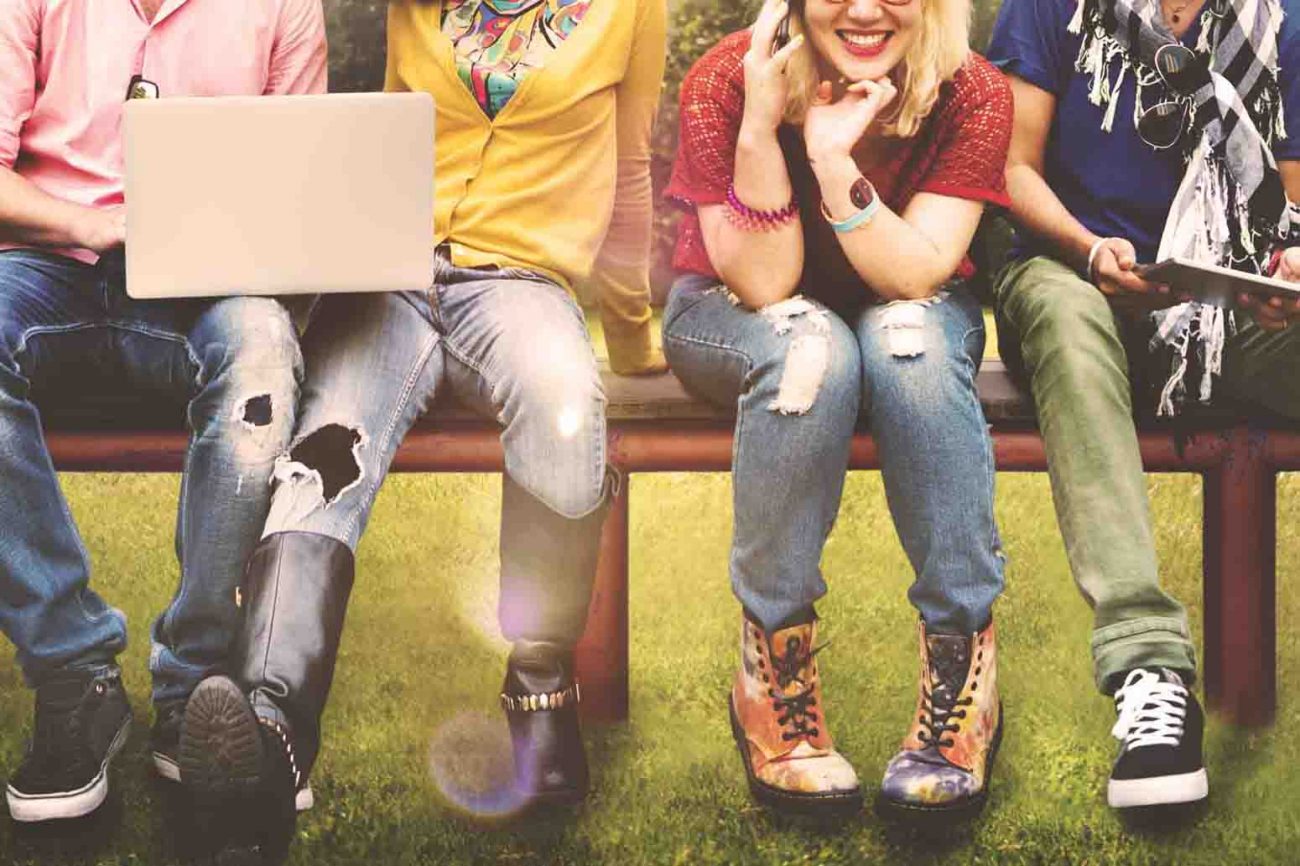 In today’s society, it seems that the more we strive for gender equality, the deeper the divide between men and women. But sometimes we forget to take a step back and think about how men view the same world we as women are living in. We were all made equal but with different talents and purposes, and it is important to remember these different viewpoints. We asked five men for their opinions on a variety of topics and enjoyed reading their responses. We hope you do too!

1. How do you feel about women in the workplace? Would it be a problem if your partner was the main breadwinner?

I believe there are some positions that are better suited for men and some positions that are a better fit for a woman. But that’s not to say men and women can’t complement each other in the workplace, and that recognition shouldn’t be based off of anything other than performance. So, no, I wouldn’t have a problem if my wife was the main breadwinner.

I am a huge fan of women in the workplace and find them extremely valuable. Men and women are wired differently, so we need each other to bring out the best possible result to the client and company. However, in my home life, I highly prefer to be the breadwinner. I have been blessed with a beautiful and loving wife that is an amazing mother. Our structure was discussed before we were married, and she knew I had large career goals and I knew she preferred to stay at home with the girls.

I think women in the workplace is fine. Everyone should be able to pursue their goals, but God made men and women differently. If my wife was the main bread winner, I would have no problem with that. I was raised to be protector and provider for the household, we would have to make sure that there was open communication and support to overcome any issue of this type.

I think women in the workplace is absolutely essential and they should be valued just as much as men. As a married couple, you are a team as it relates to income and other things, so it shouldn’t matter who earns more money.

Outside of the pastorate, I believe women should have the opportunity to hold any position. That is a faith-based decision and is a personal theological position. I do not have an issue with the woman being the main breadwinner; in fact, for seasons that has been the case in our home.

I wouldn’t mind being asked out on a date by a woman. I would find it very flattering. I wouldn’t want to be proposed to though. That’s the one tradition that I would never want to change. Men wait their entire lives for that moment and it literally brings a man to his knees to show his love for a woman.

If a woman were to ask me out on a date, sure, but if she were to propose, no. Getting down on one knee is a sign of great respect and vulnerability from a man, and I believe in that. But since a date is less formal, I guess that would be flattering.

A woman asking me out on a date would be fine. In majority of cultures around the world, a proposal is in essence a man asking a woman to join with him and his family on a life journey, so that’s different.

3. What does a woman of grit mean to you? What is your initial reaction to the term? Do you find it positive or negative and off-putting?

I’ll start by addressing the second question. I think it is a very positive thing for a woman to have grit. I would say, based on my following remarks, that I am a little biased because I have a wife of “grit.”

4. What is the best approach if your partner has a difficult conversation they want to address?

Don’t beat around the bush. Don’t sugar coat it. Just say what needs to be said. Shoot me straight.

They’re called difficult conversations for a reason. Just be upfront and honest. We need to talk about it so don’t beat around the bush with it. In that, the conversation is a process and you’ve got to understand that your feelings may get hurt. That doesn’t mean your spouse is done with you and ready to move on, it just means you’ve got to practice your communication and avoid getting defensive.

I feel if there is a difficult conversation that needs to be had, timing is important. It should be discussed when there is no distraction if possible, but also not letting it linger to where it could become worse. Just be honest.

I am a strong believer in “honesty is the best policy.” I think that strong relationships are built and sustained on open communication. It is especially imperative that they are discussed early. Even if it is a mistake one has made, it has been my experience in speaking with people that if they sit unaddressed for a long time it is much harder to find reconciliation.

5. What are the five things you are drawn to most in a woman?

The five things that most attracted me to my wife are her beautiful smile, her love of Jesus, loyalty, natural beauty, sense of humor, and her heart. She has a pure heart. After knowing her for a short amount of time, I would refer to her heart as a rare diamond that is internally flawless.

6. What stereotype do you think women have about men makes you the most frustrated? Why?

The biggest stereotype that frustrates me is that every man is sexist. Not every man is trying to use his power or position to hold a woman back. Not every comment is intended to insult or insinuate that women are not capable of doing something.

7. What are your thoughts on the TV series The Bachelor and The Bachelorette? Does it portray real relationships, do a disservice to romance, or make it better?

It’s a show designed to get ratings, not build relationships. I don’t believe it portrays any kind of romance. The contestants have false pretenses about what a relationship with that person would be like, and to me it cheapens what the commitment of an engagement means.

It is a television show designed to attract viewers, and the events of the show, the clips shown, and the one-on-one interviews all aim towards the purpose of promotion. It does a great disservice to the concept of romance, and the show is based on competition and “winning” love. It also promotes the “can’t buy the car without the test drive” mentality.

Not a fan. It’s the furthest thing away from real life as we can get. Imagine meeting a man at church or work, going on a date with him, and then he says, “Oh, I’m also dating 20 other women right now.” Most women wouldn’t go on a second date, and men wouldn’t either.

With any relationship there is a component of physical attraction, but the show is a bit over the top. The entire premise is based on physical lust. The show portrays lust as being the main part of romance, and that’s not it. We should start with romance first; the physical compatibility comes second of your love for the other person.

Do I think it portrays real relationships? Absolutely not. Nor do I feel it should have an effect on anyone’s romance in an actual relationship. I have never met a guy that has discussed watching the show. So, unless my friends are secretly watching it, I don’t think men watch this show.

8. If you could convince your woman to join you in an adventure what would it be and why would you want her there?

I’ve participated in the Police Unity Tour for several years and each year I wanted my wife to come to D.C. and watch us ride, but it was not her thing. After years, she finally did, and it changed her perspective of the event. Through that experience I learned why it was important to me and how much of an impact it has on the families of fallen officers.

I would like to have my wife accompany me on a snowmobiling and skiing adventure in Colorado. It seems like a great adventure neither one of us have done before. I would want her to join me for several reasons. I think all experiences are better when we’re together and we could keep each other warm when the snow is falling.

I know most guys enjoy golfing as a getaway from the house, but I wouldn’t mind having her there. Golf is something that I put a lot of time and effort into, and she’s the person I want to impress the most.

It is important for women to listen to what men say, even on trivial matters such as The Bachelor. We were made to complement each other and raise each other up, not to tear each other down, which happens far too often today. No matter who the man in your life is—husband, father, brother, son, or coworker—it is important to take a moment and listen to their perspective. You will learn a lot and see the world differently when you look at it from a man’s point of view.

—
To read more on relationships between men and women, start here:

You Don’t Have to Make an Income to Contribute to Your Family
5 Fresh Ways to Work on Your Marriage (When He Isn’t)
This Is What a Well-Loved Woman Feels
I Might Be a Good Mom, Can That Make Me Be a Bad Wife?
A Therapist’s Advice on How to Handle Conflict

A Therapist’s Advice on How to Handle Conflict
When You Feel Sad Because an Important Season of Motherhood Ends
Need to Stop Procrastinating? How to Eat Your Frog
Ask Dr. Zoe – When I Don’t Desire Sex
When Life Gets Tough, Look to These 3 Things for Help

You’ll love this podcast episode from This Grit and Grace Life: Do You Expect More From Women Than Men? Should You? – 118!

3 Keys to Successful Leadership in the Midst of Chaos