Advertise With Us
Home / Relationships  / Remarriage Later in Life: Are the Complications Worth It?

Remarriage Later in Life: Are the Complications Worth It? 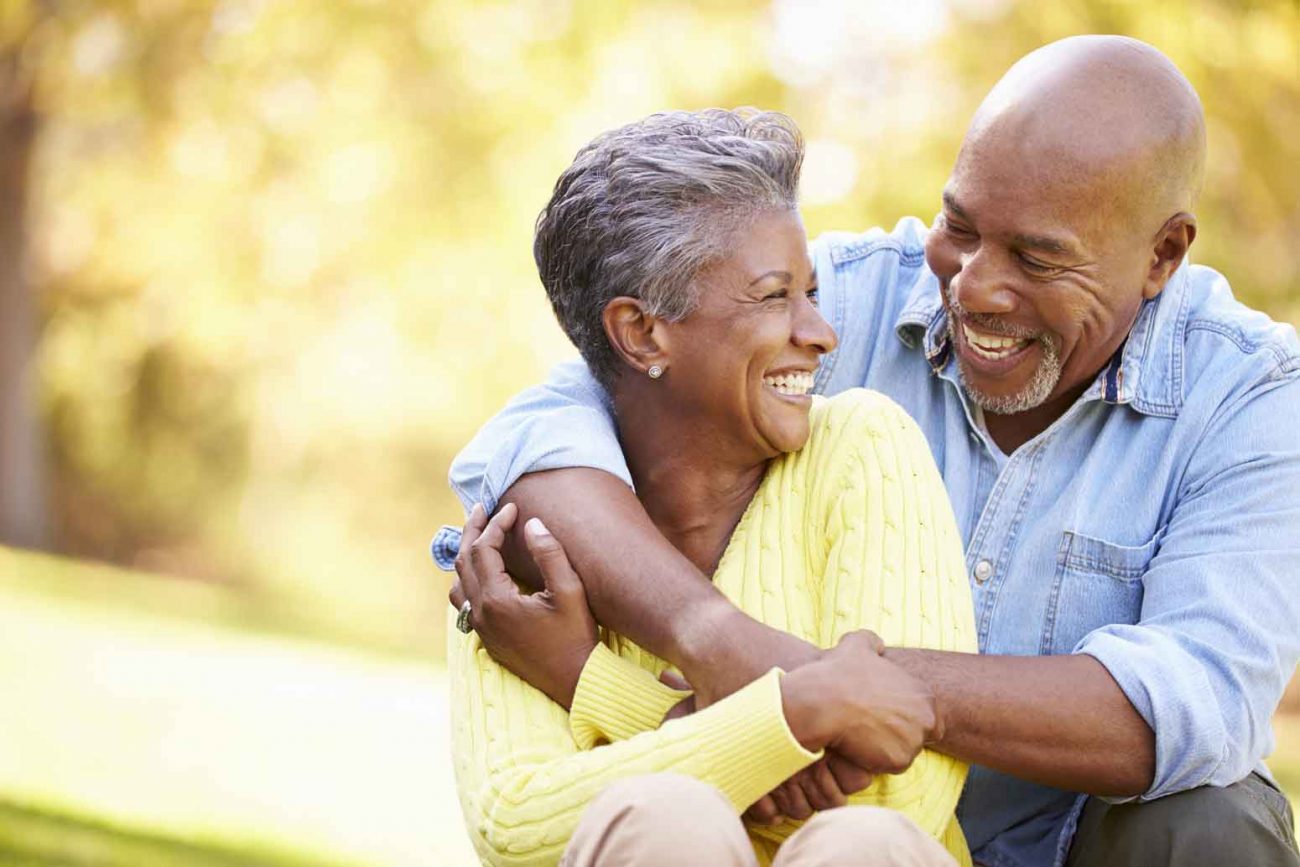 “Do I really want to do this?” I asked myself. I boarded a roller coaster car about four years into widowhood. The lettering on the side of the car read: “Dating and Possible Remarriage.” The bumpy ride was a lot of loop-de-loops and scary ups and downs. I wasn’t sure that I wanted to remain on this not-so-fun ride. “It would be so much easier to never remarry.”

I’m Afraid of Remarriage Because…

Take family, for example. I’d been married to my first husband 41 years. These sisters-in-law were my sisters, the sisters I never had while growing up sandwiched between two brothers. These nieces and nephews—they were mine. Would a new husband want to attend my deceased husband’s annual family reunion? Not likely.

And then there are the kids and grands. Mine aren’t used to sharing me. How do you split time between two sets of grandkids without showing favoritism?

Speaking of family, it’s not just younger children, but also adult kids who can dislike the woman their dad married. Why would I waste energy adding people into my life who could potentially dislike me?

How do you fit two households of accumulation (read: sentimental furnishings) from long-term marriages into one house?

And possibly the stickiest topic of all… Money. I would want the man’s family to know I loved their dad and wasn’t marrying him for any assets he may have. Would that require some sort of pre-nuptial agreement to make sure his kids inherited his estate and my kids, my estate? And if so, would that feel more like a business arrangement instead of a loving, trusting relationship? But the Right Man Removed My Fears…

And then I met Dan. We were heading in the same direction in life—wanting to make a difference during our remaining days on earth.

As our friendship grew, I needed to put some thought into the potential of marrying him. Because I didn’t want to play any games or break his heart or waste his time. And so, on a writing retreat surrounded by high, peaceful, snow-covered hills, I walked the land and voiced my concerns aloud to God. And all those fears were broken by that simple act of admitting they were fears—when all along I thought they were simply good reasons not to remarry.

I stepped off the edge of the cliff. And Dan caught me and held me tightly—this man who loves his family and mine, who enjoys outdoor adventures and epic road trips as much as I do. This man who helped design and build the shower truck that provides hot showers for the homeless in our hometown and goes about doing good wherever he can.

The Fear of the Complications vs. the Realities

Dan and I didn’t need to deal with live-in children or back-and-forth shared custody issues. But there were a few topics that needed to be discussed with our adult kids. Their concerns ranged from whether Dan had fully processed his grief, to finances, to whether the wedding was happening too quickly and the deceased spouse forgotten too soon.

We held conversations with our children about holding onto hope when a terminal diagnosis bullies its way into our homes, but also beginning to grieve when we first hear the words, “It’s terminal.” Conversations about not forgetting our former spouses but choosing to live forward, taking their memories and stories with us. Conversations about what we had worked out regarding the management of our finances and assets. About the timing of the wedding.

I love that our adult children and children-in-law cared enough to express their reservations. Once they were brought up to speed, it seemed they were all on our team. And by throwing a weekend wedding beside a clear and cold river with tiny cabins for each family to shelter in—thank you, COVID—our children and grandchildren got to know each other and, better yet, like each other.

Which was frosting on the cake for me and Dan.

All my fears were broken by that simple act of admitting they were fears.

2. His Grandkids, Her Grandkids

It was the first time Dan would be meeting my daughter, Summer, and her family. We drove west over the mountains on a wintry January day to watch one of my grandsons play in a basketball game. Summer admitted later that she was hesitant about introducing the grandkids to someone their grandma was dating. This was new territory for them.

That afternoon before the game, Dan and I walked the four youngest kiddos to the neighborhood park where he tossed some hoops with the boys and teased my granddaughter. By the time we got to the basketball game, my grandkids fought over who got to sit next to Dan while I was relegated to the end of the row.

“You can call me Marlys. Or Grandma,” I smiled. “Whatever you’re comfortable with.” (She calls me both. And sometimes G-ma.)

Who doesn’t appreciate it when someone of grandparental age engages with our kids, plays card games with them, asks them questions about their interests? As for the kids themselves, who doesn’t like extra attention from two people who are older, somewhat wiser, maybe even calmer (and possibly more fun) than their parents?!

When my first husband died, I pared down 41 years of accumulation to fit into a 10-foot cargo trailer. My initial plan was to move closer to my daughter and her family on the east coast. My friends with the trailer were going to accompany me. Turned out, a lovely furnished guesthouse came available, which allowed me to stay in Oregon on my early retirement income. Meanwhile, my friends stored the trailer full of my stuff on their property.

Fast forward six years. My belongings in the trailer were unloaded into Dan’s shop. We went through our combined possessions and pared down the duplicate things. The rest was donated to Furnish Hope, a non-profit in our hometown that collects good, used home furnishings for those in need.

In our case, our items were being assigned to a single mom with a young daughter moving into a Habitat for Humanity house. How fun it was to envision their joy in receiving some quality furniture, small kitchen appliances, and deliciously soft blankets, towels, and sheets! Our challenge of fitting two households into one turned out to be an opportunity to bless someone else.

I learned something during those six years when I didn’t have a home of my own surrounded by my personal effects. I learned that I’m not tied to “things.” And it is wonderfully liberating.

From time to time, I like to remind my new husband, “I didn’t come with a full house of furniture and belongings.” (Pause for effect.) “You’re welcome!”

My first husband, a data processing manager, lost his job at age 52 when the company he worked for was sold. He went two years without employment, even though he’d never been unemployed and had excellent references and work ethic. We sold our home, cashed out our savings and 401(k), and managed to keep our good credit intact during two years of unemployment. But everything we’d worked for and invested in against retirement was gone.

During that season, I tried to talk my husband into cancelling our life insurance policy. It was one more monthly payment. Instead, he talked me into reducing the policy amount. And who knew that he would be diagnosed with cancer not long after.

When he died, the policy was a nice chunk of money, but not enough to live on the rest of my life. My brother-in-law invested the funds while I took an early retirement at the encouragement of my adult kids and budgeted tightly to live on Social Security. Fast forward six years. The stock grew significantly. After Dan and I were engaged, we discussed our finances. I asked if I could: A) invest in his house with a priority of creating more space for our combined kids and grands, and B) update it for better resale value when we’re both gone.

We each had wills but learned more about living trusts. We met with an attorney who helped us place our assets in our respective trusts. An appraiser placed a value on the house and property, and we tracked construction costs. From those numbers, we determined the percentage invested by each. When one of us dies, the surviving spouse can stay in the house. When both parents have passed, the house will be sold with proceeds going to our adult children, based on our investment amounts.

Everything was laid out, making it as easy as possible for our kids to follow our instructions. No opportunity for expensive probate. No pre-nuptial agreement. No hassles. Done.

But, We Are Undeniably Family

When we clothe ourselves with grit and grace and follow our hearts and God’s heart toward the destiny He’s written for us, then peace sets up house. Joy moves in as we step off the cliff’s edge and are caught by the people who love us and by our Creator who planted that risk-taking dream in our hearts to begin with—like, returning to school to earn a nursing or teaching degree. Relocating from our First World comfort to make a difference in a Third World country. Remarrying later in life. There is great joy in enlarging the scope of our family and friends and clients and patients and students. More people to care for. More people to love.

I was counting the faces in our wedding family photo and half of them are either adopted or married into our family, coming from a variety of places around the globe. Dan’s daughter was adopted from Korea. She married a man from Thailand who still has family there. Dan’s son married a young Persian woman. My son chose a lovely Hispanic girl for his bride. And I have three grandsons adopted from Uganda. We are an American family.

This snippet of conversation from a book resonated with me: “Do you have a big family?” he asked.

“I do,” she answered, “but most of us aren’t blood related.”

Not blood related, but family. Undeniably connected. Unconditionally loved. Absolutely wanted and necessary and important to the beautiful, bigger picture.

To read more from Marlys on her journey of widowhood, dating, remarriage, and more, click here!

Are you re-entering the dating scene and wondering how to involve your kids the right way? Watch this… 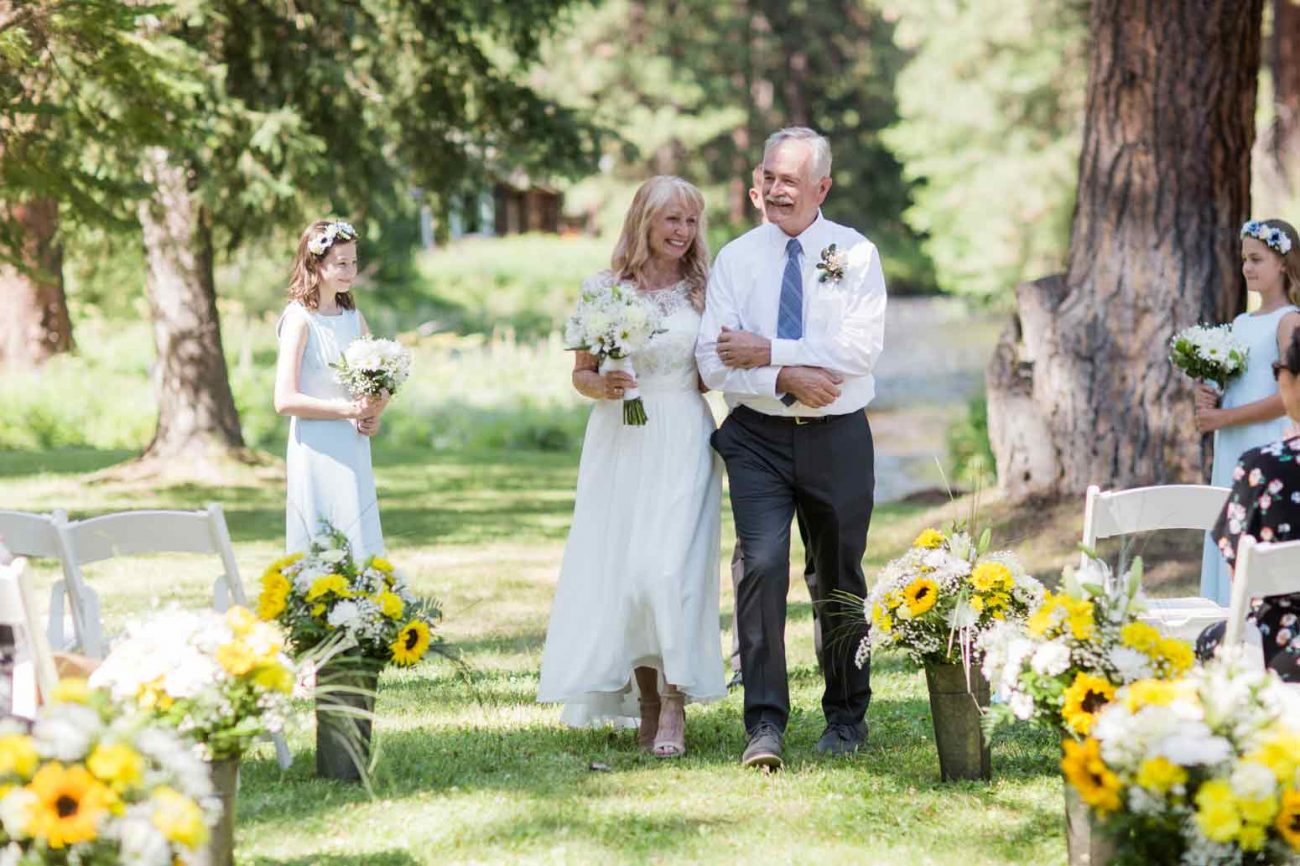