How do you converse with your husband about an invasive mother? I found her one day in our bedroom changing our sheets, she has “cleaned” our bedroom without being asked, and puts things in our house where she feels they need to be. When brought up to my husband he gets extremely defensive and says she does so much for us, she watches our son and saves us money and our son loves her. How can I relay the invasive behavior and lack of privacy without making him feel like I am ungrateful? This is a constant issue in our marriage since I was pregnant and had our son. Prior to that, there was zero issue.

The word mother-in-law comes with a load of connotations, not so much different than the word, “stepmother.” I’m only slightly kidding when I say that I think mother-in-law issues should be a treatable diagnosis that would qualify anyone for mental health assistance!

My first word of advice is, tread lightly and don’t triangulate! What does this mean? Sit down. Let’s talk. A triangle is formed when one or two people don’t want to deal directly with another person, and so they communicate through a third person. Triangles are almost never healthy.

This is your husband’s mother, and he has a ton of allegiance to her. It’s not his job to mediate the relationship between his own mother and his wife. That’s just torture for him. You are asking him to confront his mother about a problem that he doesn’t have. He loves you both, as he should, but you two are playing tug of war with his emotions. You’re not the first mother/daughter-in-law combo to do this, though, so rest assured.

This is your mother-in-law. If you have an issue with her—and you do have some legit ones—your husband is not the one to go to. Go…to…her.

Your mother-in-law has been testing the boundaries and may have decided to just trample all over them. Your husband is either not strong enough to keep the boundaries, or he doesn’t have the same boundaries that you do.

The reality is that guys don’t get the subtle dynamics of women and their drama. It doesn’t mean it doesn’t exist, but they are sometimes oblivious to the power play. Your mother-in-law may be playing a power game, and she’s not ready to give up her territory (your husband) just yet.

Or maybe she thinks she is helping and the boundaries in their family are very different than the boundaries in your family of origin. Either way, you deserve to be heard, and if it makes you feel uncomfortable, you need to speak up—to her!

So, get your husband out of the mix and sit down with your mother-in-law and have a conversation. Let her know that you appreciate all that she has done and is doing for your family, but certain things make you feel uncomfortable and ask her not to do those things.

Yes, I know you think she’ll get upset and she’ll go to your husband (triangulate him), and he will come back to you and he may be upset as well. This is when you need to have a conversation with your husband, letting him know that you understand the difficult position he is in, that you love and appreciate him and your mother-in-law and have realized that this is something the two of you need to work out together. Ask him to step away and let you two work on it. You each need to have your own separate relationship with her.

He may be relieved to get fired from this role. If there is a co-dependency aspect of your relationships though, he may struggle with it. Your job is to stay firm and loving, focusing on healthy boundaries. In the long run, there is health in de-triangulating, and it is worth it, and you can do it!

Why You Should Just Have That Hard Conversation (And How to Do It)
A Difficult Relationship With Your Mom Can Make You Stronger
Ask Dr. Zoe – Embrace Confrontation, Even When You Fear Rejection
Establishing Healthy Boundaries in the Grit and Grace Life
Stepmother: the Most Difficult Job in a Family

You’ll love this podcast episode from This Grit and Grace Life: Mama Drama Every Woman Has and How to Overcome – 008! 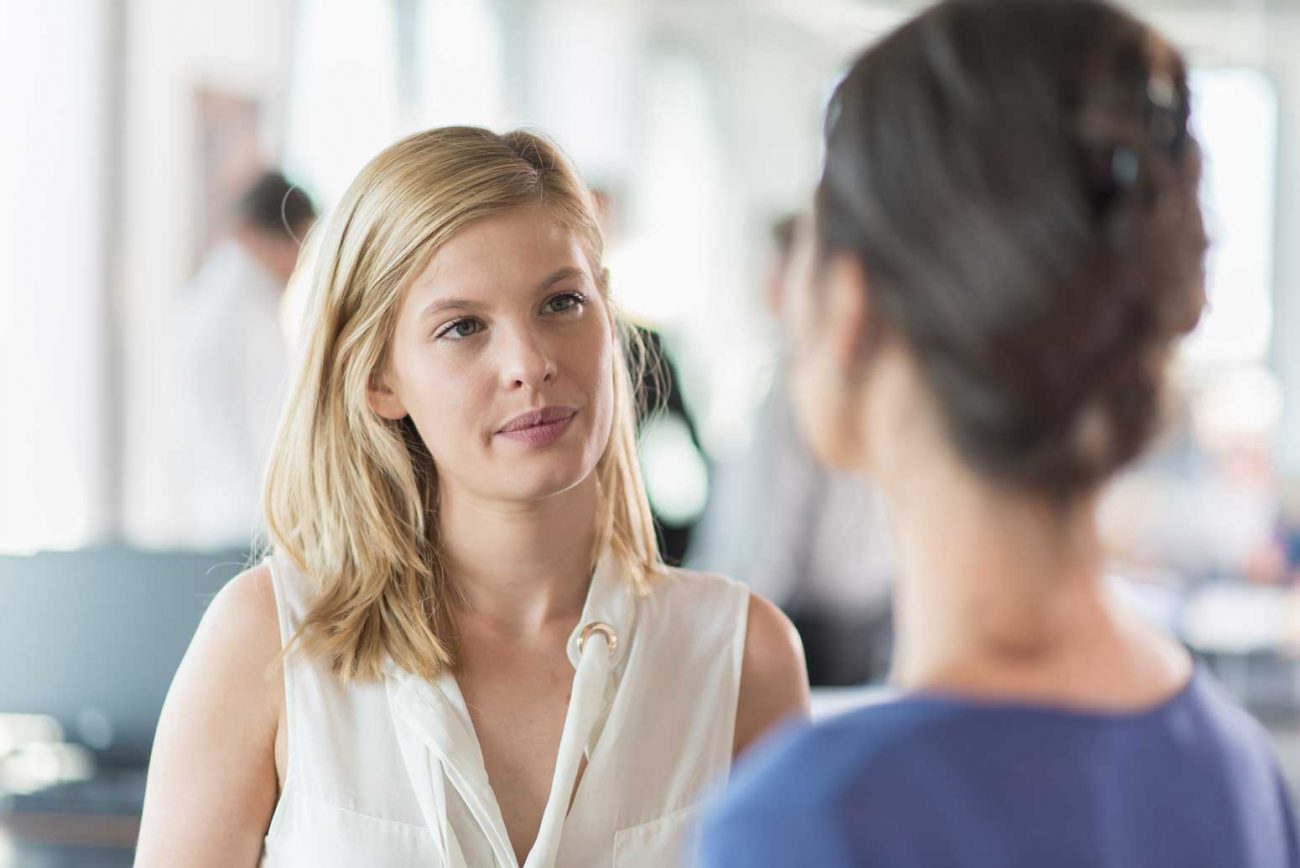