Advertise With Us
Home / Articles Posted by Dr. Zoe Shaw

Follow Dr. Zoe: Website
Dr. Zoe Shaw is a passionate practitioner in the field of Clinical Psychology. She is licensed as a psychotherapist and divides her time between her family life, clinical practice, virtual life, and relationship coaching, speaking, writing and hosting her podcast, The Dr. Zoe Show. Dr. Zoe holds a doctorate in Clinical Psychology from Pepperdine University, a Master’s Degree in Marriage and Family Therapy and a Bachelor’s Degree in Psychology from UCLA, where she also competed as a sprinter and hurdler. Her initial areas of research were in forming a racial identity for African Americans raised in non ethnic congruent environments. Her work has branched out over the years, with her current main areas of study and treatment surrounding women’s issues, specifically superwoman syndrome, the development of self in a post feminist era and women in difficult relationships. These issues are very close to her heart as she is a busy wife to actor Stan Shaw and mother of five (one with special needs and two launched), homeschooling her youngest in addition to her work life. Believing as she does in a holistic approach to life, Dr. Zoe also balances her life with athleticism, competing on the USAA Master’s track and field team as a Sprinter. Dr. Zoe has been sought out as an expert and published in Oprahmag.com, Prevention Magazine, Voyage LA Magazine, and the Los Angeles APA magazine discussing issues relevant to women and psychology. Dr. Zoe has presented at the National APA Convention regarding racial identity development and has been a keynote speaker for various engagements, including the NAACP and U.S. Navy. She is currently writing her memoir.
Ask Dr. Zoe  Relationships

Ask Dr. Zoe — How Do I Revive My Disconnected Marriage After Retirement?

'Sandytoes' Asked: My husband and I have been together since ‘83—married for 30+. He’s been retired for four years at 55—I’ve been a stay at

Ask Dr. Zoe – How Can I Discover My Purpose?

'Paige' Asked: Hi Dr. Zoe! I wanted to ask you as I’ve been pondering for years and it’s a deep desire of mine to be 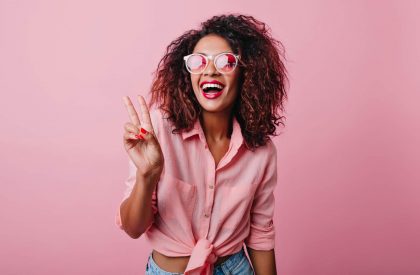 A Strong Woman Who Knows When to Quit Isn’t Failing

You’re reading this because there is something in your life that you have an inkling you need to let go of. Whether it’s a

'Chatty in Nooga' Asked: I’m pretty sure my husband is struggling with bipolar disorder/depression. My dad has it, so I’m aware of what it can

'Weary Traveler' Asked: Six months ago, I quit my management job. Since then, I have been doing travel contracts outside of my home state. I

'Michelle79' Asked: My husband and I are separated. He had severe addiction issues and went to rehab multiple times. It finally "stuck" in California. He

Ask Dr. Zoe – How Do I Develop Healthy Self Worth After Reconnecting With My Estranged Father?

'Praying Paralegal' Asked: I recently reconnected with my estranged father after 16 years by accepting his friend request on Facebook and traveling across the world

Ask Dr. Zoe – How Can I Prepare My Kids for Back to School?

‘Motivated Mama’ Asked: School is just about to start here in our neck of the woods. My anxiety level is slowly growing each day because

Ask Dr. Zoe – How Do I Help My Spouse Recognize an Addiction?

'Trying to help' Asked: How do you help a spouse identify an issue with their addiction? Meaning, how do you help them see there is

Ask Dr. Zoe – Should I Maintain a Friendship With Someone Who Keeps Pulling Away?

'Frosty in Fort Worth' Asked: Hi Dr. Zoe, I have a cousin who is just over a year younger than me whom I have been

'Pregnant in Purgatory' Asked: My boyfriend had been subtly talking about proposing for several weeks, he hinted that he had a ring and would talk

Ask Dr. Zoe – How Do I Heal From Past Trauma That Left Me Detached and Unemotional?

'Talenkynic Dromdfrevc' Asked: Hi there, I don’t think I react to crises the same way as others; I become detached and unemotional. I think I

Ask Dr. Zoe – How Do I Start Dating After Divorce?

'Ready to Date Again' Asked: After a 20 year marriage failed, almost 10 years of counseling and working on myself, I’m ready to date again.

Ask Dr. Zoe – How Do I Find the Right Therapist for My Needs?

'Liz' Asked: How do you find the right therapist? I know I need one, and I also know the value of a good therapist. I’ve

Ask Dr. Zoe – Should I Finish My Degree or Change My Career Path?

'Still Not Graduated' Asked: I have been very blessed that my parents have been able to financially support me as I seek higher education. The

Ask Dr. Zoe – How Do I Stop Being a People Pleaser?

'Paranoid and anxious' Asked: Dr. Zoe, HELP ME! I know that this question, not even a question really, may seem bizarre and a no-brainier, but

'Judith Ann' Asked: Dear Dr. Zoe, I am heartbroken because I recently learned my husband of 22 years has been engaged in an emotional affair

Ask Dr. Zoe – Does My Boyfriend’s Grief Mean My Life’s on Hold? 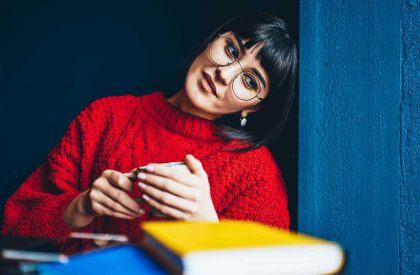 Do you say mean things to yourself, but don’t know how to stop it? Can you think of a time when you know your

'Leaving the Past Behind' Asked: Last year was emotionally draining, and I’m afraid I will "carry all the stress, anxiety and tension" into this year.

‘Dating Diva’ Asked: I'm a single mom with a young son. What's the best way to introduce my child to someone I'm dating? When do