Home / Faith  / How to Face Confrontation With Grit and Grace

How to Face Confrontation With Grit and Grace 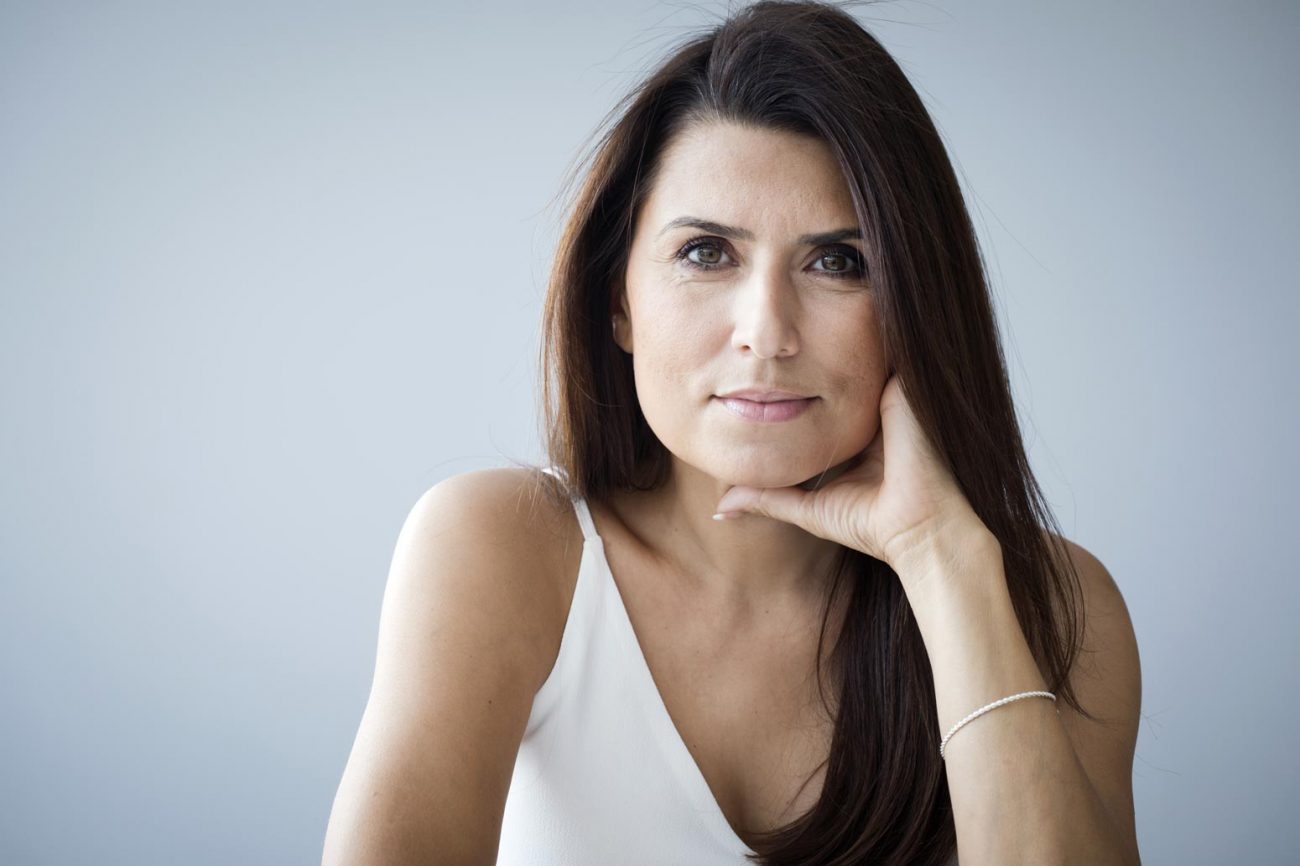 I found myself blankly staring out the window while having a silent but very serious debate in my head: “Hmmm, I have a two-hour opening until my next client. What shall I do?” I started to list all the things I could get done, but I quickly narrowed it down to the most pressing issue at hand: “I need to wash my hair; it’s really gross, and this messy bun I’m rockin’ is giving me a headache… but I’m not in the mood to put in the effort of washing and taming the beastly mane today…”

Listen, this is an intense debate I often have. I like to do other people’s hair, but I run out of the energy it requires to do my own. Which means I only wash it twice a week. So, if you see me and it’s up in a bun or I have a hat on, the chances are that I’m on day four, maybe five (or seven), and there is a battle playing out in my mind where I am trying to summon the gumption to just wash it already!

Here’s how the rest of the convo played out: “…decision time, Jodi. What’s worse: an hour of washing, drying, and curling your hair or going the rest of the day feeling like you have a vice grip on the top of your head?”

I play the “What’s Worse” game in my head often when it comes time to making decisions. I’ve found that it helps me narrow down the options to two things. Then I get serious in deciding what the cost will be in the long run and if it’s worth the mental, emotional, or physical energy to go with it. In this case, I did neither option and chose an alternate route. Hey, I can make up my own rules as I go along, and now I’m sitting here with a tight, dirty, and stinky messy bun typing out this article because I know this will speak to someone out there—including the sweet client I had in my chair this morning.

One of the hardest things that we women often shy away from is confrontation. Having those hard conversations where we stand up and speak up to someone who needs to hear how their actions are affecting us personally. We are good at having those intense, bold conversations in our head, playing out exactly what we’d say and going down the list of everything we’d like to change, but when it comes down to actually confronting them, we don’t. Why? Because confrontation is uncomfortably hard, especially when we play the “What If” game. “What if they reject me? What if it makes it worse? What if I lose my cool and look like a raving lunatic? What if I get emotional and look like a blubbering, weak woman?”

And ’round and ’round and ’round we go, getting tired and defeated before we ever even open our mouth! Nothing gets said, which means nothing ever changes. Ugh. I desperately want that to change for you—so much that I gave up my own, much-needed Thairapy time for you. I played the “What’s Worse” game and you won.

Come up with a game plan to have healthy and effective confrontations.

First, I want you to know that you’re worth it. If you are feeling overlooked, underappreciated, unloved, or unworthy, it’s worth a tough conversation because you are worth fighting for. Shame likes to tell us that we aren’t worthy of getting better or being treated better. Shame tells us to sit down and shut up and just live with it. Well, Sister, guess what: You, Shame, or other people do not get to decide your worth. Only God does. And when Jesus willingly spread His arms wide on the cross and died a cruel death, He proclaimed, “You are worth dying for!” And if He deemed you worthy and valuable, then your value doesn’t decrease because someone else doesn’t see it or treat you accordingly. Sister, square up your shoulders, lift your chin, and repeat after me: “I am worth it.” Ya, girl. That’s your grit.

Second, before you jump on the merry-go-round of the “What-If” scenarios in your head, try asking the “What’s Worse” questions instead:

I don’t know about you, but when I look any situation from the “What’s Worse” point of view, I can determine that I can live with five minutes of hard or awkward, but I can’t live with unending misery. I can eventually overcome rejection since I know that my value and identity are only found in Christ (re-read my first point), but living with guilt or regret is a dark place that suffocates my soul. Sister, it’s where the enemy steals, kills, and destroys the full and abundant life Christ died for us to have!

Does that get a rise out of you? Girl, I’m praying that it shakes you up and changes how you view confrontation because from that perspective, you can decide to have that tough convo.

Approach confrontation in a healthy way.

Now, before you go in all guns a-blazin’ with a gritty glint in your eyes, we need to establish some ground rules, because healthy confrontation requires a heaping dose of both grit and grace.

1. Be prayed up and let God guide your words and the timing of the conversation. Do not approach confrontation in a heated moment or when there isn’t enough time to really hash it out.

2. Be resolution-minded. Do not leave the conversation open-ended without anything resolved. You may need to temporarily take a break and regroup or take time to let emotions simmer down and approach it again later with calm resolve, but do not give up!

3. Write out your main points beforehand. It’s okay to go in with a little notecard of your pre-written thoughts. Just say, “This conversation means a lot to me, so I wrote down some key things so that if I get emotional or nervous, this will keep me on track.” Also, in the situation of confronting someone else’s negative behavior towards you, it helps to use statements like, “When you _________, it makes me feel _____________.” This tends to keep their defensive reaction lower so they can clearly hear how you are feeling. It may even help to write it in letter form to them and let them read it first, then follow up with a face to face interaction.

4. Talk and listen. You may gain some valuable insight and understanding as to why the other person is acting the way they do. Behind every negative behavior is a hurt—sometimes the negative behavior they direct toward you has more to do with their deep, internal ache and much less to do with you. If that is the case, separation or healthy boundaries need to be established as you determine that their dysfunction doesn’t have to bring you dysfunction anymore. “I’m sorry that you are hurting, but I will not allow you to hurt me anymore.”

5. Recognize when you need to apologize for your part, but do not fall into the manipulation of blaming and shaming you into it believing it’s all your fault—that’s very toxic and will take some help getting out of that situation. But remember: you’re worth it. What’s worse, a few moments of embarrassment in reaching out to someone for help or staying stuck in a toxic relationship?

6. If you put out an ultimatum: “If this doesn’t change, then I will_______,” make sure it’s something you are willing to follow through on. Decide ahead of time what the ultimatum will be, not in the heat of the moment. Sometimes our emotions will write checks that reality can’t cash. Be wise.

We’ve covered a lot of ground here, and I pray this helps you see confrontation differently! I pray that this will give you the push to speak up and fight for yourself with the right war plan and ammunition. After all, what’s worse? Finally having that tough conversation, even though it makes you want to throw up or never finding out what it’s like to feel strong by standing up for yourself?

Gratefully His (dirty hair and all),
Jodi

—
For more on developing healthy relationships, we recommend these:

Who Else Wants This Kind of Hairdresser?
A Psychologist Explains How to Compromise and Why You Need to
Establishing Healthy Boundaries in the Grit and Grace Life
Why You Should Just Have That Hard Conversation (And How to Do It)
A Therapist’s Advice on How to Handle Conflict
What If You Stopped Being So Afraid?

Have You Ever Said It? “I’m Not Good Enough.”
10 Secrets Every Mother of the Bride or Groom Should Know
This Is How You Protect Your Worth, Girl
Welcome to Holland. A Message Every Mom Needs
Skillet’s Korey Cooper Talks About Marriage, Motherhood, and Rock ‘n’ Roll
#gritandgracelife

You’ll love this podcast episode from This Grit and Grace Life: Overcome These 5 Struggles and Live a Grit + Grace Life – 088!

Jodi is a Kansas girl, hairstylist, and woman who loves marrying her passion for helping women look and feel their best with a good dose of hope in her writing.

Why I Stopped Letting Social Media Trends Control My Money

I’m Ditching Perfection Because My Best Is Enough