It was Halloween day, and this was the first year my daughter realized it might just be a great event in which she wanted to participate. She was barely four years old and until that time my husband and I had avoided stepping into the chaos of this holiday. My husband’s attitudes were born out of his complete distaste for many of the things that came with this particular evening. I didn’t necessarily disagree with him, but I circumvented it simply because I had enough to do without adding it to the list! 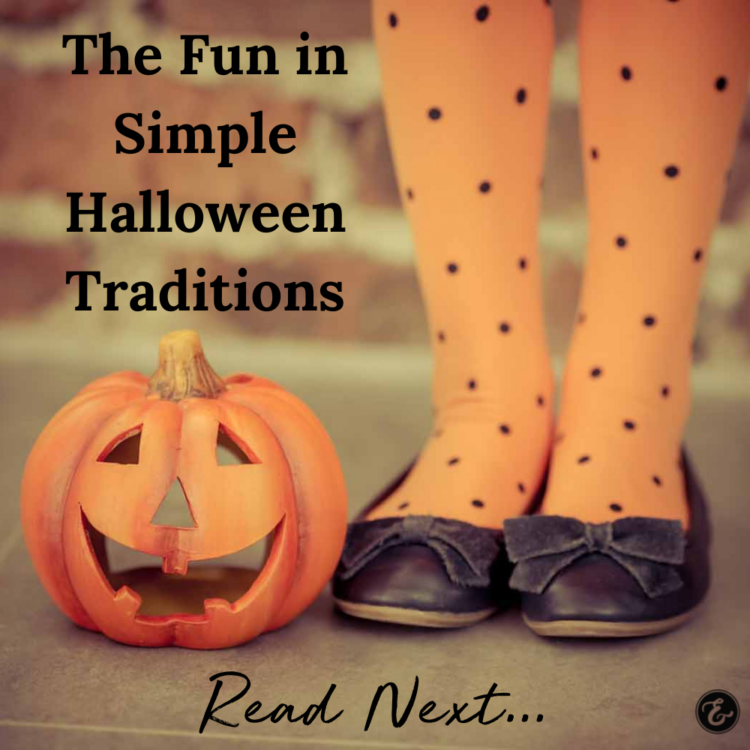 But we couldn’t avoid it this year. Our daughter wanted to dress up; she wanted to grab a bucket and get some of that great stuff that people were giving away.

Looking at her dad, she began to lobby. I saw his ready-to-throw-down look pass across his face and the set in his jaw I had come to know well. They were on a collision course. She started crying, and before it went any further I called a time out.

I needed to assist in sorting through the emotions of the two strongest willed humans within our home. My husband and I needed a time out too. We needed to figure out what our stand should be. So I sent our daughter to her room, got my husband a cup of coffee, and we sat down to talk.

This was one of many discussions we had as parents where we had to sort through what really mattered to us, which often ran counter to what the culture was inserting into our children’s lives. We learned that we had to work together in order to find solutions that worked.

This was one of many discussions we had as parents where we had to sort through what really mattered to us, which often ran counter to what the culture was inserting into our children’s lives.

We talked about the long road. What was it about this night that we hated? What parts could our family participate in while excluding ourselves from the things we did not like? Was there anything fundamentally wrong with joining friends, going to neighbors’ homes, and gathering that candy? Was there anything unsafe about an evening spent in this manner?

Making Halloween Your Own

It was a session of give and take between two parents who wanted to set a principled example, while at the same time allowing our girl to feel like she was a part of the world around her. We concluded our conversation, then brought her into the room to give her the verdict. She could become another “trick or treater”—that is—if she was willing to do it on our terms.

• No costume could ever display anything inappropriate … whether it was an elementary-aged witch or a teen tramp (we didn’t discuss that one at four years old; it was a later conversation). This was an easy one for her that year; being a princess was it for her.

• She would only go where we took her … the homes and locations of our choosing. Her horizon was limited—no problem there.

• Once back home, candy would be sorted through by us first, so that we could determine if there were any pieces she could not have. She wasn’t sure about that one, but if it got her out the door—she was in.

She vigorously agreed to all the terms. We ran out and got her costume, grabbed the flashlight, and began what became our annual neighborhood candy gathering.

What became interesting over the years is that the rules created in that moment led to future discussions with our daughters about making life choices in the world in which we live. We had many healthy dialogues in our family on gleaning good things out of life’s events and removing those things that we thought should be left behind.

This was also one of many discussions like this between my husband and I. Navigating children from birth to independence brings an abundance of influences that parents have to sort through.

Sometimes he would take the hardline; other times I did. But we discovered something that worked every time we tried it: send the kids out of the room, grab a cup of coffee, and start up the conversation. Each time we did we made each other better, becoming a wonderful counterbalance to whichever one of us was slightly off scale. We made decisions that we could stand behind, united, with the goal of giving our daughters our very best.

—
You’ll enjoy this episode from This Grit and Grace Life: Rest Easy Moms, Here Are the Things That Matter – 102!