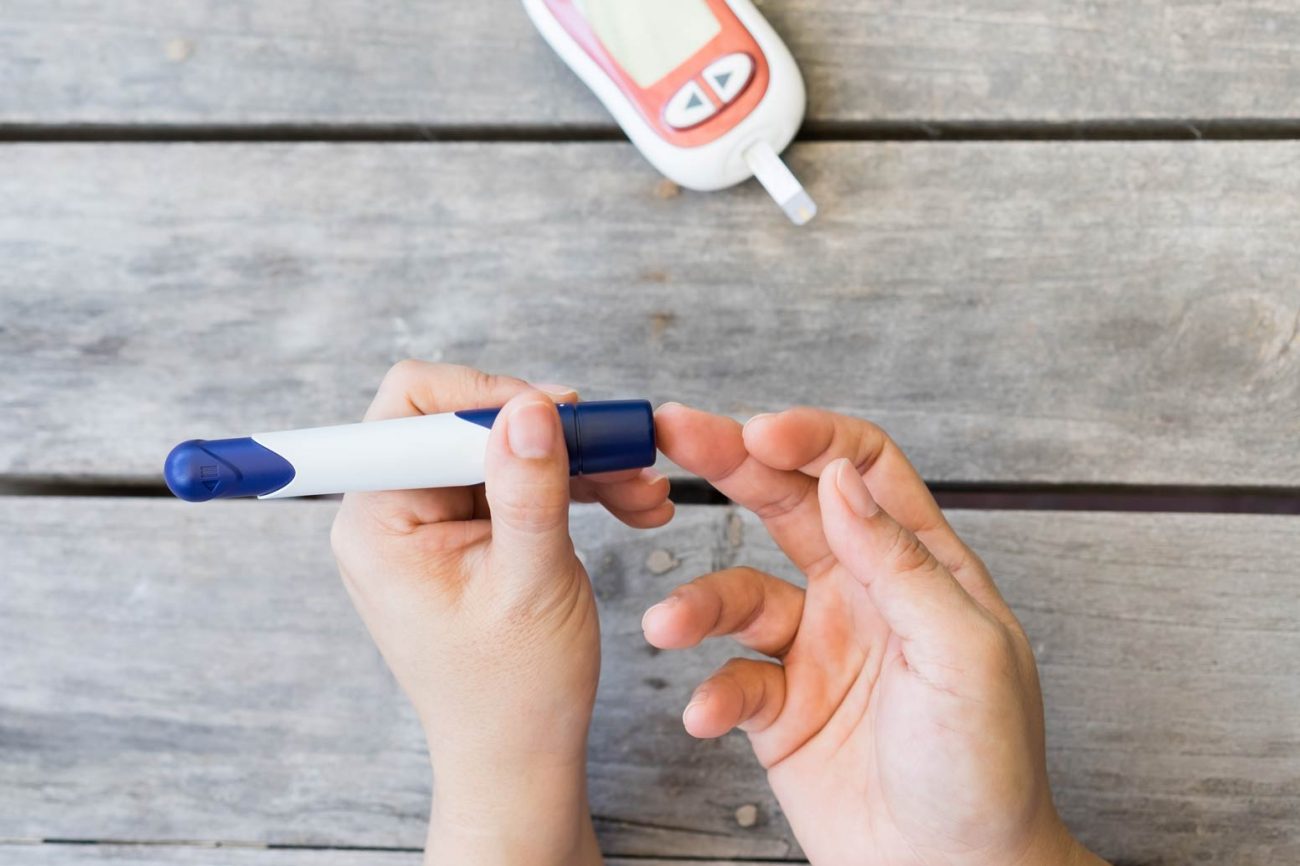 Most of the memories feel distant. My stay at the hospital, my symptoms leading up to my stay, and even the years of learning to live a new lifestyle following my diagnosis require me to stop and think about the details. But there are phrases that my doctors said that will never fade. One quote was, “Oh, she’s not going home today. She’ll be staying overnight for the next couple days.” Another one was, “If your blood sugars continue like this for the next 30 years, you’ll end up losing limbs and going blind.” I especially remember the moment they said, “She has type 1 diabetes.”

I was 15 years old, just getting ready to graduate eighth grade. I was at a friend’s middle school graduation party and I don’t remember much about the party besides the way I felt physically. I had a slight headache, and my eyes were blurry. I was thirsty—so incredibly thirsty. I chugged several cans of pop back to back, anything I could get my hands on to quench the thirst that seemed to only get worse with every sip. The closest bathroom was upstairs near the living room, which is where her parents were during the party. I had to use the bathroom several times in a matter of hours—and each time, they watched me walk by. I remember being embarrassed because I had no idea what was going on or why I was feeling the way I was.

I was accused of being bulimic by that same friend’s mom because of how often I was using the restroom and because of the weight I had dropped so quickly; about 20 pounds in two weeks. Another elderly woman from church told me that her granddaughter just got out of recovery for anorexia and that she would give me information if I wanted it. I was so confused.

I had several symptoms—excruciating muscle cramps, constant fatigue, hunger, and thirst, unhealthy weight loss, and sleeping more, way more, than I ever had. One Saturday morning my mom asked me to fold a load of laundry. She came upstairs a couple of minutes later, and I was asleep, surrounded by that half folded load of laundry. She woke me up, and we went straight to the hospital. They took some blood and shortly after said, “It’s either her thyroid or type 1 diabetes.”

I didn’t know what diabetes was; I only knew it was the one “with the shots.” I stayed overnight in the hospital for a couple of nights and was released on June 21. I only remember the date because it happened to be my sister’s birthday and Father’s Day. It was a big holiday at our house, but it was also the first official day of a brand new lifestyle for me. A lifestyle I would have to adopt and live with for the rest of my life. A lifestyle of testing my blood sugar each time I wanted to eat, before bed, and anytime I felt “off.” A lifestyle of counting every single carb that I put in my mouth and being certain to cover it with insulin—either through an injection or an insulin pump. A lifestyle of being home every night at 9 PM instead of with my friends so that I could get my long-lasting shot for the day. That was the painful one. That was the one that my parents usually gave me because it hurt the most. We’d stand in the kitchen and hug and cry, sometimes for several minutes. It was a lifestyle that possibly affected my parents more than myself, simply because of the risk that each day brought.

Nearly every day, I deal with a high or low blood sugar. Thankfully, I am pretty sensitive to the symptoms, so I catch them early on. But it’s always a guessing game. Sometimes it’s clear why my blood sugar is the way it is—too much exercise, stress, not enough sleep, I forgot to cover a meal with insulin, or I’ve eaten out and my carb count was inaccurate. However, sometimes there’s no rhyme or reason.

As a 15-year-old, hearing the doctor talk about issues that could happen 30 years from now, I thought I was invincible. I had time! At least 10 years to let it go, then I’d get serious. I was close. I was about seven years in when I was pregnant with my first son at the young age of 22. I hadn’t had any extreme episodes during those first seven years until I hit week 36 of pregnancy. One evening, we rushed to the hospital due to contractions. Little did I know, I was also going into diabetic ketoacidosis (DKA) which is where the blood sugar level gets so high that the blood becomes acidic. Without getting too scientific, it’s a dangerous place to be in, and when there are deaths from diabetes, a large majority are from DKA.

My baby’s heart rate was “fast and flat,” and the nurses were frantic. Up until that moment, I didn’t think diabetes could touch me. That day, it touched me. It messed with my baby, and it rocked my world. It was also a blessing in disguise because that was the day my outlook changed. I’m not invincible, and this disease doesn’t care what career you have, if you’re a mom, dad, if you’re underweight or overweight. It doesn’t discriminate, and I’m not invincible. It doesn’t seem fair to say that a switch went off that day because there’s so much more to it than that. But my entire outlook, from that day on, was new. I had put my unborn child in danger because taking care of my diabetes wasn’t a priority for me. That day, it became a priority.

Although I take my disease seriously now, I haven’t let it stop me from living. I’m a busy wife, a mom of three energetic boys, and a group fitness coordinator and instructor. There are days that I am completely defeated by the vicious cycle this disease can create. But those days are few and far between, mostly because of the mindset I’ve been graciously given.

There’s no predicting what any given day will look like as a type 1 diabetic, so I have learned to be willing to take each day as it comes and take the highs with the lows (literally!). The technology for diabetes has taken huge strides these last few years, and I’m confident it will continue. Even if I never live to see the cure, I will fight to keep a mindset that will allow me to see the positive in each day and not let this single circumstance define me.

We all endure hard things in our lives for a reason and even when it’s difficult to put into words, I’ve seen good come out of hardship in small ways and big blessings. No matter what comes at us, we have the opportunity to change, grow, mature, and develop into the women we were created to be. So, when life throws you onto a rollercoaster, take a moment to enjoy the views at the top, hold on tight during the drops, and lean into the curves.

—
Dealing with tough life circumstances? Listen to our podcast episode, How to Face the Impossible with Grit and Grace – 035

You’ll also likeWhen Life Gives You a New Normal, A Life Full of Hardship Has Made Me Joyful, 5 Tips When Your Life Takes a Left Turn, True Beauty is Found in a Woman’s Strength, and Every Woman is Unique, but This Is What We All Struggle With.
#gritandgracelife

Hannah is a wife to Andrew, a mom to 3 busy boys (Maddox, Paxton, and Zaiden), loves all things health & wellness, and group fitness coordinator & instructor at the local Y. Above all, she is saved by grace and strives to love like Jesus.

How to Get Your Hormone Health in Check

When and How to Start Your Child’s Skin Care Routine

This Is What Running in My 40s Has Taught Me