No one would ever mistake me for a dance mom.  I can barely tell the difference between a leotard and a swimsuit. My girl has been in dance for over four years and I’d still rather vacuum than help her put wiggle into tights – which is really saying a lot.

Her debut was a Junior League Christmas shopping event where they had squeezed a stage in the corner and invited local dance studios to perform while women shopped for all things Santa and rhinestones. My daughter was barely out of pull ups. I realize this is awfully young for organized classes of any kind but after much pressure from anyone who watched her shake and twirl anywhere music was playing, I relented.

After dozens of unsolicited performances  in the grocery store checkout, between tables at restaurants and even in the aisle at church, I bought the tiniest of ballet slippers and the most annoying tap shoes and signed her up. Her class only had a few members, and while lining up for her Christmas debut, I learned that one girl in her class was sick, and the other had a death in the family. 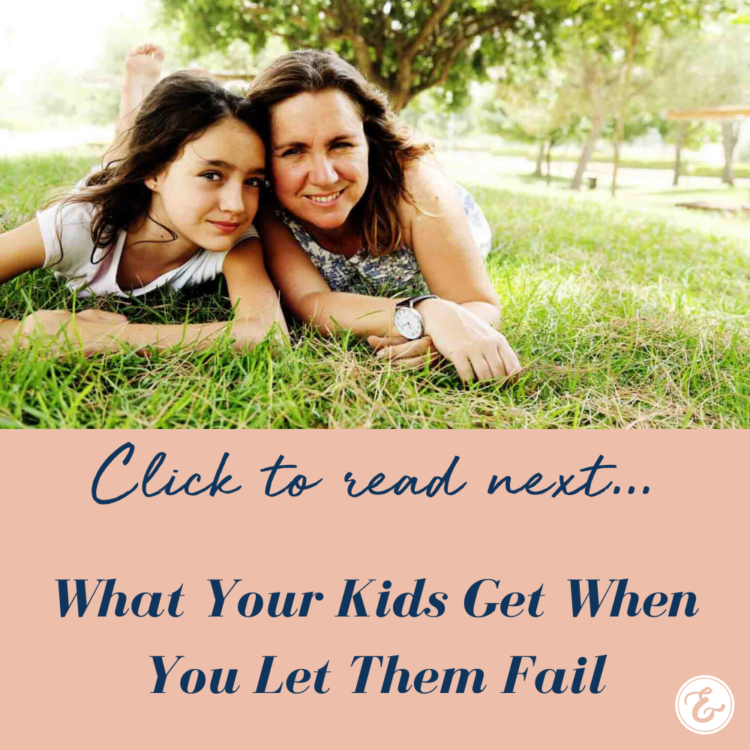 That was it. Her class had three members and quickly her trio had fallen to a solo act. I wondered what she would do when she walked out on the now seemingly huge stage and realized she was alone. I feared how she would respond in front of all these people when the music started.

I decided that if she panicked or froze I would climb up there with her and go through the motions. Even at three, my daughter’s dancing skills had already surpassed my own and I assure you this would be entertaining for all, but not for the right reasons. Instead my girl got up there, her eyes huge as she looked nervously into the crowd. The music began and she absolutely nailed it. She did not need rescuing and I gave that girl a standing ovation.

I’m Most Proud of My Kids When They’re Brave

My daughter is older now and I think this is her last season to dance. I don’t weep at recitals anymore (except maybe because they are so long).

Today as I walked out of her elementary school, I felt the same feeling as when I first saw her alone on a stage. My heart in my stomach. Love and pride bursting me wide open.  Her school hosts an oratorical contest and every year a single student is chosen from each class to compete.

These students recite their memorized poem in front of the entire school, a bunch of parents and the most scary: a panel of serious looking judges. For the last three years in a row, I have found my seat in the back of the cafeteria. First for my son and the last two years for my daughter.

My son is quiet and shy and so I was surprised that he was chosen. I asked him to practice and he wouldn’t even read his poem to me, but he got on the stage and said it in front of hundreds of people. Again my heart swelled and nearly broke me open. He took last place.

The next year my daughter, only a kindergartener, was asked to compete. She shook a little and rushed her poem, but the thought of  a grown up me speaking in front of that many people makes my knees wobble. Like her brother, she took last place.

She competed again today. She repeated her poem quietly but with a little more confidence and inflection. She took third place. Third may sound impressive, but the truth is, that it was still next to last place. Still, I felt that same ridiculous pride as I walked back to my car.

It felt just like every time my son stood at bat and I prayed he didn’t strike out. Every time they spoke at a school play and I secretly hoped they wouldn’t forget the lines. How I feel every time my son runs across a finish line in a race. How I felt when he gave a speech in a library full of parents as Ross Perot. He kept talking even when his fake ear started to slide down the side of his head.

Rarely do kids get awards for being brave.

They are older; they have changed so much and so quickly, but my heart feels the exact same. Just like the Elizabeth Stone quote on having a child: “It is to decide forever to have your heart go walking around outside your body.”

Why Last Place Is So Special

It will soon be awards season at the schools my children attend. I will rush over between classes. Hug them and tell them I am proud of them. I will take a picture of each one with their certificate. But the truth is, my heart doesn’t feel the same rush. It doesn’t want to bust as each kid, mine included, receives a certificate. Getting an award, just like everyone else, doesn’t quite mean the same thing.

I am most proud of my kids when they do hard, scary things. Things that require work, kindness, or knocking knees. When they have the opportunity to fail. When they are brave, despite a panel of judges or roomful of peers or suddenly find themselves alone. In ballet slippers, soccer cleats or church shoes.

Rarely do kids get awards for being brave. These days most awards are handed out for performance or participation. Competing at something that you are good at is not nearly as scary as showing up when you feel ordinary, as dancing alone rather than with the crowd. Sometimes the best kind of trophies or certificates look more like last place than first.

—
You have such an important job, mama! Here are some quotes to encourage you: