Home / Motherhood  / Why Every Mom Needs to Have a Meltdown

Why Every Mom Needs to Have a Meltdown 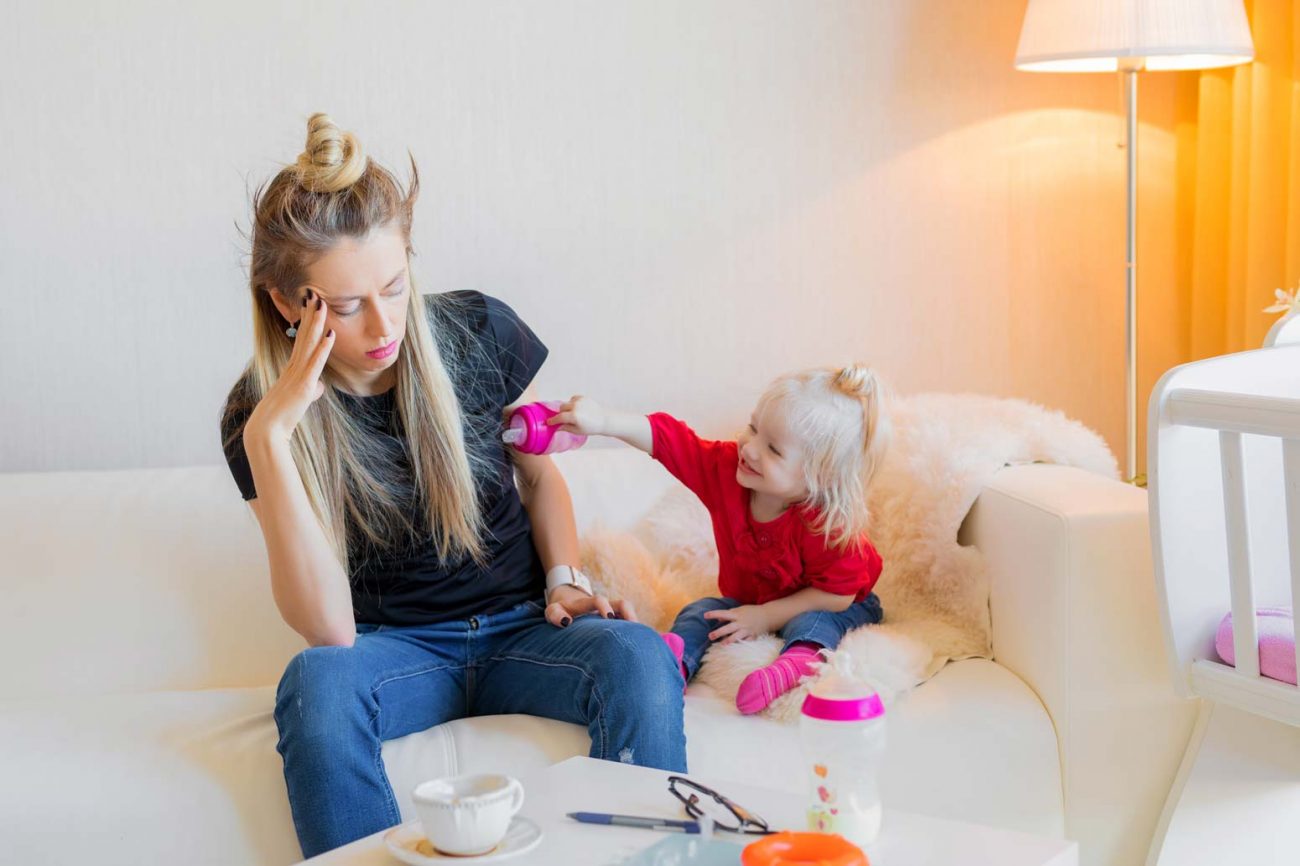 At its best, airline travel is simply a series of minor inconveniences. The waiting. The lines. The undressing. The re-dressing. The small doses of both radiation and humiliation.

But then you add in a family and a bunch of small little humans and those minor inconveniences morph into major ones quite quickly. What seems like a virtual breeze when you’re flying solo quickly becomes a nearly insurmountable hurdle, and everything is about 20 times harder. Especially when things don’t go exactly as planned. Which happens more often than not when you’re flying the friendly skies.

And while my children are inching up in years and things are becoming marginally easier, we still encounter little travel hiccups. No matter how well prepared we are, this is life and this is the TSA, and with both of those things, well, stuff happens.

And because I refuse to be the typical American tourist, I tend to spend an extraordinary amount of energy being polite and overly courteous abroad. I hate the stereotype that we, as a culture, are boorish and self-centered while abroad. I really do. I’m not saying it’s wrong and we haven’t earned it at times, but I still hate it. And while it’s self-centered in its own way (as if I am powerful enough to dispel years and years of accumulated prejudices with one “please and thank you”), I go on a one-woman mission to be the exception to this stereotype and be the nicest person on the face of the planet. No matter the inconvenience. No matter what.

That is my goal.

But Moms Have Limits Too

Except for this summer on our trip to Jamaica. When I wasn’t. Because I just could not even any longer with airline travel and its messes.

And while I’m truly afraid this extended whine will make you hate me, I feel like it bears repeating because there’s a lesson here in the end. I promise there is.

There was no reason why I should have been annoyed. Really. We were returning after a spectacular vacation filled with family togetherness. We did all the things and made all the memories. I had no right to be so miserable.

I was miserable as we unloaded our gigantic suitcase onto the ridiculously hot sidewalk after a two-hour ride from the resort that seemed only slightly like a death wish on windy Jamaican roads. I was miserable as there weren’t enough bins in the security line and there wasn’t enough time to get everything off and out and then back on and in again. I sighed and grumbled as I stood in line behind roughly 40 other women for the bathroom that was about 800 degrees with 100% humidity and also had a mysterious toilet paper shortage. And I was miserable again when I got pulled aside for a random security check before boarding.

(My sincere apologies to the sweet Jamaican TSA woman just doing her job.)

And maybe, in a sheer act of complete miserableness, my worst moment of all was reserved for my poor middle child. Who, upon boarding, realized that his in-flight personal TV screen was not working. His and his alone. And he was not handling this first world problem well.

At this point, I would like to say that I am such a selfless mother and Christian that I instantly gave up my seat (complete with a working personal TV screen), putting my needs and wants second to those of my son. I wish I could say that I am such a model of the Proverbs 31 woman that my son will rise up and call me blessed for my selfless handling of this minor inconvenience.

Sadly, though, I cannot.

And Moms Are Human Too

Now I’m not going to go so far as to say I made a scene. But I will admit that it wasn’t my best moment. I was hot, tired, and really looking forward to watching Friends reruns while chowing down on stale pretzels. So, while I did the whole mom thing and switched seats with him, I wasn’t what you’d call “cool” about it.

It was not my best mom (or human) moment. And, yes, later I ate some humble pie with a very sincere apology. But here’s the deal, I’m not sure we do our kids any favors if we always model the selfless, sacrificial mother. It’s not that I am necessarily calling BS on sacrificing and putting our children and husbands first. It’s more that I’m calling BS on the idea that we should also be so completely selfless that we should always want to put them first.

Because sometimes, yes sometimes, moms are human and just want to veg out for three hours with a feel-good TV show and some Cran-Apple juice. And it’s okay to say as much and express disappointment when plans change and our wants get thwarted. Having a baby and being a mom doesn’t instantly inject a super-human mom power of selflessness right into your soul. You don’t suddenly stop having real needs and real wants. We know this, right?

It’s OK to Let Kids in on the Secret

So maybe our kids need to see it.

Our daughters need to see it so they don’t grow up thinking that they always have to feel joyful when putting their wants on hold when it’s necessary—or worse, so they don’t wonder if there’s something wrong with them or their maternal instincts when self-sacrifice doesn’t feel natural. They’re still going to be human beings with beating hearts, and human beings have emotions. We’re not robots. They need to see that it’s not required to hide your feelings behind a perfect facade of motherhood all of the time. It’s okay to feel it.

And for our boys, they need to see it too. They might grow up and marry a girl someday. And then they might have some kids. And if their only image is of a mom who never ever had her own wants or needs and always selflessly gave herself up for her children without a flinch, they’re going to have a pretty hard time being an understanding husband.

Looking back now on that scene in row 13, I wish I would have behaved a little differently. It really wasn’t me at my best. And I know this. An entertained kid on a three-hour flight trumps my wants any day, and everybody who has ever flown with a bored child raising a ruckus can attest to this. My behavior at that moment wasn’t motivated by this altruistic lesson laid out in 1,000 words or less. It was motivated by being a human. By exhaustion. By frustration.

It was, in its very essence, a mom meltdown.

And if there is a mom alive who hasn’t just had a moment of sheer meltdown frustration, I would like to meet her. I really would. We all do this. We are human. We have feelings and emotions and wants and needs. And while I wish I had been a little more chill and a little less eye-rolling mean girl on that flight, I’m also going to give myself grace that I wasn’t. I sincerely asked for forgiveness for my rotten attitude and gratefully received it (from a 10-year old).

So give yourself grace the next time you aren’t your best self when your wants turn into “not gonna happens” and your plans are thwarted. Give yourself grace the next time you don’t live up to your own expectations of perfect motherhood. The secret is none of us do, but as long as we love with all our hearts anyway, I think we’re going to be just fine.

—
Check out these encouraging articles for you, Mom:

To the Mom Who Feels Like It Never Ends
Dear SAHM: I See You and Want You to Know These 8 Things
A Little Encouragement When Motherhood is Disappointing
To the Mom Who Feels Guilty for Sitting on the Job
Tired? Overwhelmed? 4 Guilt-Free Reasons to Say “No”
4 Reasons Why Being Selfish Is Best for Everyone

A Psychologist Explains How to Compromise and Why You Need to
5 Faith-Based Podcasts for Women That Will Refresh You
Battered Faith: Holding on to Hope Even When You Struggle
How Do I Know What Defines Me?
How These 15 Minutes a Year Can Change Your Motherhood
#gritandgracelife

You’ll love this podcast episode from This Grit and Grace Life: Your Mom Always Said This (And She Was Right)- 079!

How to Be a Praying Parent Throughout Your Child’s Life

My Sons Communicated Better When I Used These 5 Techniques