Home / Relationships  / You, Your Man, and His Baby Mama All Need Grit and Grace

You, Your Man, and His Baby Mama All Need Grit and Grace 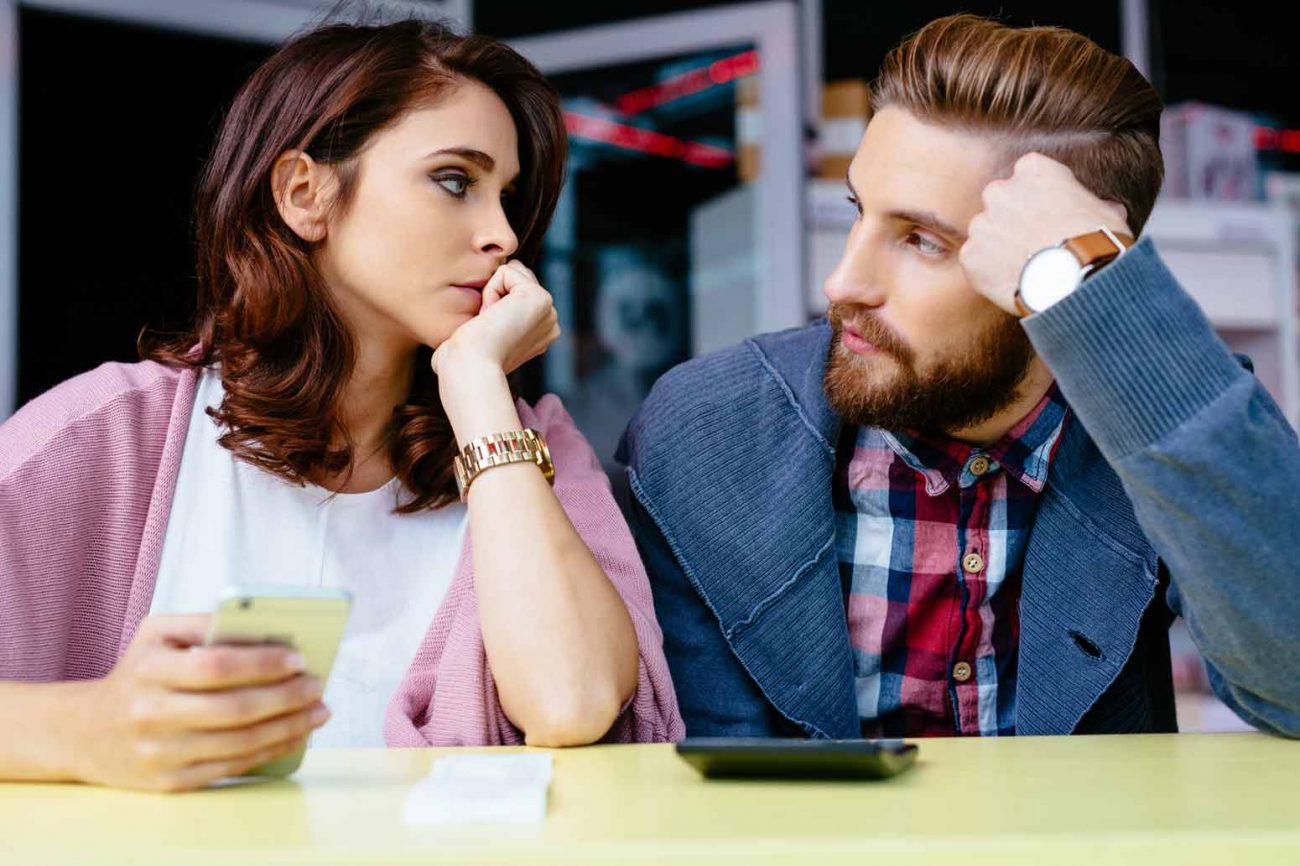 So your man is a pretty wonderful guy. Things are going so well. You might have even married him. What in the world could mess this up? Oh, the mother of his kids!

Baby mama drama began with the start of civilization—think Abraham from the Bible. Sparks were going off between Sarah (his wife) and Hagar (baby mama). Abraham couldn’t deal with the drama and finally shipped Hagar off with their child—never to be seen again. Even if that is your fantasy, it isn’t going to happen—nor should it.

The modern reality is that almost half (46%) of marriages involve a step-parent situation.1 When your relationship first started, dreams of the Brady Bunch may have been circling in your head. But reality hits and everything isn’t as smooth and seamless as a one-hour episode can make it look. (Check out our recent article on how to blend a family here.)

You’re in a love triangle—like it or not.

And often, it’s not even the kids. They’re pretty cool. It’s their mother—that extra person in your relationship. Relationships are hard enough when it’s just the two of you. We therapists often talk about how unhealthy a triangle is in any relationship. But, sometimes they just can’t be avoided.

When you have to factor in the mother of his children into your blossoming relationship, baby mama drama can ensue! Sometimes you can feel like giving up—but not so quickly!

Whether you have just committed to this relationship or you’ve been in it for a while and the drama is escalating, how can you step into a split-parent situation with grace, even when the other woman may be spitting venom? And how do you know when the situation is just too sticky and you need to step away?

First things first. We have all heard that two women cannot peacefully rule in a home together. Someone has to take a back seat and there may be a lot of negotiating to figure out whose role is whose.

You already know that she’s not so thrilled that you are his new woman and the reality is that nothing you do will be good enough in her eyes.

While you are reading the tips below—remember, you can only change you. I’m sure she may appear practically evil, but you can’t change her and neither can he. But, you can improve your whole life and relationship by learning how to deal with her in the best way possible. That means changing you.

1. Jealousy is a normal emotion.

This other woman was a big part of his life and shares the most important little people in his life as well. She likely loved him (and maybe still does). If you can step into her shoes for a moment, you can imagine that she had a dream that they would be together forever. Clearly, it didn’t work out and he wants to be with you. It’s not a far step to understand how she may see you as the person who is keeping her from her dream—even if she tells herself and others that she is over him.

Both of you will have feelings of jealousy. Instead of trying to deny or suppress them, just acknowledge them. Try to respond and not react, by asking yourself, is this response a result of my jealousy or am I really responding appropriately based on what is good for the whole family?

2. You and the other woman must have your own relationship.

Recognize that your man is pulled into between two women and this is a difficult place for anyone to be. If she is constantly complaining, criticizing, or even worse, attacking you and your position, you only exacerbate the situation by going and “telling” on her to your partner.

Focus on developing a relationship with the mother separate from the relationship with him—even if it isn’t the smoothest one. Approach her and let her know that you are not trying to take over her position. Tell her you recognize that she is the mother first and foremost. Sometimes the other woman just needs to feel acknowledged and reassured that you are not trying to take her place.

And by the way, always approach her in a cool, calm manner. If she knows she can get under your skin, she has gained power and will do it time and time again.

If all else fails, do let him step in, but if you can’t handle it on the regular and you’re constantly bringing him into an issue between the two of you, you are asking him to choose and you are jeopardizing your relationship.

In the best case scenario, you three would all co-parent beautifully with a united front. But that’s a fantasy, not reality. For sanity’s sake, you have to work with what you have. Respecting her rules can be difficult when they are directly against your own. The good news is that kids actually do just fine when there are two sets of rules as long as both sets are clearly stated and respected. It’s only when one parent demeans or disrespects the other’s rules that they get confused. Don’t be that person.

Have a burning question for Dr. Zoe? Submit it to our free advice column here.

His children don’t need another mother. It can be easy to try to slip into that role, especially if you don’t have children of your own. Don’t. You should be a friend—and not a best friend either. You deserve a place of respect as the woman that their father has chosen in his life, but becoming BFFs will cause just as many problems as having a bad relationship with them will.

A good, solid relationship is what you want to strive for. Try connecting with them around their areas of interest. If they disclose secrets to you, make it clear that you will not be a secret-holder and encourage them to tell one or both of their parents.

5. Your feelings are valid too.

When you have done everything you can do to approach the situation in a mature manner and your boundaries are constantly being overlooked, bring this issue to your partner. You deserve to be respected in this relationship. Don’t expect her to respect you. Expect him to. If your needs or desires are constantly being put on the back burner to appease her, then your man may not be ready to put you first and respect this relationship. This is a hard pill to swallow, but it might not be the relationship for you. Respect her and her place in his life. She’s not going anywhere, but don’t allow yourself to play second fiddle.

Baby mama drama will exist in some form, as it always has, for the rest of time. It doesn’t have to ruin your relationship if you take the high road. Respect her and demand respect (from him) in return and you are well on your way to making it work.

Like what you find at Grit + Grace? Support our mission here:
Donate

Stepmother: The Most Difficult Job in the Family
Ask Dr. Zoe – Dealing with Blended Families and Different Household Rules
5 Ways Blended Families Can Be Happy and Healthy
Establishing Healthy Boundaries in the Grit and Grace Life
A Psychologist Explains How to Compromise and Why You Need to

How Do I Know What Defines Me?
The Amanda Bynes Story—Finding Grit and Grace in Recovery
What This Lawyer Thinks Every Woman Should Know
Make the Decision to Be a Woman of Strength
True Beauty is Found in a Woman’s Strength
What to Do When He Didn’t Propose (But Should Have)
#gritandgracelife

You’ll love this podcast episode from This Grit and Grace Life: A Therapist’s Practical Advice for Blended Families with Dr. Zoe Shaw – 050

Walking Away from Mr. Wrong to Love the One Who Was Right for Me