Ask Dr. Zoe – He Asked Me to Marry Him Now He Won’t Set a Date

After my boyfriend and I had been together a year, one night while we were spending alone time together he looked at me and asked: “Will you marry me”? There was no ring, just the question. I asked “Are you really proposing?” and he said “Just answer the question…”, but I said, “I’m not answering it unless this is a real proposal”. He continued to ask and insisted that this is a real proposal. I ended up saying yes.

I was elated and wanted to tell my best friend but he asked me not to say anything until he could afford a ring. I was a little crushed. So, the next day I asked since you don’t want me saying anything do you want to take it back? He said no. So I didn’t say anything.

Fast forward: It was never mentioned again until a year later. I said I think we need to discuss it because it’s been a year, his finances were good, he had received a promotion and 3 raises so I knew the I can’t afford a ring was no longer an issue. He said well I’m scared things will change between us how can you be so sure, I said I just know. He said well I also really want my daughter’s, my mom, and my sister’s approval of you too. He said you already have my mom’s and daughter’s, now just my sister’s. I have never met her because she lives in another state and is fighting cancer. He also wanted to ask my son’s approval since my dad is deceased. I left it at that. That was June of 2018. In October of 2018, he said you have my sister’s approval although you haven’t met her. She approves of you through conversation.

So here I sit, 2019, no ring, no mention of a proposal, no more wedding talk, only comments to the future of “us.” I love that he uses “us” when talking about the future, but at the same time, I feel hurt and wonder why he hasn’t mentioned or proposed. Some days I feel it’s never going to happen. I don’t want to bring it up again since a year ago he knew I had questions because I don’t want a proposal out of feeling he has an ultimatum. I love him but I also wonder why if he loves me like he says he would put me through this. Any takes on this would be great.

This is a tough situation that you and a million other women are struggling with right now. You’ve been dating for a while, he says he wants to marry you, but then months and years go by, and there is no real movement in that direction. What’s a woman to do?

A woman of grit and grace addresses the elephant in the room and faces the situation head-on.

Some men need a little motivation. Things are good. Why would he want to change that?

First things first, he was the one who proposed to you. Not vice versa. He said he wanted to marry you a couple of years ago, but now he’s not sure. All of his reasons for waiting (getting everyone’s approval) seem to be non-existent anymore. It is perfectly appropriate to confront him with what’s going on.

You said if he loves you, why would he put you through this? Honey, he’s not putting you through anything. He’s happily dating you and enjoying being with you and doesn’t see any real reason to change this. You haven’t given him one.

He asked you to marry him because he didn’t want to lose you. He feels confident that he has you now. You are the one putting yourself through this anguish, not him.

If he is clear that he can have you as his girlfriend or his long-term fiancée forever, then he has no motivation to change anything. If he gets a sense that if he doesn’t commit, then he may lose you (because you value yourself and are not his string along play toy), he will either step up or walk away. Either way, you win.

Yes, I said, either way, you win. I know you don’t believe this. I know you are holding on because of the fear that addressing this head-on will make him walk away.

If he doesn’t step up to the plate, then he was never yours to begin with. It hurts, but you win.

Ask For The Commitment You Deserve

You win because you either get your man, or you open yourself up to a healthier relationship in the future. You lose if you do nothing, say nothing, and wait, hoping that he will finally see your full value and commit to you.

And just because a guy isn’t committing to you doesn’t mean he’s a bad guy. It could be that he really isn’t ready or doesn’t feel like you’re the one. Or, it could be that you just haven’t demanded to be treated well. We teach people how to treat us.

Rachel Hollis described this in her book, Girl Wash Your Face. She “dated” her husband for years and he was not committed enough to her to even call her his girlfriend, but when she said, “No more, I’m done. Bye,” He proposed to her immediately⁠—and they got married. He was a great guy, but she sent the message to him that he didn’t have to value her and so he didn’t… Until he realized he was going to lose her.

Many women will say they don’t believe in ultimatums, or they don’t want to force anyone to do something they don’t want to do, but what they are really saying is I don’t value myself enough to demand the treatment I deserve. I’m too scared he will leave or get angry if I stand up for myself, ask the real questions, or face the real issues.

Strong women give ultimatums. (Don’t miss this podcast episode from Dr. Zoe on this subject.) I think it’s important to note that the ultimatum isn’t a threat. It’s a willingness to walk away from a relationship if it isn’t serving you in a healthy way anymore. Without that willingness (and I know it’s tough), then it is just an idle attempt to manipulate his behavior. Don’t do that. It will turn out badly.

When you get to the point (and I hope this answer helps you get there) that you recognize that you are valuable and you deserve more, you will have peace with your decision, and you will come to him from a place of health, firmness, and honesty.

I’m so glad that you are asking this question of me, but you really need to ask it of him. Ask the difficult questions, girl! Value yourself and what you have to bring to the table as his wife and life partner.

What to Do When He Didn’t Propose (But Should Have)
Dear Friend, He Doesn’t See Your Worth But I Do
True Beauty is Found in a Woman’s Strength
How to Know if Your Boyfriend is a Charity Case

Here’s a Quick Way to Know If You Should Keep Dating Him
3 Questions You Need to Ask Yourself About Your Standards
Here Are the 10 Commandments to Be a Great Bonus Mom
Married to the Badge: Not Your Typical Life
When Life Throws You a Curveball, You Need to Reevaluate
#gritandgracelife

You’ll love this podcast episode from This Grit and Grace Life: When to Leave an Unhealthy Relationship with Your Man – with Dr. Zoe Shaw – 024 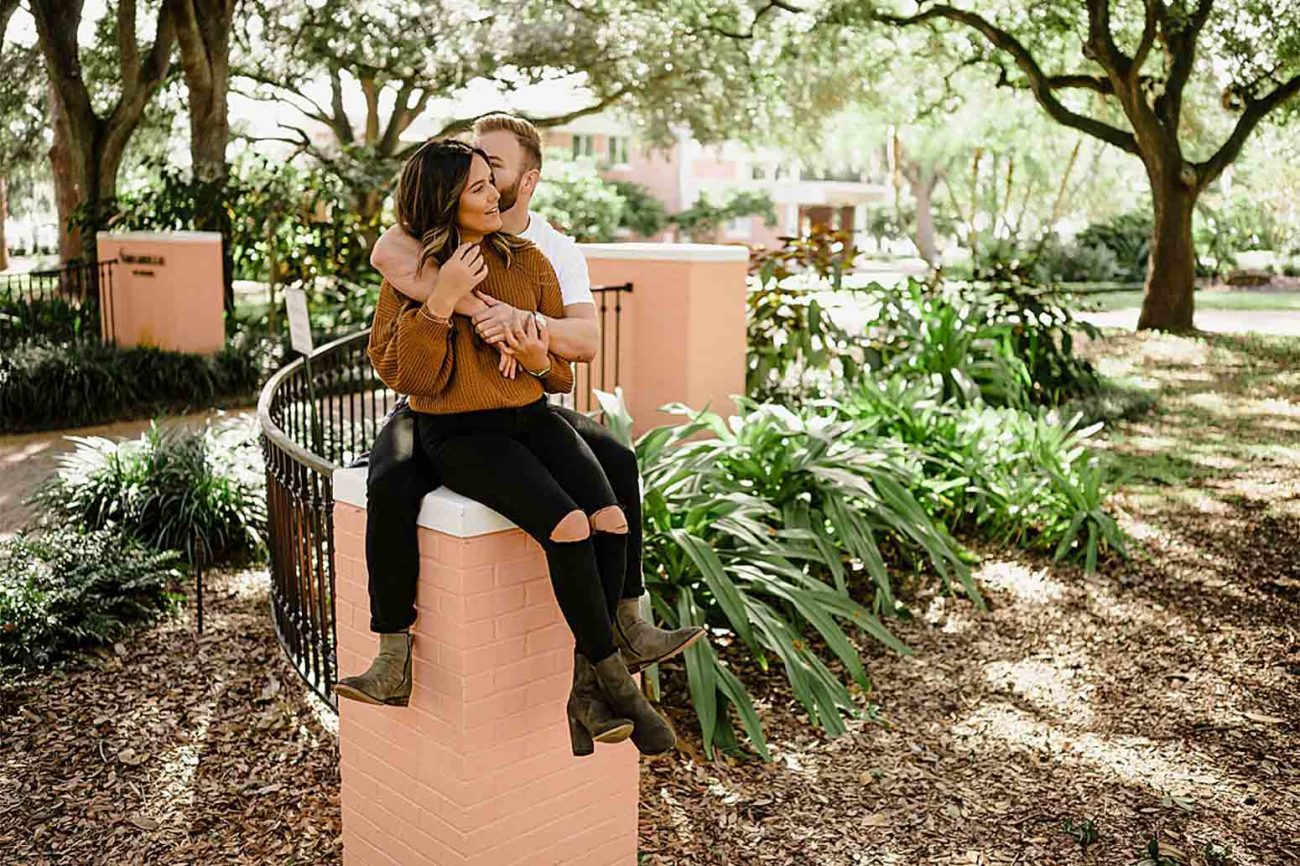 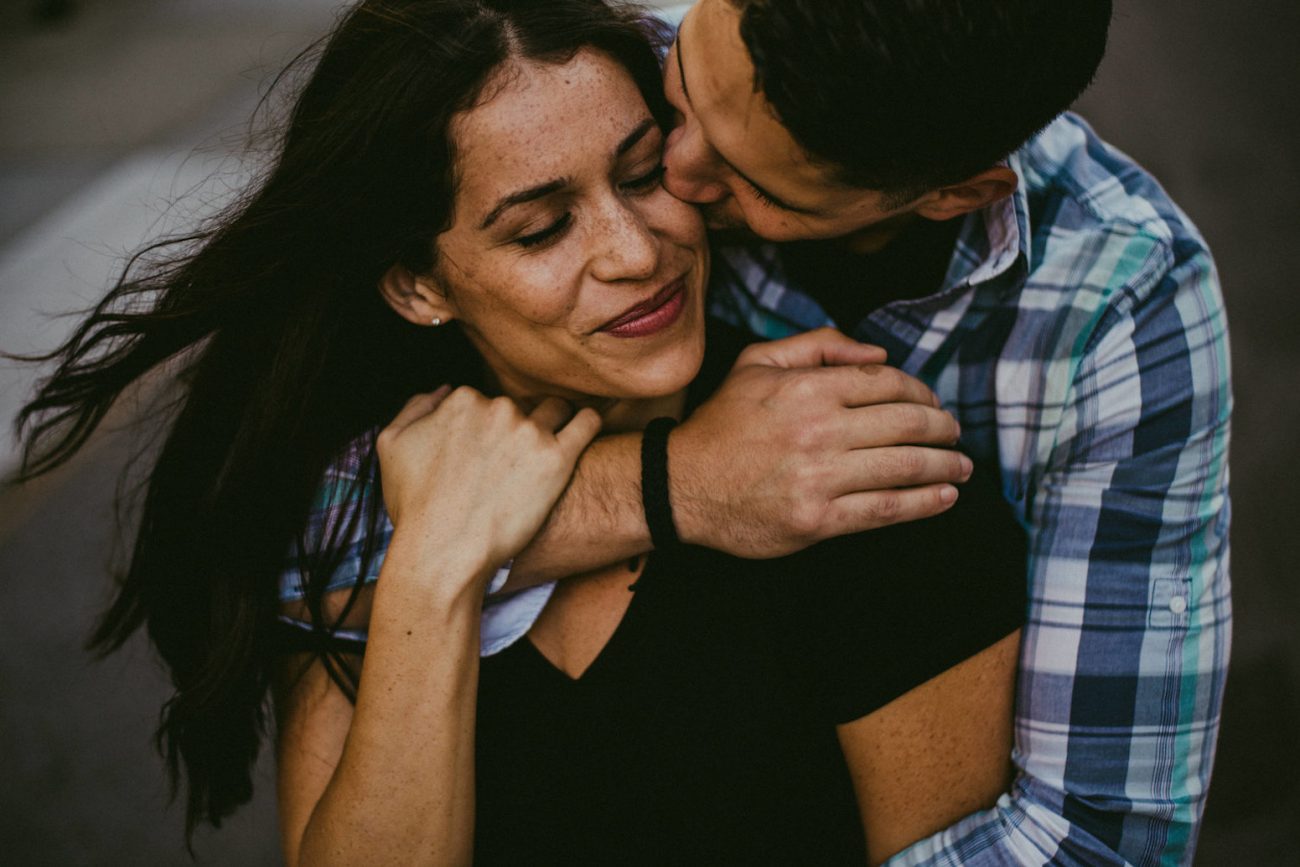