We found ourselves standing on opposite sides of the front door. I stood on the inside, tentative and shaking. He was positioned on the outside, his hands clenched, forming fists, and his jaw locked firmly in place. We had found ourselves in this position before but this time his anger ignited and his fists raised, slowly and deliberately.

I’m not certain where I found the courage, but I looked into his eyes, took one step towards him, and whispered a single sentence: “Be very careful—if you do this, it will be the last time you see me.”

In the coming days, I collected his clothes, gathered a few household items, placed them all in a large box, and sat the box outside the apartment door. I scribbled a note on the top of the lid, “There is no more room for your threats and abuse. I’m done, have a good life.”

That day’s confrontation proved to be our last encounter. Our year-long marriage was over.

I Was Determined to Make It Work on My Own 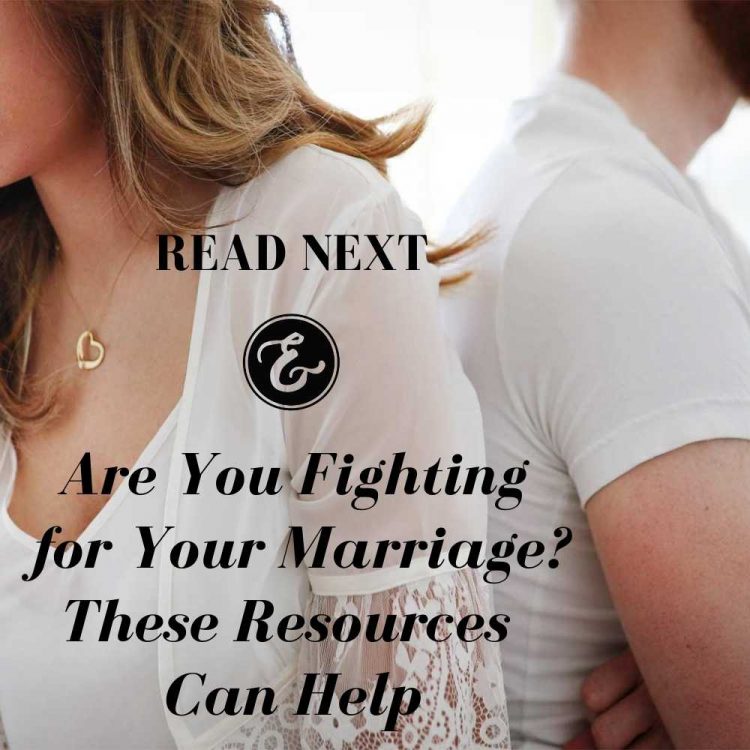 Before the white dress, the marriage vows, the promise of forevermore, the truth of our incompatibility was evident. It was clear our hopes, dreams, and beliefs would never align. Friends tried to warn me. Yet, I remained defiant, perhaps naïve.

And in the days leading to our wedding, I found myself questioning, “How in the world had I gotten so far down this road?” I knew deep inside—this marriage would never survive. Yet, my pride would never allow me to change my mind. I was determined to make it work.

As I think about this relationship now, I’ve come to understand that my defiance was caused by a heart desperately seeking love and acceptance. Somehow, I convinced my younger self that marrying this man would equate to a life of value. Our marriage vows would bring self-worth. I could fix his brokenness and heal my longings.

Unfortunately, our time together resulted in a relentless deterioration of the woman God intended me to be. I had bought into his lies and dutifully rehearsed the happily-married couple distortions. I had lost myself in the fear and anger that had become our life.

Until the day I stood in that doorway. The day I decided not to allow the damage to prevail. The day I accepted God’s offer of freedom in the form of a single step, a hushed whisper, and a message written across the top of a packing box.

I’d like to say from that day forward, I never fell prey to a man’s allure. That my heart stayed firmly nestled in God’s grace-filled hands. Unfortunately, behaviors are hard to break and the gaping wound left by a childhood of brokenness and a marriage that exaggerated my failures allowed the hole to enlarge.

I sought to fill the wound with people, careers, busyness, and the world’s attractions. One disappointment and another lie at a time. All leading to greater emptiness and a growing distance from God.

I’m beginning to believe God uses our wounds, the trials we walk through, to change us. Perhaps as we get to the end of our abilities to address our hurts, we get a little closer to allowing Him to be our Healer.

If you find yourself in a spiral, tumbling further away from the woman God created you to be, from the woman you long to become, then consider R.E.S.T.

How to Find R.E.S.T Amid Your Struggles

R: Relinquish your need to control.

Demanding control keeps you in bondage. It keeps you going back to the very thing that causes you the greatest pain. You can’t admit when you’re wrong or need to make a change because it goes against everything you’ve done to maintain a tight grip on your life. But God waits for us to open our hands and receive His gentle prompting to “go in this direction.” And once we take a step toward Him, He wraps us in His loving arms and promises, “I will never leave you nor forsake you.”

E: Establish a new focus.
Keeping your eyes focused on your circumstances, the pain in your life, and the struggles you face blocks you from being able to move forward. About 6-months into my marriage, I was convinced that this was the best my life would ever be. I had made this bad decision and I was forced to stick it out, to accept my fate. This is all false thinking, and on that faithful day, God lifted my eyes toward Him. I was able to see the distortions in my beliefs and the hope in His truth. 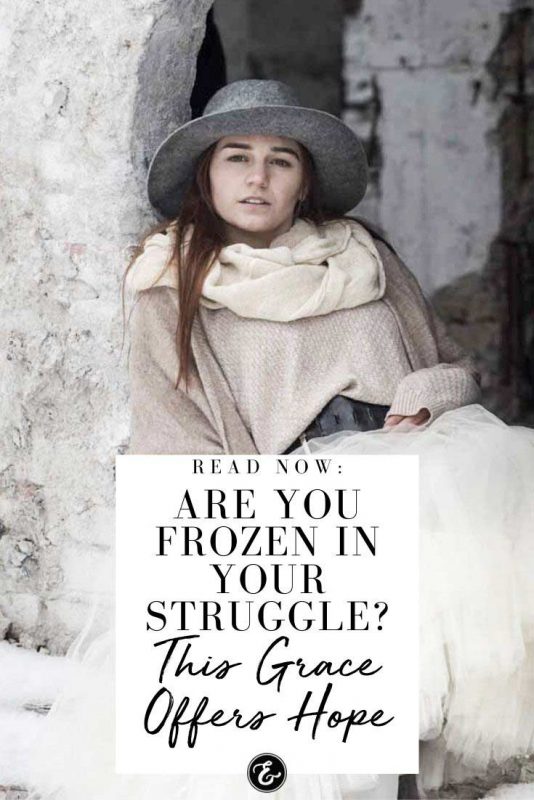 Silence imprisons you. As my life spiraled further out of control, I became quieter, less willing to interact with family and friends, and isolation became a way of life. I was embarrassed. I had made choices that clearly were not God-ordained and I believed I had irreparably disappointed my parents. But there was support on the other side of my silence. When I found the courage to share what I was experiencing and my hope for a different life, I gained the strength to listen to God and move as He directed.

T: Trust God for your future, the present, and to heal the past.
For someone that had problems making the tough decision even when I knew the truth, trusting God was a challenge. Yet, the years following my marriage showed me just how far I can run from God when I try to hide from the truth and work to protect my ego. But what I’ve learned is God will provide a clear path for the future, will walk with me today, and has put my past in the past.

I’ve learned through the challenges I’ve faced, my interpersonal wrestling, and falling flat on my face, that I can rest in God’s comforting arms – my pasts forgiven and my future secure.

God’s Given Me a Place to Rest

A decade after that front-door encounter, I saw my ex-husband at a social event. We watched each other from across the room. After an hour of trying to avoid one another, our paths crossed – I was returning from the restroom and he rounded the corner.
The years had physically changed him. Yet, as he began to run through the list of accomplishments and failed relationships, I knew his heart was untouched. I looked into his eyes, and unlike our last interaction, I no longer saw him as a source of fear. I saw a man desperately looking for validation.

That encounter solidified what God had placed on my heart. My ex-husband’s volatility, and his need to be more, do more, and get more had nothing to do with me. They were his feeble attempts to deal with his pain. But God used those times, as dehumanizing as they might have been, to do something inside of me.

I was pulled from my self-sufficiency to a place of healing. I don’t have to do life alone. I can rest in God’s love and so can you.

—
Often, we as women feel like we have to take on the weight of the world! Eventually, though, we get tired and start seeing our goals fade. If that’s you, listen to this podcast episode to find your way out of that rut: You Don’t Have to Stay Stuck Anymore – 160