Advertise With Us
Home / Faith  / Lessons From Kids About Failure

Lessons From Kids About Failure 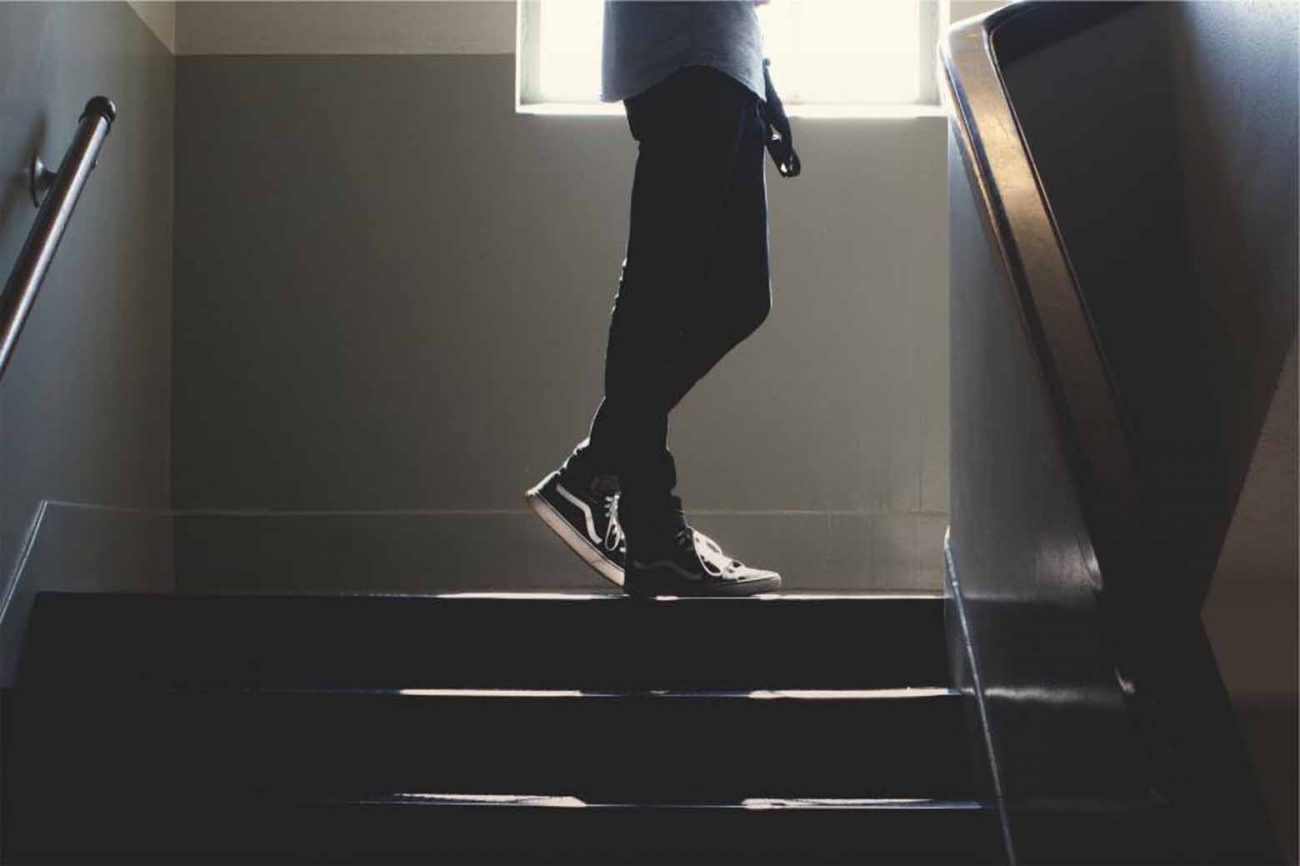 You and I know that failure can be a time-release sort of blessing. We bide our time through the pang of it until it does what we know it can eventually do if we let God use it: transform everything.

When Bill lost his job a few years ago, it hurt a lot. It felt like a failure. This came at the end of the last recession, after quite a few good friends lost their high-level, high-paying jobs and had to live on their savings. Bill’s job was neither high-level nor high-paying (which means we had next to nothing saved), but it was what he loved, and thus it was a blow. Today we both affirm that his job loss was the best thing that could have happened to us. It catapulted us to new vistas, literally and figuratively. We live where we live, do what we do, and know who we know now as a result. There is absolutely nothing about that experience that we regret.

You and I know that failure can be a time-release sort of blessing. We bide our time through the pang of it until it does what we know it can eventually do if we let God use it: transform everything.

Yeah, failure can be a good thing. But young kids don’t know that yet. And it’s our job to point them toward a hope they cannot yet comprehend.

I am now going to catalogue one “failure” from each of our son’s lives. The scare quotes are legitimate (Unlike the sign for “cold” ice cream I saw recently—does that mean it’s really hot? Or some kind of fake cold? Bad grammar messes with my general sense of logic.)

I do not, and did not, see these episodes as failure. But I know they did at the time, so I’m humoring the child (or younger adult) they each were when these things happened. These were formative experiences for our sons, and now that I’ve had lots of time to think about them, I’m grateful for what they taught me.

1.Failure” has a courageous side

Andrew is the quintessential youngest child in that he is more cautious than his three brothers combined. No wonder. He watched us do damage control for their thoughtless actions for years. And so he proceeds with caution. And he doesn’t fail as often as the rest of us as a result.

He was on the middle school soccer team when he got his first bona fide yellow card. The ref pulled it out with the kind of flourish best known to minor officials and held it up in front of Andrew’s grinning face. And we cheered and cheered. I know, most parents yell at the ref or scold their kids when this happens. But we saw Andrew’s foul as a tiny yellow crayon line brashly drawn outside the lines, and we chose to celebrate it with him.

We love Andrew’s caution, by the way. It makes him careful with others and judicious in his decisions. We celebrate that, too.

A few years earlier, Stephen, who was maybe in fifth grade, tried out for a club soccer team and didn’t make it. He got the crushing news on the last day of tryouts. I picked up a red-faced, sweaty kid in the parking lot who I could tell at a single glance was barely containing his urge to cry. He climbed into the back seat of the car, lay prostrate on the floor, and howled all the way home. It was gruesome.

This reaction continued on the living room sofa. And then, suddenly, it stopped. Stephen took the phone to his room and called his friend Greg (who had not made the team either), and before long I heard laughter. “Mom,” he told me, face a normal color and eyes dancing, “Greg and I decided we’re gonna rock the rec league this year. They won’t be able to ignore us next year when we try out again.” This is vintage Stephen, and we don’t know where it comes from. But we celebrate it, too.

3. Some dreams are meant to die so bigger dreams can live

David went to college in Texas for one semester to a former commuter school that boasted a growing campus life in all its glossy promotional material. Turns out, they lied. David had two roommates who went home every single weekend. Faced with a dorm full of acquaintances who didn’t stick around long enough to become friends and a barren campus every weekend, David languished. To his credit, he stuck it out the entire semester, made good grades, practiced with the soccer team in their off season, and found Young Life in the phone book, called them and volunteered. But he was not happy. The beautiful poems he sent home attested to that. Never has a son so eloquently expressed his love for his parents. He didn’t just write poetry; he wrote psalms that documented his genuinely deepening passion for Jesus.

The thing is, David’s dream of Texas was, well, the size of Texas. And his dream-to-reality ratio was about that big, too. He’s a dreamer, that young man. I’m married to one, so I know. Actually, Texas was simply not a worthy dream for a heart like his. While he was there he discovered bigger dreams. And that, the pain of a dying dream aside, is a good thing.

4. “Failure” can connect you to the God who allows it in the first place

Right after Matt graduated from college, he had his own version of the of-course-someone-will-give-me-a-job notion most college graduates entertain. He’d won the business entrepreneurship award and graduated with honors, so he had high hopes that he would find an angel investor or two right away for the business he planned to start. That he didn’t isn’t what I’d call failure. I’d call that reality.

Anyway, we told Matt he could stay with us while he found either a) an investing partner for his business or b) a job. After a few months when he’d found neither, he got desperate. And in his desperation, he developed something brand new for him: a prayer life. He went every day to the IHOP near us (not pancakes, prayer) and cried out to God.

For an action-oriented guy like Matt, this kind of “failure,” the kind that simmers slowly, is hard to take. The kind that tricks you into thinking it’s just about over when it only gets worse. But, like the psalms David wrote in his lonely dorm room, I saw Matt’s story take on a new cadence in mid failure. Praising God, for him, started out as a means to an end, almost like a talisman to ward off the bad luck of unemployment. But it didn’t stay that way. Matt went to God, desperate for him to change his circumstances, and God changed Matt into a man desperate for God to change him.

This is my take on these events. Maybe I’m seeing a few things that weren’t there, but I don’t think so. Failure, with or without the scare quotes, is one of the more authentic of life’s teachers. Maybe our sons would say these things were less dramatic than I have rendered them here, and they might be right. But failure, I have learned, does not flatter us. And I suspect the reason Matt, David, Stephen, and Andrew see things the way they do is that their failures have made them more humble than they might have been without them. Which means they really are time-release blessings after all.

I started to write this as a “what to do when your kids fail” piece, but I began to see that what we moms mostly do is observe. Sure, it may not feel that way to you right now. You feel responsible for so much. For your kids dirty fingernails or embarrassing habits, for tantrums and tests and teaching them not to tattle. It takes so much grit and grace. But trust me when I tell you these are temporary duties that wane over time until they completely disappear. And when you look back, you’ll see that the balance of your hours were spent waiting and watching. Which means your kids may teach you more than you teach them.

Proverbs 16:9 “The heart of man plans his way, but the Lord establishes his steps.”
—
You’ll also like  Boy Mom; When Life Gives You a New Normal, and The Wedding Sway
#gritandgracelife 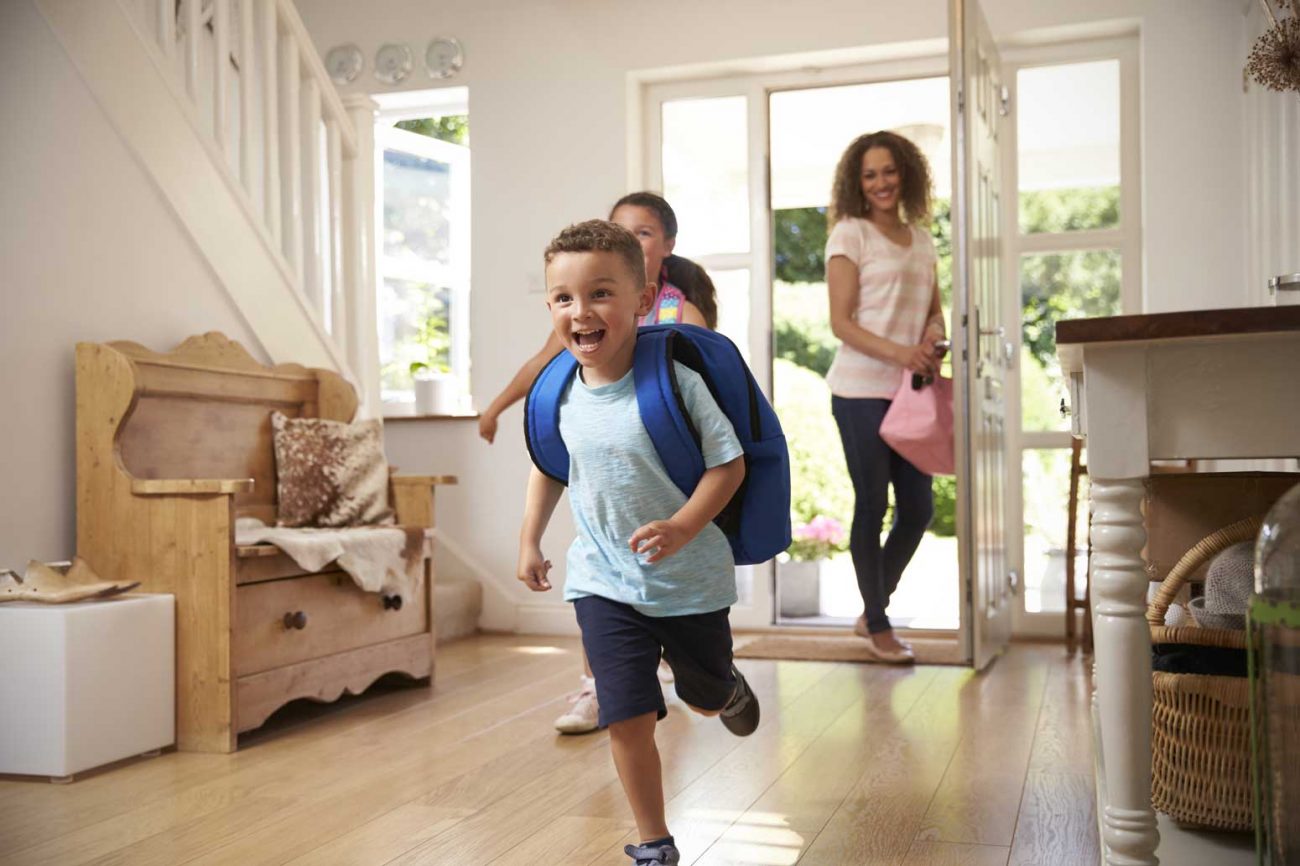 Why This Kind of Dad Makes a Strong Kid