Advertise With Us
Home / Faith  / Our Secret Marriage Code 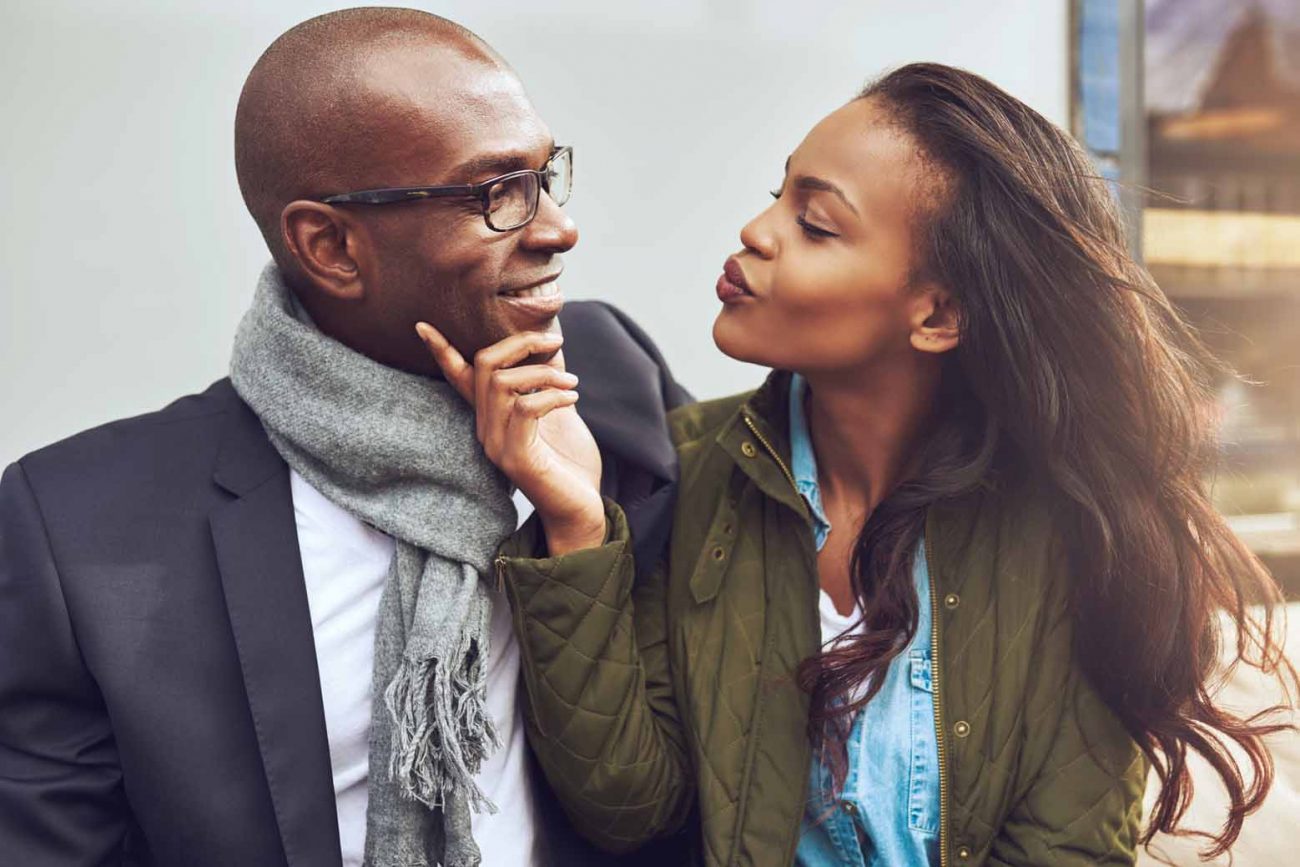 Bill and I have this thing we sometimes say to each other. It doesn’t seem like a big deal, but it’s one of those habitual, intentional refrains we’ve chiseled into the foundation of our marriage. We don’t write it, we say it… but if we did write it down, and if archeologists were to stumble upon it someday in the ancient runes of our marriage, I’m not sure what they’d make of it.

We say, “I need to express something.”

Which is code for, “Listen up. I’ve thought about this a lot, and I have a feeling about something that won’t go away without verbal expression. I don’t need you to do anything about it, but I do need to say it out loud to you.”

We do not view this statement as a right. And we are careful not to use it to manipulate. It’s simply a pressure relief valve between two people who live and breathe so near one another that sometimes things just need to be said. For example:

Late one night as we were pulling back the covers, Bill said, “I need to express something.”
I was immediately on high alert. One reason this deal works so well for us is that it’s a card we rarely play. It had been months, maybe even over a year, since either of us had said these words to each other, so I figured this was going to be important and maybe even hard to swallow. So I sat on the bed and waited.

“When we unmake the bed every night, you throw all the pillows—all twenty-seven of them—on my side of the bed. And I trip over them if I get out of bed in the middle of the night.”
I exhaled with relief and said, “I had no idea. I can fix that.”

And I did. My side of the bed was wide-open space, so I started throwing the pillows—all six of them—against the far wall of our bedroom where there was no way Bill could trip over them. Note that the focus of his complaint was not the number of superfluous pillows on the bed. For this I was grateful. Bill understood that the arrangement of these pillows, for reasons unknown to him, was somehow connected to the ontological harmony of my universe. But where they landed at night, I could change that.

Mostly our phrase has weightier applications than the pillow affair, and in its weight it calls for more delicacy. I still remember the first time I used it.

We moved back to Atlanta when our first son, Matt, was still a baby. Bill was on staff at a large church where his role was defined, but mine was not. I later made peace with the fact that Bill disappeared emotionally and physically around nine on Saturday nights and didn’t reappear until sometime on Monday. I actually began to understand his need for this and to even hallow it somewhat. But that was years later.

Atlanta, although I’d attended college here, was Bill’s world, so wherever we went I often felt like a party-crasher. This was my problem, not anyone else’s, but there were times when I desperately craved acknowledgement from Bill because he was the only person in the room with whom I shared any history. A glance or a stroke of his hand on mine would do.

But Bill was doing his own brand of adjusting to our new environment and didn’t have a lot leftover for me. Still, I assumed I could coerce a little affirmation or affection out of him and then we’d be okay. I’m ashamed to think of how me-focused and controlling I was, all wrapped up in that patented Southern femininity we Georgia girls possess. (It’s not as powerful as we’d like to think it is, by the way.)

I don’t remember when or how we hit on the “I need to express something” idea. I do remember that we vowed to each other that we would never, ever use it to mean “you need to do something.”

One night we went to a gathering of college ministry people. All single. All younger than us. The women wore clothes that weren’t a season out of date and had bodies that weren’t recovering their shape from childbirth. Bill knew lots of them, and I knew none of them. We took Matt along, so I was preoccupied among a group of sparkling, intensely-focused young men and women who, like me just a year before, were not “baby people.” It was the perfect storm for my securities to rise up like the freaking Loch Ness monster.

I went to the bathroom to pray down the way I felt. Insecure. Abandoned by my husband simply because he was content to chat with a different circle of people in a different room. Lost. Unloved, even. Then I remembered our phrase.

Bill saw me come out of the bathroom, and said, “You okay?”

We stood in a hallway well out of earshot of everyone else, so I took a breath and said, “I just need to express something.”

I continued, “I feel really insecure tonight. I don’t want to, but I’m comparing myself to everyone here. That’s about it.”

He turned on that wonderfully empathetic, genuine smile of his and asked, “What can I do?”

And it was true. I already felt so much better. As I recall, Bill gave me little morsels of his attention that night, a glance here, a stroke there. Nothing more, because he knew what I’d forgotten, that it wasn’t all about me. Tasty bread crumbs that led me back to the fact that I’d had his heart all along. He later told me he freely did this for me because I hadn’t asked him to. Because it was not obligation. (I’m going to be arrogant enough to quote a past quote of mine here: “Obligation is the murderer of love.”)

Bill says good marriages have good habits, and I think this may be one of ours. But lately I’ve noticed that some of our better habits look like simplistic formulas. It’s kind of embarrassing. But there is something deeper here, I know it.

As I’ve said, the trick to this particular formula is that we rarely pull the trigger on it. That, and the fact that when we do say it we have already sifted out any nefarious agendas that might be lurking in the words we’re about to utter.

But here’s the other reason I believe we’ve been able to make it work:

Bill is an empathetic listener. He is patient. But he is not God. He mirrors the character of God to me better than any other human I know, but he is not the object he reflects.

In light of this fact, Psalm 40 really comforts me. In Psalm 39, David says he tried the non-expression route and it literally made him sick. We were not meant to hold things in. Sigh. Then in Psalm 40, he says this:

“In sacrifice and offering you have not delighted, but you have given me an open ear.” (Verse 6)
In other words, God is not impressed with nor does he require my sacrifice, including the sacrifices I try and invariably fail to make with my mouth. Not that we should not be surgically careful about the things we say (working on this). But our relationship with God does not stand or fall here.

He is ready for my “I need to express something.” I don’t have to be careful and I certainly don’t have to release him from the need to do anything about it. In fact, I can beg and know he’ll act. I can say, “Be pleased, O Lord, to deliver me! O Lord, make haste to help me!” I would never talk like this to Bill, because it would strain our relationship if I did. At least if I did it daily the way I do with God.

The Hebrew for this verse is literally, “ears you have dug for me.” God is saying, If you’re going to fall in the pit of your own fear, your own anxiety and boredom and aimlessness and passion and insecurity, fall into the pit of my listening ear.

It’s like His pit is filled with a thousand pillows. (See, I knew if I tried hard enough I could spiritualize all those pillows—I need to make sure Bill reads this post.) Seriously, I’m in awe here, because God has done it again. He has made the cure look like the malady. My mouth, my boundless capacity to say the wrong thing far too many times, is not healed by zipping it or locking it (and don’t forget to throw away the key). I am made whole by expressing myself to a God who responds by transforming, not necessarily the thing I tell him about, but by transforming me.

Looking for more words of wisdom and encouragement on marriage? Don’t miss You Didn’t Marry a Grown Up Husband, Showdown at the Sketchy Motel and Surviving an Affair – Mine.