We had a threat of frost predicted for 2 a.m. Unsure of whether or not the pots I’d planted at church would make it—with our big spring event coming up, it seemed a shame to risk it—I grabbed garbage bags and shish kabob skewers and headed out.

I hadn’t bothered to unload the yard tools that were in back of the car—my chainsaw and trimmers, trowels and work gloves. This time of year, I laugh when I’m asked if I need plastic for the new plants I purchase. I could almost plant them in the amount of dirt I carry around inside my car. 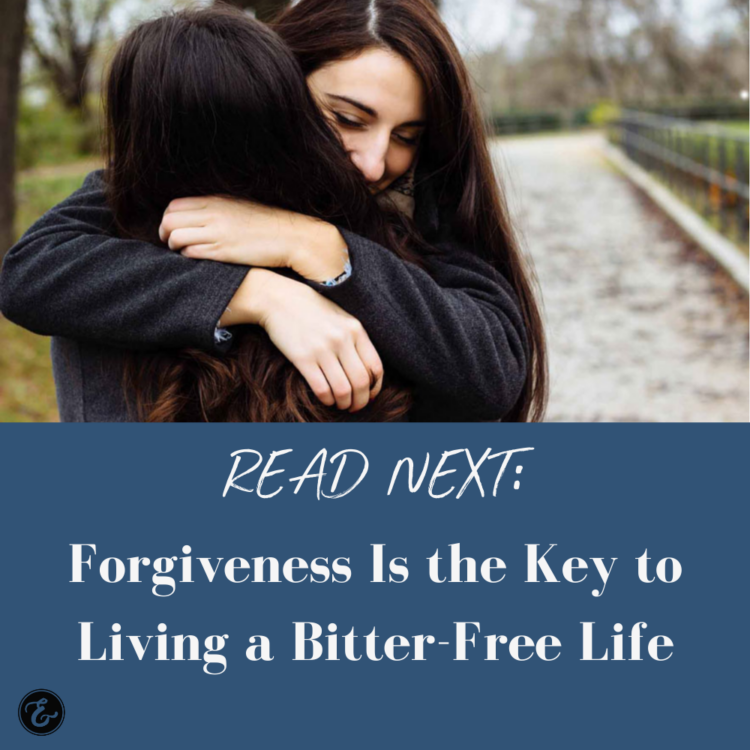 After covering the pots with the bags and sticking the skewers in the dirt to secure them, I looked over the work that still needed doing. As the self-appointed yardman, I try to get the churchyard in shape for this special time of year.

Five cherry trees still needed taking out that threatened to take over the children’s wing, and so did the wild onions in the largest bed, acting like the plant-of-choice above the tamer, “Little Lime” hydrangeas, struggling to leaf out.

With my husband out of town, I had the time. And thanks to being a slacker, I had the tools on hand to deal with unwanted trees and weeds. I also had the want-to, late as it was, for some unknown reason. The chainsaw made short work of the cherries, but halfway through the weeds, I smelled more than just onions, though I felt nothing except the ache in my lower back.

It’s cold. It’s getting dark. My energy is off the charts. I’ve been at these chores for well over an hour, and all I came out here to do is cover up pots. What’s going on?

“Are you angry?” I asked myself.

My Extra Energy Was Actually Anger

These may seem like silly questions, unless you grew up in a family where nobody got angry, except, of course, for Captain
Ahab. Nobody dared rock that leaky boat. Anger is not something I feel—it shows up in how much I do.

I thought back over the day: I’d cooked a meal for a family in our church for their movie night—burgers and fries, slaw, corn on the cob, fruit and fudge, chips for the kids. But one of the parents texted at 4 p.m. when the burgers were sizzling and the fries were done, that the other parent made plans for them to eat with cousins.

This was a hard piece of truth to swallow, but I fought to believe it was only natural they’d rather be with their cousins than at home, eating by themselves. It wasn’t that they disregarded me. Or was it?

The text was kind, but no one called to say, “Sorry.” I wrapped everything up and put it in the fridge outside, so they could grab it as they drove by on their way to see cousins.

That’s when I decided to head over to the church to protect those potted plants, and while I was there, fire up my chainsaw and dig onions for a while. It was the energy surging through me that tipped me off: something was powering me beyond my 64 years.

And then I just knew.

“God, I think I’m angry. I don’t want to be, and it’s really hard to admit it. I’m angry that you let the meal-to-go fall through. They’ll have it tomorrow night, but those strawberries might be mush by then, and the slaw, soggy. I get why they don’t want it now; I’d feel the same with family involved. I’m not mad at them. But I’m really mad at you. For one thing, I don’t understand. Wasn’t this a good deed for someone else? Isn’t that what you want from me?” I stabbed the earth and watched it open up, the tiny white bulbs clutching the dirt.

The work that felt fun 55 minutes ago feels silly now and irrelevant. I hate wasted effort, especially when it’s my efforts that
get wasted. I’ve got a lot that needs doing myself. It was hard work to cook for 2 1/2 hours rather than get the house ready for
my group that’s coming.

“I want to love you, but all I feel right now is angry. This is your doing,” I continued.

I kept pulling onions while I talked aloud, the pungent orbs popping free as I dug down with my trowel. I’d been wanting to get this work done for weeks, and it was satisfying to do it myself. It was something tangible to show for my labor, quite unlike how it felt to put a freshly cooked meal in the fridge rather than on a table. 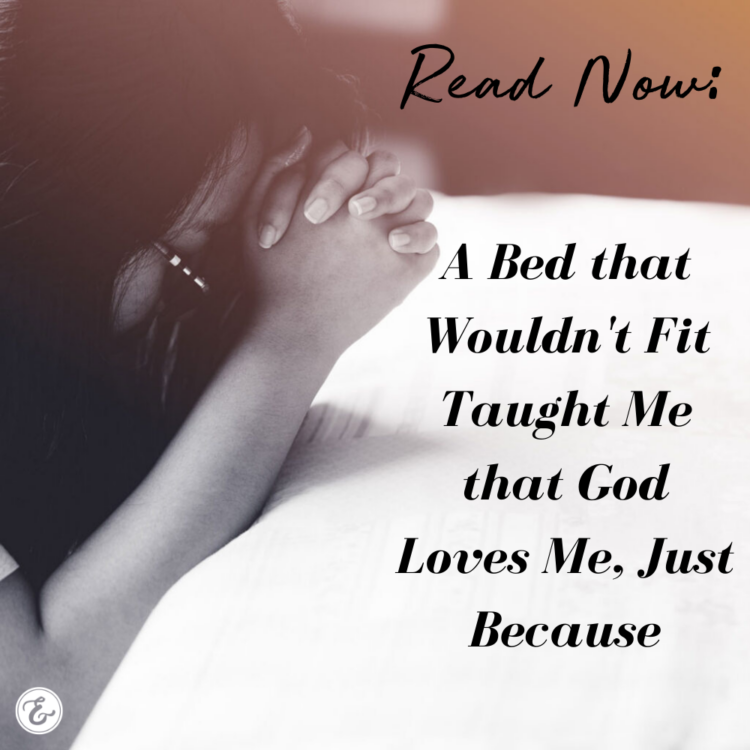 I was working in a poorly drained spot and the soil was wet and loose. The onions were practically jumping out of their roots. “I see that something good came out of all this—a lot of grungy yard work got done that I’ve been putting off. But the best part is this: I feel closer to you, telling you the truth.”

I had to stop and feel a minute to make sure. Denying anger for most of my life makes it hard to know when I’m experiencing it. Yep. That’s anger. Wow. I’m always surprised by how it feels.

“Thank you for loving me even when I’m mad at you.” This was a new thing to believe, that God still loved me, even when I wasn’t feeling any love for him. Or was I? Something was softening.

The caretaker came around to lock up. “It’s cold out here, ya know?” he hollered from the front door, but I hadn’t noticed.

“I’ve been doing this yard work for you, God. I did the meal for you, too. It bothered me that my offering wasn’t received. It felt like you were dismissing me. But I’m thinking what you most want is me—not offerings of meals and weeds—all of me, even my angry feelings.”

Even When We’re Angry with God, He Still Loves Us

Could it be that God cares more about a threat of frost between us than of too much heat?

I went to the barn behind the church to get the wheelbarrow. Huge flakes of sleet and snow began to fall fast, whirling with the wind. It was a wild and silent benediction, a fitting end for this exchange with him. Snow in late spring is mighty strange. The threat of frost passed without further incident.

“Does the Lord have as much delight in burnt offerings and sacrifices
As in obeying the voice of the Lord?
Behold, to obey is better than a sacrifice,
And to pay attention is better than the fat of rams.”
(1 Samuel 15:22, NASB)

—
Sometimes we’re left angry or confused with God over the way our life has unfolded. Check out this podcast episode if you feel like your faith has taken a beating: “Why, God?” Finding Hope when Faith Is Battered – 188

Eve lives on a farm in the northwest Georgia mountains with her husband, 21-year-old son, and various other family members as they wander in and out, transitioning between homes, jobs, schools, or naps. Eve loves writing what she learns in her daily life. "My life is a wonder-full mix of family and friends, football games and diapers, gardening, chores, church, and faith."