Advertise With Us
Home / Motherhood  / Life After Skylar 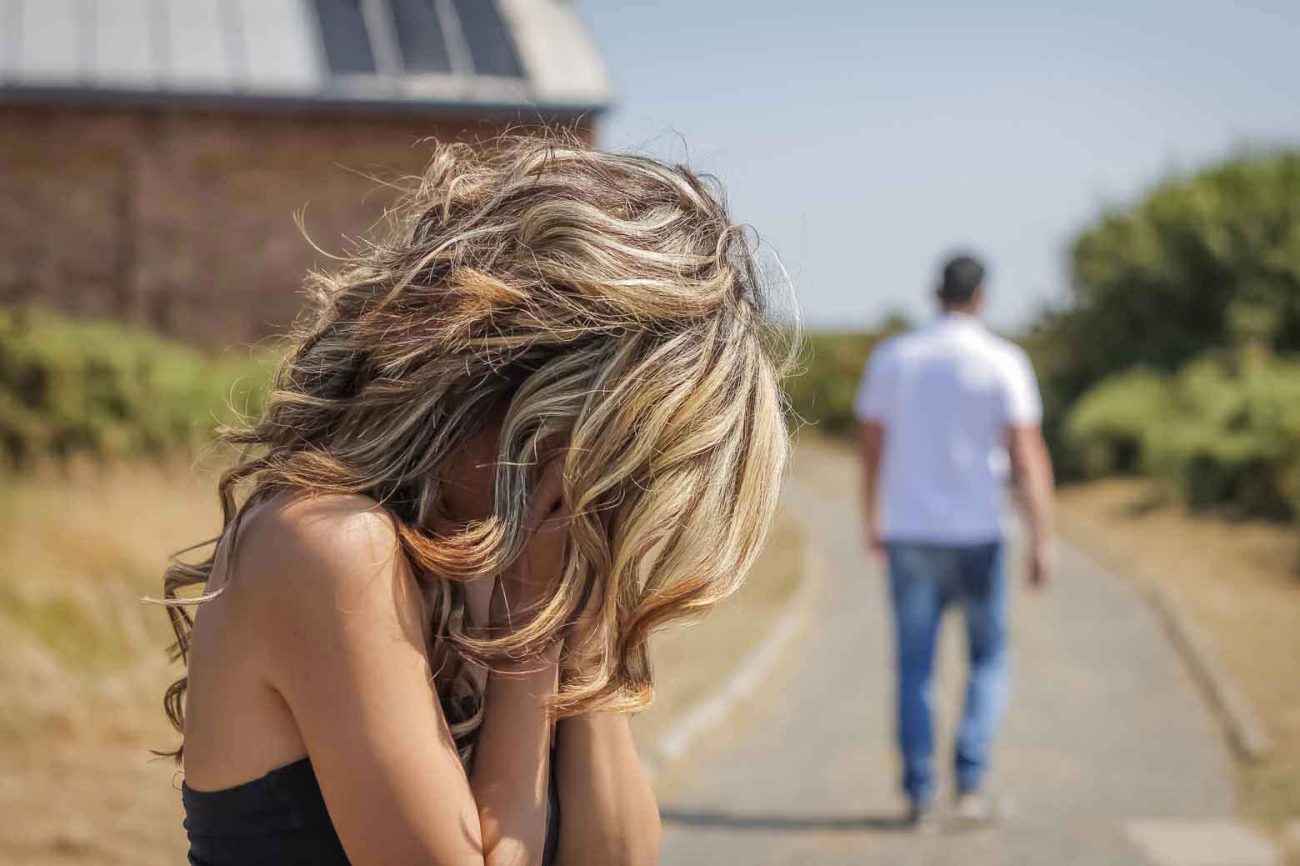 This is part three of a four part series of a young mother’s story. We were so captivated by her journey we knew you would be too. Read the first two sections of the series, here: Part 1 Life Before Skylar and Part 2 Life With Skylar.

After losing my daughter, and being intentional about experiencing the full depth of pain that came with it, I was questioning my decision to avoid anti-depressants. The heartbreak was too much. It was like that time when I was in the middle of hard labor and told my husband and my doula I wanted an epidural… and they told me the next contraction was coming and I needed to breathe deep, pretending not to hear me. I wanted to throw a tantrum and feel sorry for myself, but I took a deep breath and regrouped. The next contraction came and I survived. I kept going. Before long, I had a baby in my arms.

It was hard to believe just 21 months later she was gone. As we buried her, the sound of the dirt hitting her wood box my husband had so beautifully crafted made me want to barf. With each pile of dirt that left our shovels, our loss became more permanent. It was our final way to take care of her as parents, but going home without her was gut-wrenching. I wanted the epidural. What would I do with my time? I was her full-time mom and caregiver for almost 2 years. I could barely get out of bed, let alone function in a corporate environment. We didn’t have any other kids, but luckily we had a dog who needed to go outside every morning or else I might not have ever left the covers. It seemed I had nothing left to live for. I laid in bed wondering why the hell I was still here.

I didn’t try to kill myself, but I understood why people commit suicide or check out with substance abuse. If I hadn’t had my faith and belief that I still had some purpose (even if I didn’t know what it was), it would’ve been nearly impossible to push through the pain. I remember sitting on Skylar’s bed by myself, ready to crawl out of my skin because being alone in the house without her was agonizing. Kyle, my husband, was at work and I called everyone in my phone. No. one. answered. I screamed out to God with tears streaming down my face, “WHY?! Why am I here? Why is she gone? Why am I alone?!” It wasn’t my best day. However, I learned that my pain was a direct result of the love we shared. I learned that grief is just love in another form. Through the pain, I continued to feel an undercurrent of peace. I continued to hear subtle whispers of, “you’re not alone, you are here for a reason.” I dearly longed to discover that reason.

I decided to start my own businesses. Yes, plural. That would be enough to keep me getting out of bed every day, right?! Shutter Sweet Photography allowed me to photograph families and weddings, while Skylight Creative Group allowed me to make use of my background in graphic communications and web design until I figured out which one I wanted to pursue more. I plunged myself into online learning so I could brush up on my skills again. The educational videos helped me not feel so alone and gave my mind something to focus on besides my pain.

When I tried to function in society again, the semi-truck of grief would come run me over, sometimes expected and sometimes completely out of the blue. It could be a smell, a Disney song or movie, the thought of never hearing her giggle again, a stranger asking me if I had any kids, or something completely random. I would scrape myself up from the pavement and limp along until I could walk again, waiting for the next time I would be crushed. Over time, it became less frequent. Sometimes I would miss getting flattened by the tires and would just get clipped by the headlight or get tossed around underneath the tuck before rolling out the backside. It still hurt, but I was getting more resilient. Once I was through the “year of firsts” without her, there was a sense of relief. I felt like I was through the worst.

Speaking of the worst, the divorce rate jumps up to 90% after you lose a child with only 10% of marriages surviving. Before our daughter even died, I understood why. The stress of extreme circumstances and living in survival mode 24/7, especially when it’s a terminal condition over a long period of time, wears you down. Every little annoyance, frustration, hurtful comment, lack of action, or indifference is amplified a million times over. We were trying to make ends meet and doing our best, but our best wasn’t good enough. It was hard to accept, but we knew we were losing the ability to serve one another. When Skylar died, our hearts were so broken and we grieved so differently. Depression set in and it felt like our lives were going in different directions. We had lost the capacity to love one another. It seemed as if our marriage was ending.

I want to be completely honest here. I considered divorce. As a Christian, I tried not to for a long time, which just led to a miserable half-hearted existence. There were men who loved me well as friends. I could start to feel myself wishing I was loved by them instead of my husband, who was struggling. I was tired of feeling alone and unloved when I was married. My selfish self wasn’t looking at my husband’s pain or his need to be loved (where I was falling short). However, it was when I actually considered divorce that my marriage got better.

I remember it exactly. I stood by my bed and let it play out in my head… We would separate and everyone would understand because of what we’ve been through. I would date other people and have fun getting attention and being loved again, because who wouldn’t? But then the reality of dating set in and I realized my vulnerable heart might not be so excited about getting hurt, learning how to communicate all over again, and starting from scratch. November 19th would roll around, and the person I would be with would wonder why I was depressed. They wouldn’t even know that it was Skylar’s birthday and wouldn’t know how strong I was as a mom. Only Kyle would. There would be other days too. Days that would make me want to curl up in a ball and cry. Kyle would know why without me having to say a word. If we could just work through this, I began to see the hope we had in a redeemed marriage… And so as I really let divorce play out in my head, I realized the only person I really wanted to be with was Kyle – assuming we could improve our communication and love each other again. That was the day things changed. Instead of giving my marriage 40-80% effort, I went all in and hoped that we could work through it. 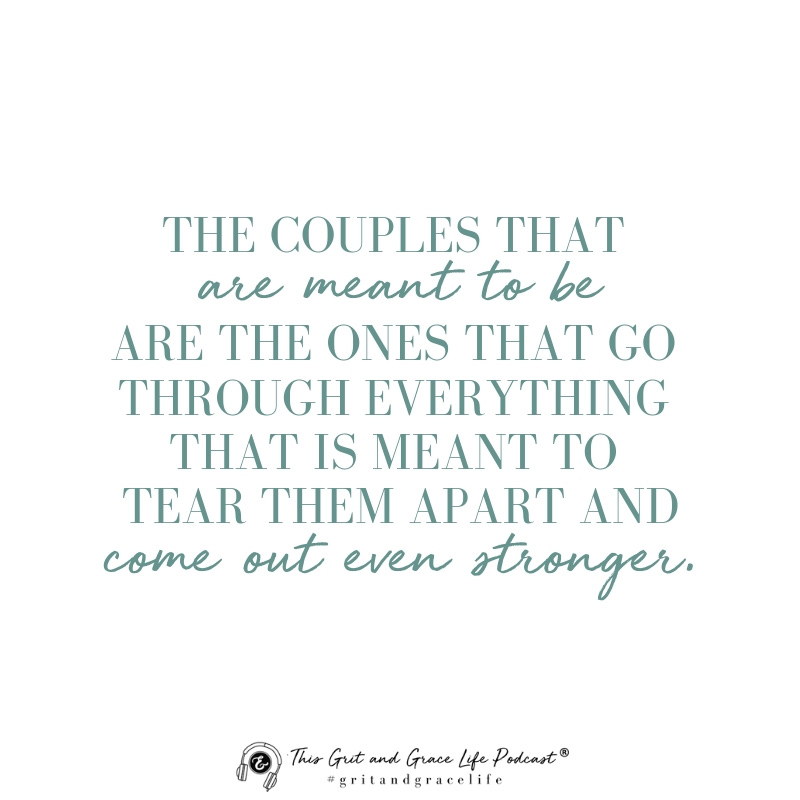 That verse in 2 Corinthians about God’s power being made perfect in weakness – that was our marriage, and we surrendered. We knew our restoration was something we could not do on our own. Our hearts would need to change. We would need to change. Through months and moths of establishing a safe environment to share our feelings, honest tears, and long conversations, we were making progress. It was hard work and we fought for it. Walking away would’ve been easy, but we had faith that God brought us together and had more in store for us than finding a new life on our own. We changed our priorities and made time for each other’s needs. We sat down and cast a vision for what we wanted our marriage to look like and what it would take to get there. We started making changes little by little and we started to see love grow.

As we were working through our marriage and learning how to love each other again, my heart for my business started to change too. Every time I heard of someone facing a terminal diagnosis, I would offer a free portrait session. I knew how special tangible photos were to us and how they helped us through the grief, and I wanted to give that gift to others. After I had done a dozen or so, my husband pointed out that he loved my giving heart, but we still had bills we needed to pay. The thought of not offering more sessions wasn’t even an option. I felt like my suffering had led me to this unique ability to serve others who are also suffering. I wondered what it would take to start a non-profit and began the quest in forming Love Not Lost.

…to be continued. Read part 4, Because of Skylar. Catch up on the first two sections of the story by reading Before Skylar and Life With Skylar.

Nagging Your Husband? Try This Instead.
I Cheated: How Grace Changed My Marriage for Better
5 Ways You Can Revive a Stale Marriage
Marriage Advice That Will Change Things More Than You Think…
5 Fresh Ways to Work on Your Marriage (When He Isn’t)

How a Woman of Grit and Grace Wears Her Faith
Keep Fighting; There’s a Plan for Your Life
Posttraumatic Growth: Finding Meaning in the Pain
Battered Faith: Holding on to Hope Even When You Struggle
Not Sure How to Answer the Question: “What’s Your Why?”
Can You Forgive When There’s No Apology?
#gritandgracelife

You’ll enjoy this podcast from This Grit and Grace Life: Marriage Matters: Here’s How to Invest in Yours!

Ashley is mother to a daughter in heaven and wife to Kyle. She is a lover and a helper. She is known to brake for squirrels, stop on the side of the road to save a turtle from becoming roadkill, and can cuddle with puppies all day long. Coffee would make her mornings so much easier, but she just can't bring herself to like it. She's a friend of grief and an ambassador of joy. She feels honored to have this opportunity to share her story with you. 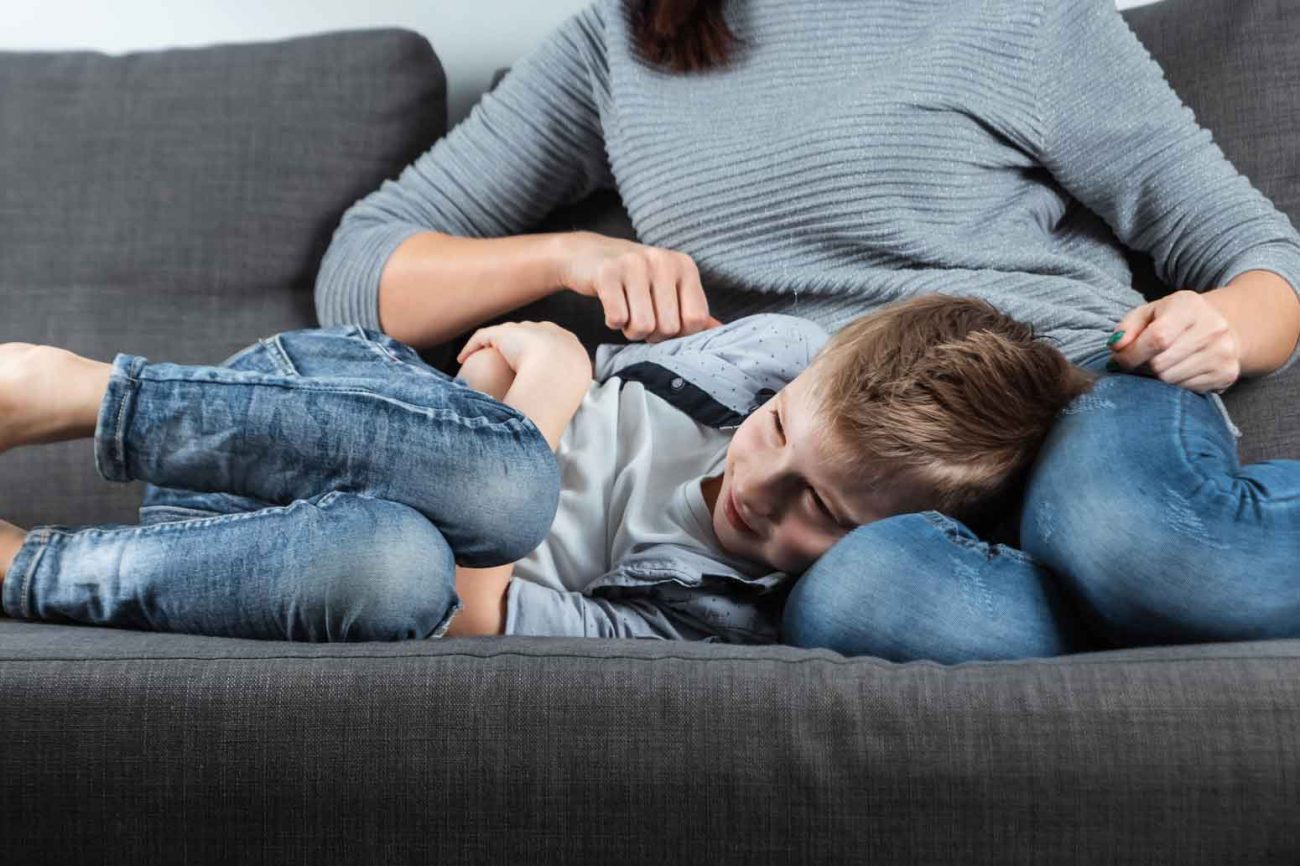 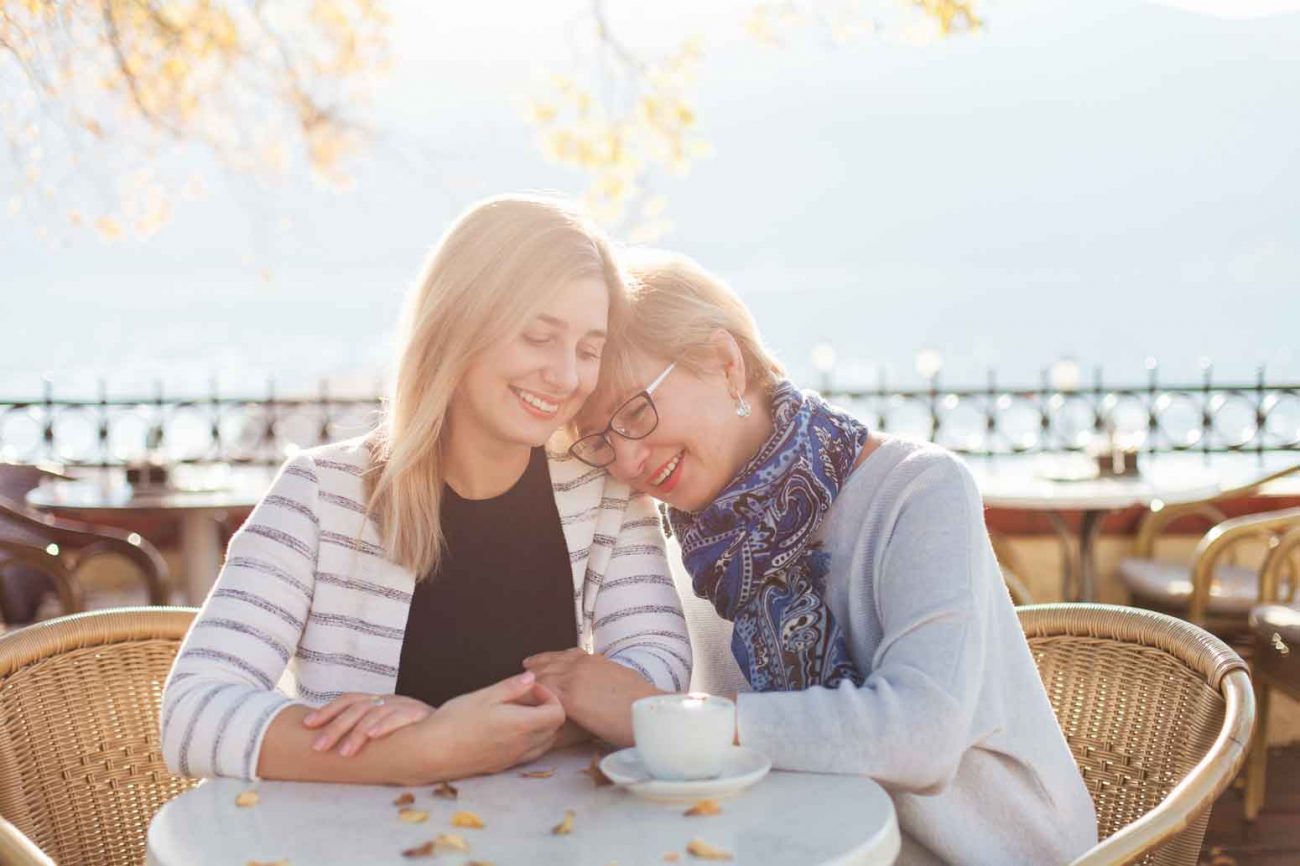 Life Is Fragile: What My Mom’s Illness Has Taught Me