Search
Home / Relationships  / Grit and Grace: The Official Armor of a Military Wife

Grit and Grace: The Official Armor of a Military Wife 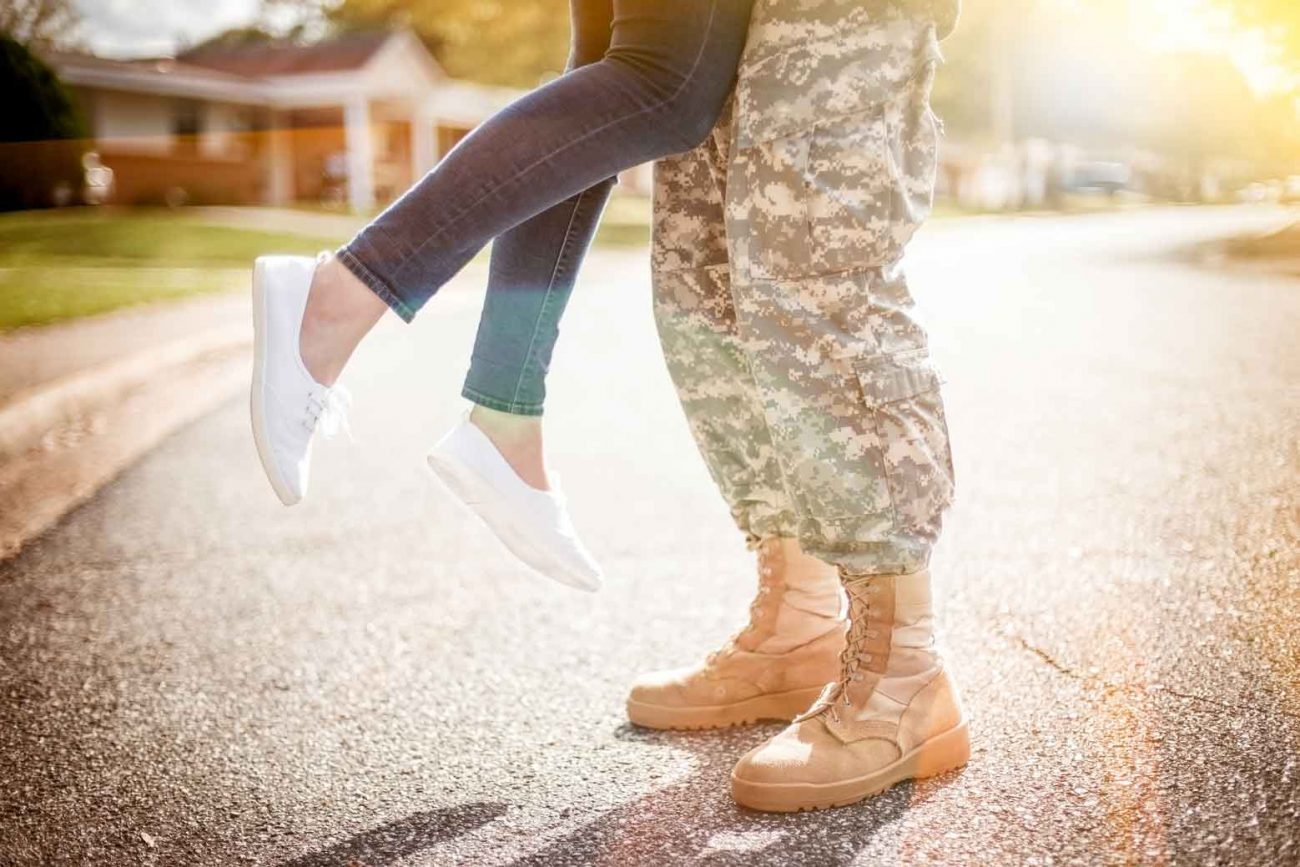 When I moved to a town known for its military base, I laughed and swore to everyone back home that I would, under no circumstances, marry someone in the military. And not because I had anything against them. More like, I didn’t believe I was the “type” of girl who could ever handle the military life. Six years and countless “I told you so’s” later, here I am—married to a man in uniform and raising up our two babies.

When we first met, I couldn’t help but look past what he did for a living. I just saw him for who he is. Admittedly, I don’t think some of us purposefully search to marry a man in uniform because we know what this sacrificial life entails. But when the right one captures your heart, it’s hard not to surrender and let him keep it. Even though you know that they are owned by the military, and even though their loyalty is to the military over anything or anyone else, even you.

What you see from the outside looking in.

From the outside looking in, people (like myself in the past) know that these men deploy for months at a time. As military wives, we know this as the time when everything stops working, like your car. But your husband is gone, so you’ve got to figure out how to fix the flat yourself. On top of dealing with all of the life-problems on your own, you have a heightened sense of awareness to the countless happy couples around you everywhere you go…

And, of course, people know that we pick up and move a lot, but as military wives, we know this more as searching for new houses, jobs, schools, and friends…yet again. And don’t even mention the dreaded “please fill out your previous addresses for the past 10 years” space on application forms. (We need extra paper to complete it.)

In fact, the only predictable thing about military life is that it is absolutely unpredictable. And sometimes, just when you think you’re getting a handle on this whole lifestyle, your husband is volunteered (we call it volun-told) to do a special duty operation. As military wives, we know these duties call for way more hours than the set 9-5. One year, I had to take our kids to visit my in-laws six hours away by myself because he had to work every day of Christmas week except for Christmas Day. It’s so hard to explain to family and friends why he doesn’t show up for important events or holidays when he’s not even technically deployed. It certainly isn’t because he wants to miss out on everything, but it has everything to do with his purpose.

The only predictable thing about military life is that it is absolutely unpredictable.

Lt. Col. Dave Grossman wrote a parable he once heard from a Vietnam veteran that says there are three different types of people in the world: the sheep, the wolf, and the sheepdog. Most of us are the sheep. We live our lives rather gently, peacefully, and productively. The wolves feed on the sheep. These people are evil and capable of evil deeds. We cannot deny that they exist in our world. But the sheepdogs, those are our men and women in uniform. They are the ones who have a deep desire to “protect the flock and confront the wolf.” And so they do. They do it because deep in their hearts, that is their life’s purpose.

What we know from the inside: those in uniform have a special purpose.

It took me longer than I care to admit to understand that my husband is like the sheepdog. I think it’s safe to say that we all go in with the best of intentions to be the most supportive wives to our service members, but then, even after just a year, it can take a toll on us. Sure, we could fight for our husbands to stay home, safe and sound, taking care of just our own little families. But all that does is disrespect our men in uniform and everything they are. So, we choose to fully support what they have been chosen to do and force ourselves to be as strong as they are.

Even when he tells you six months after you get married that he’ll be deployed for the next six months. Even when he’s leaving for his deployment and you say goodbye, holding back the tears to prove that you are cut out for this lifestyle after all…but only because you have to be. Even though you cry harder than you ever have in your entire life the second after he leaves, but then pick yourself back up so you can go to your own job for the day. Even when your children never really understand where he is, why he’s gone, and always ask when he’s coming home…though you usually don’t even know the answer. Little by little, we learn that those boots have gone places we will never have to go and the best thing we can do is just hold on more dearly to the freedom for which they are so bravely fighting.

In doing these things, we truly acquire the armor of “grit and grace” that we so desperately need to keep us going as military wives. It becomes the essence of who we are. Yes, we are called dependents, but, ironically, we become some of the most independent women I know.

And I would dare say that in fully embracing this lifestyle, we become a breed of our own: somewhere in between sheep and a sheepdog. Because, as we military wives say, “He swore to protect our country and I swore to protect his heart.”

We learn that those boots have gone places we will never have to go and the best thing we can do is just hold on more dearly to the freedom for which they are so bravely fighting.

Dear Wife of the Badge, You Are Strong
This Is What Military Deployment Feels Like for the Family
Married to the Badge: Not Your Typical Life
Anatomy of a Strong Woman
A Really Different Kind of Family
Are You Suffering From PTSD? Here’s How to Know and Get Help

To the Mom Who Feels Guilty for Loving Her Work
Want to Be in Style? Spreading Kindness Is Always Beautiful
5 Gifts Your Bridesmaids Will Actually Love
From One Mom to Another: How to Help Your Teen Mature
These Faith-Based Podcasts Will Encourage Every Mom
#gritandgracelife

You’ll enjoy this podcast episode from This Grit and Grace Life: What Makes a Woman Strong (Might Surprise You) – 016!

Occasionally The Grit and Grace Project has a guest writer who has written a new and fresh article on a subject we want to tackle. So we just have to share with you, even if they are reticent to put their name on it. Enjoy today's guest writer!

If Your Man Didn’t Propose (But Should Have) Read This

Ask Dr. Zoe – Is This an Unhappy Marriage or Mid-Life Crisis?