I am a widow; I’ve been seeing him for nine months. He asked me to marry him a couple of times joking around and I just didn’t respond because I thought it was joking. However, he proposed the last week of February and I just stood there staring with no response. He caught me off guard.

I told him I loved him and wanted to marry him and he said it didn’t work that way that the marriage proposal was off the table. What should I do?

He also said he was just putting out feelers. Whether that be true or not I don’t know—what should I do? We are not sexually active. He said he loves me. He said that the marriage proposal was not on the table any longer. He said I overthink everything. I just needed time to express my thoughts. I don’t know why I froze up.

It’s okay that’s you froze. It’s a big question and you weren’t expecting it.

A marriage proposal should not come with a time stamp. 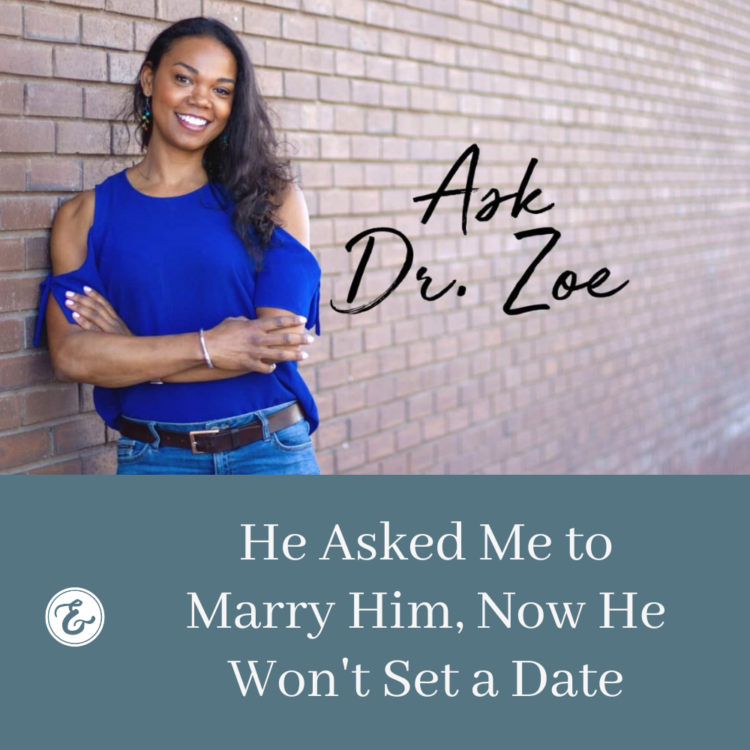 It seems he gave you a half-effort proposal because he was trying to protect himself in case you said no, but he didn’t give you space and time to respond. It is not a small question, so the fact that you didn’t respond in a movie scene-worthy, breathless “yes” doesn’t mean much.

If he chooses to take the proposal off the table, then at this point, there is little you should do. He is acting immaturely and you may want to consider if you want to marry a man that handles disappointments this way in a relationship.

If his proposal was only to put out feelers, as he said, then his honor is to be questioned. A marriage proposal should not be used as a tool to gain information about someone. It’s a question you ask because you mean it.

My guess is that he was hurt and is stonewalling you because he’s not mature enough to deal with your lack of initial response.

If his proposal is off the table, then he is punishing you for not responding in the way that he wanted and quickly enough. That is not caring about you in any way shape or form. A loving, caring response is to let you know his intentions and that he wants to be with you for the rest of his life, to give you the space and respect to think about his proposal and then honor your response.

His reaction also teaches you what to expect in the future: if you don’t respond how he wants (and quickly) then he will punish you. This is not a healthy foundation for a relationship.

Maybe your hesitation was because you know this about him already.

Do not apologize or beg or try to fix this. He showed you his character. At this point, you have told him that you would like to marry him. He can choose to move forward or not. Your only decision to make now, is if you still want to be with someone who would treat you this way.