Advertise With Us
Home / Faith  / Finding a Muse in the Mess: When Grief Becomes Art

Finding a Muse in the Mess: When Grief Becomes Art 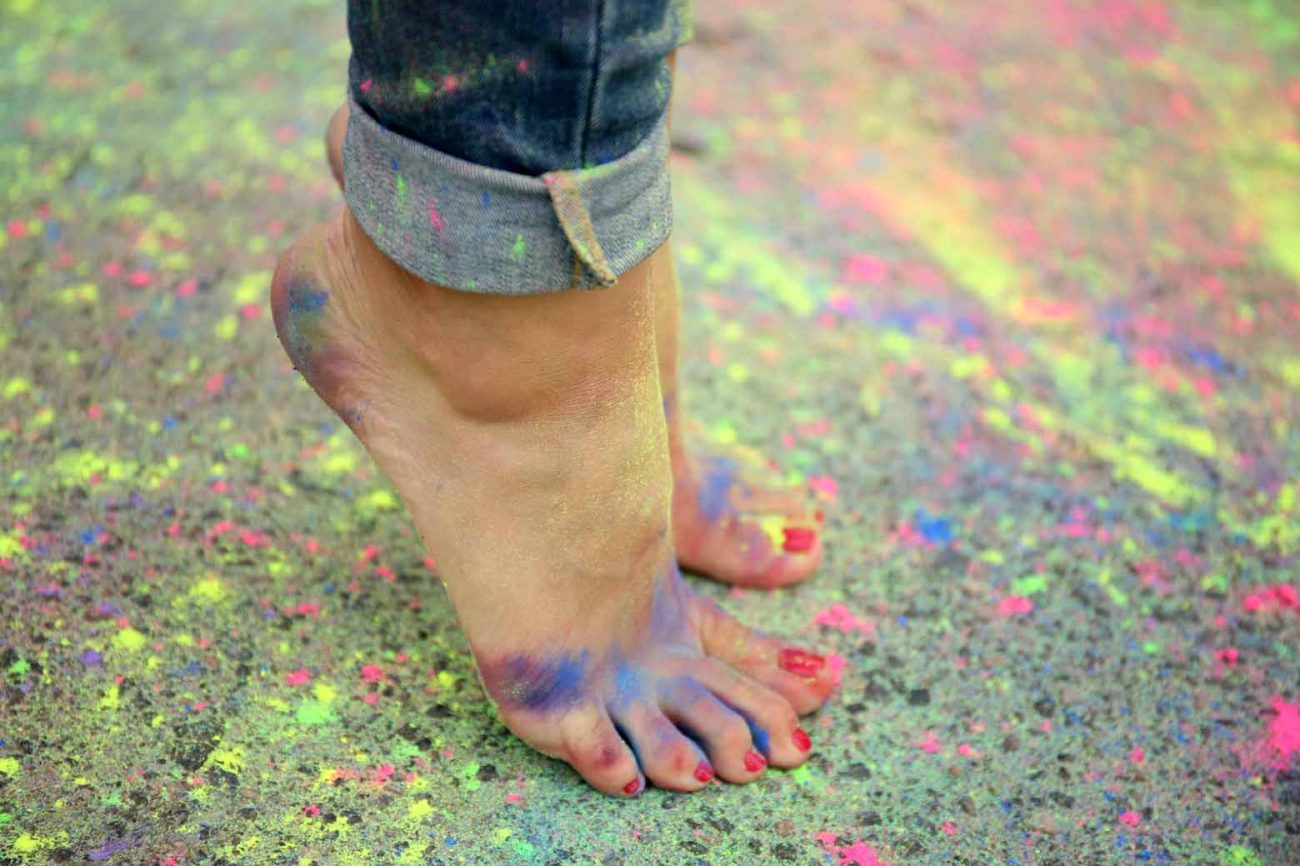 Being a parent is demanding and intense, but so is being an artist. It can feel like a constant tug of war. When I had my first child I struggled with how time and space were no longer my own, and I was unable to create when inspiration struck. I wrestled with guilt and giving myself permission to make art when there was always something more “responsible” to do. Yet, I couldn’t deny the God-given passion in me to create. Often tempted to despair that I may never make art again, a voice broke through my frustration proclaiming: “I haven’t called you away from being a parent or being an artist. It isn’t an either or, it’s an ‘and.’ You get to experience both. See your children as your inspiration and not your obstacle.” This assurance has led me on the venture to living the creative process, challenges included, in front of my children and not behind a closed studio door. Thus, began the search to find a new rhythm that included being both a present parent and a practicing artist.

I have learned that I am a healthier wife, mother, and general human being when I create. When I don’t, angst and frustration can build up inside of me. I didn’t really notice this about myself until I had a family. My son and art accountability partner—age four at the time—picked up on this one day while I was cleaning the house. After following me around he insightfully stated, “Mom, would you just go paint?” Surprised by his words, I turned to him and answered most skeptically, “Why?” Without hesitation or a blink of the eye, he replied, “Because you are an artist.” It was simply said, yet so very profound, as if God was speaking directly to me. All the permission I had been waiting for came through my own four-year-old. It was undeniable that I was being called back into the studio. Little did I know that through my obedience God was also preparing me for the next season we would enter as parents.

Thus, began the search to find a new rhythm that included being both a present parent and a practicing artist.

Making art is a way I find my center and cope with life’s mysteries. At times, such mystery can inspire hope, or other times provoke doubt and uncertainty, which is what I encountered through our second child. After her first few months of life, she didn’t meet the milestones she should have and her doctor grew concerned. After further testing, we were told the devastating news that our daughter has a rare genetic disease. All the doctors could offer was a vague prognosis that she would likely never walk or talk due to her improperly developed brain. Her future was unpredictable, a mystery left to unfold.

In the midst of our grief, something profound was said to us by a friend, “What a gift that God would put your daughter into a family of artists like yourselves, who do not need words to express themselves.” Hearing this faith-filled proclamation of God’s goodness and grace in a time of despair was pivotal. It was a pin prick of light in the darkness. We had been given a shred of hope which evolved into a greater purpose and mission. Why wouldn’t I want to welcome our child into my artistic process, if it means that she could potentially develop a voice to express herself and experience the love of God? My children were always the justifiable reason why I shouldn’t take the time to create, but here was a reason why I should create. For many, potentially even my own daughter, art is not just a hobby but a language for communicating with the world and a powerful way God communicates with us.

For our daughter’s sake, I began studying the brain to better understand her condition and embrace the new reality we were going to be living. What went wrong in the development of her mind and how could I pray for its healing? In lieu of words, I felt compelled to begin painting my prayers. These pieces were not created with the plan of showing to others, but to remain between me and God. The more I studied the inner workings of the mind, the more knowledgeable my prayers became. The more I created, the more inspiration grew; and God reminded me all the while that He was with me in the midst of this storm.

I never expected to become so intrigued by the beautiful complexity of our minds, nor the study of neurons and the transformative power of neuro-genesis. Hope in the mind’s ability to re-circuit itself around damaged areas became my inspiration for creating what I call “The Neuron Series.” If songbirds have been discovered to create neural pathways with each season’s new song, there must be hope for the places in our minds yet untapped or in need of restoration. He can create order out of chaos and transform a mind that is broken and disorganized into one that is beautifully structured and healed. If God would do this for birds, why not also for us? (Matthew 6:26)

I never would have asked for this struggle in my life. In all reality it should have kept me even further from being a practicing artist. Yet, as in God’s true redemptive fashion, He has been using this trial to draw me back into the studio and in deeper communion with Him.

Unforeseen opportunities have developed for ‘The Neuron Series” to go from the privacy of my studio to engage with a variety of public audiences, being exhibited in cafes, churches, restaurants, work places, and libraries—a most unique connection made with fellow parents of children who share the same rare genetic disorder as our daughter. The artwork seemed to resonate with this special community in such a way that leaders of the syndrome foundation took notice, and in desiring to express their appreciation to the leading scientists and medical researchers, gifted some of the images I created to them. It is humbling to know that art I created in some of my most vulnerable moments now hangs in a variety of homes and offices, boldly proclaiming a deeper hope and encouragement to the many who share a similar journey.

It turns out that what I thought was this strangely specific subject matter—too personal to be of any interest to others—actually resonates with many. The reality seems to be that we all have parts of our minds untapped or in desperate need of restoration.

It took faith for me to create these pieces of art. What began as visual prayers, colored by grief and despair, God transformed into images of hope not only meant for my daughter or myself, but countless others in need of hearing the same message. He insightfully employed my own creative process and art work to change the way I think, saving me from a future of hopelessness by teaching me a new song for a new season.

Romans 12:2 says, “Don’t copy the behavior and customs of this world but let God transform you into a new person, by changing the way you think. Then, you will know God’s will for you which is good and pleasing and perfect..”

It is humbling to know that art I created in some of my most vulnerable moments now hangs in a variety of homes and offices, boldly proclaiming a deeper hope and encouragement to the many who share a similar journey.

—
You’ll also like Life Before Skylar, When Dreams Die… Grieving What Should Have Been, The Refuge Coffee Co. Story: Hope and Help in a Cup, I Never Wanted to Be a Pregnant Widow, Can God Use Messy People? (Video), and How My Sister’s Cancer Brought Greater Hope
#gritandgracelife 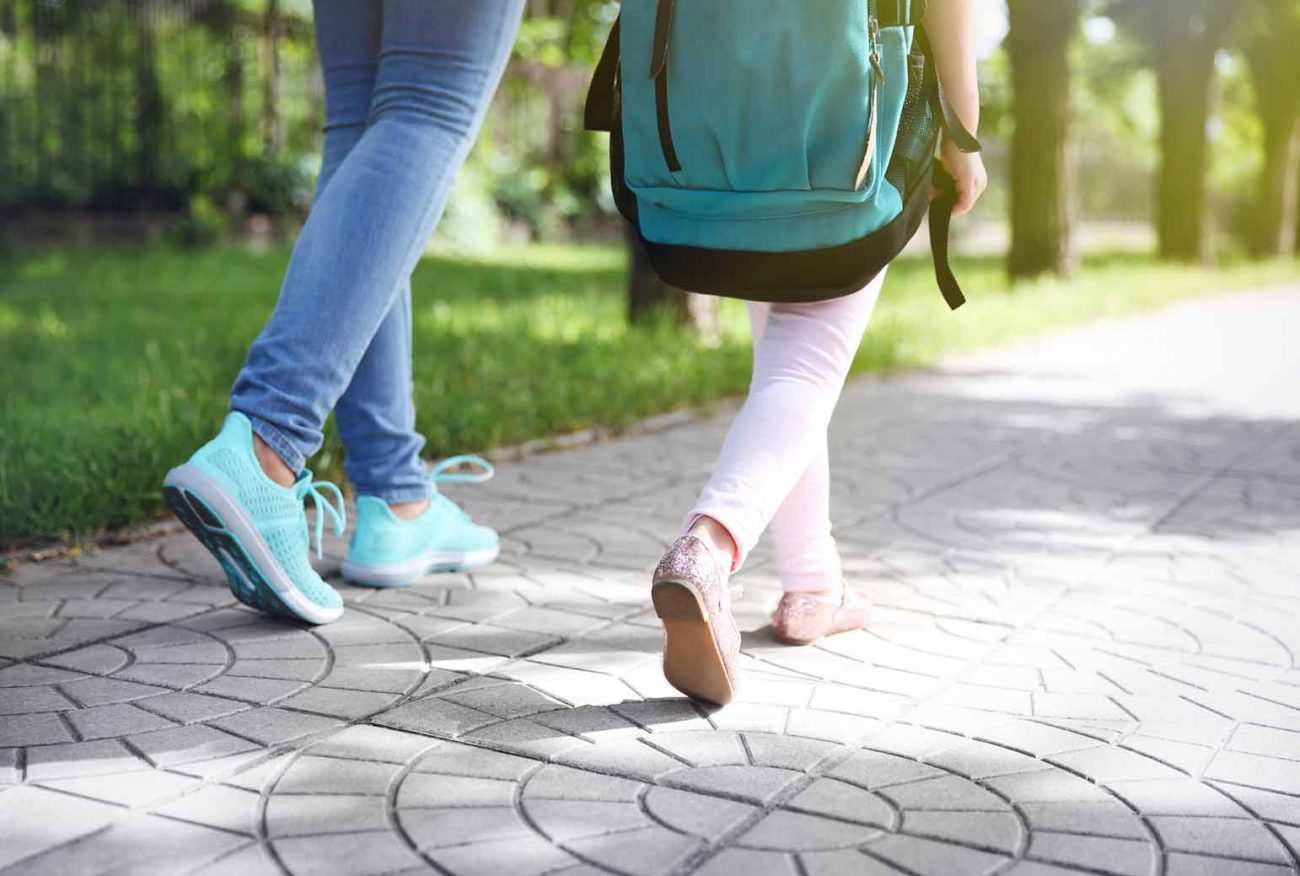 Autism Awareness Month: A Therapist and Mom Shares Her Journey 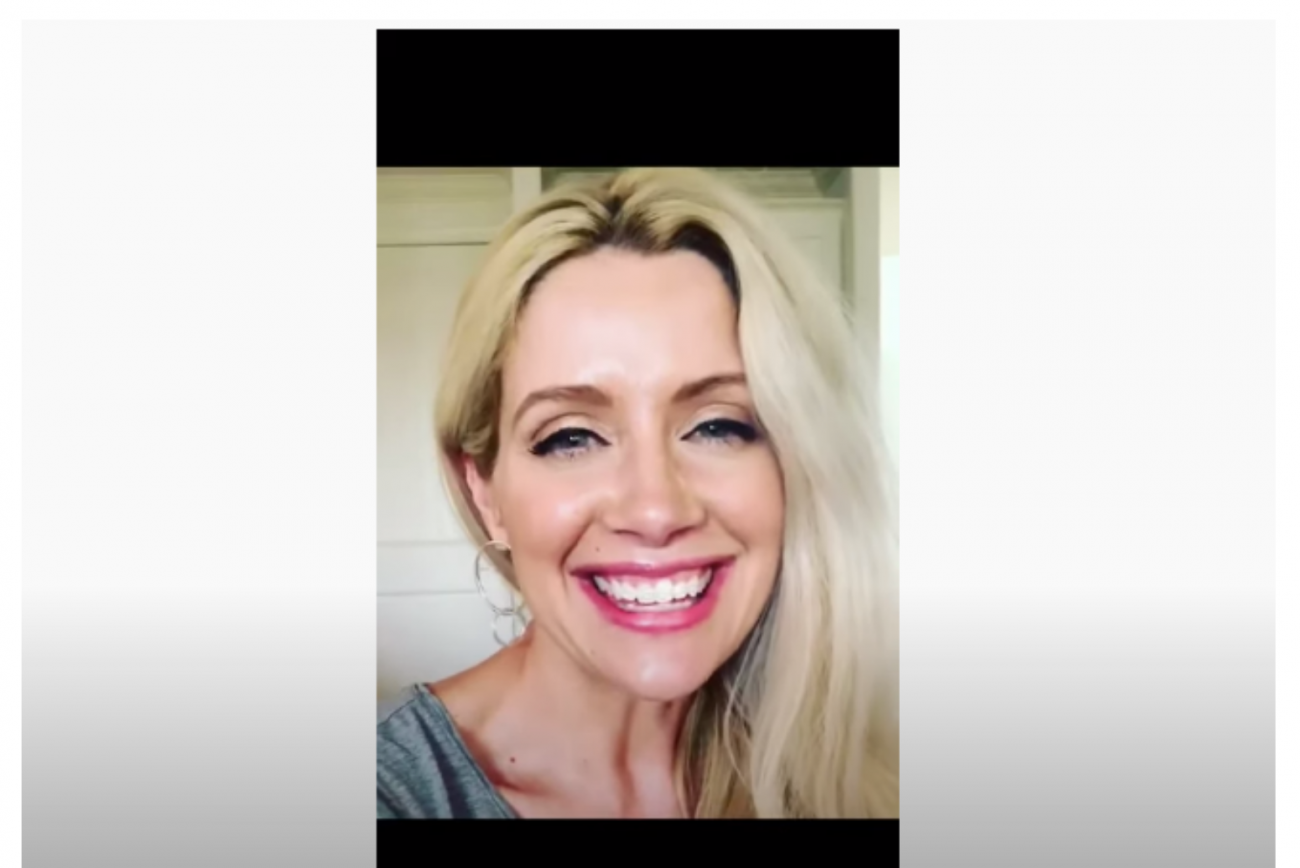 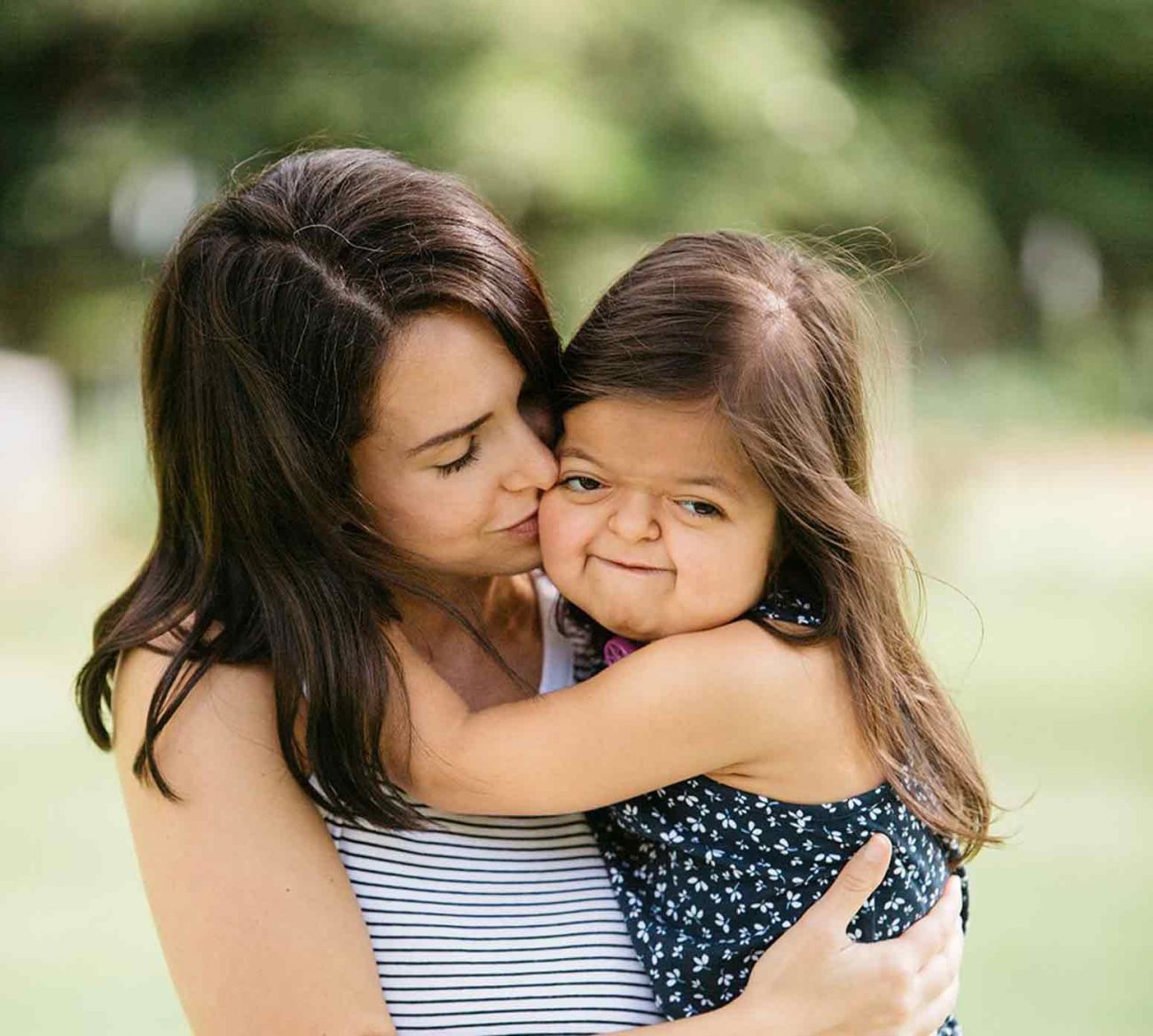 How Can I Believe in the Goodness of God When My Child Is Suffering?