“Deal in reality yet keep the faith,” was the mantra of my pastor in downtown San Francisco during the height of the COVID-19 pandemic. Everyone suffered through it differently, some more than others. For me, the world seemingly descended into madness. The temptation was fight, flight, or freeze. As a flight attendant deemed “essential worker” amid the throes of 2020, I was forced between faith and fear every time I pinned on my wings. It was a choice between shutting my eyes or keeping them wide open.

As a flight attendant, being on the pandemic “front lines” taught me ways to practice peace. While Jesus was spirit-led in His pursuit of peace, He was also very intentional. In my life, the circumstances at the height of the COVID-19 pandemic were absolute madness. Something had to be done.

My church hadn’t met for more than a year in person, with lockdown protocols in the Bay Area stomping every hope we held of gathering. Over in Oakland, my firefighter husband found himself responding to calls as protests erupted into fires all around the angry, tired city. It was a daily choice between scrolling through the terrible news on all of my apps like Instagram, Facebook, Twitter and Citizen or preserving my quiet time and mental health. Under mandated “social interaction bubbles” limiting the number of face-to-face interactions we could have with family and friends, I was given the choice of isolation or reaching out via phone calls, Zoom meetings, or FaceTime. 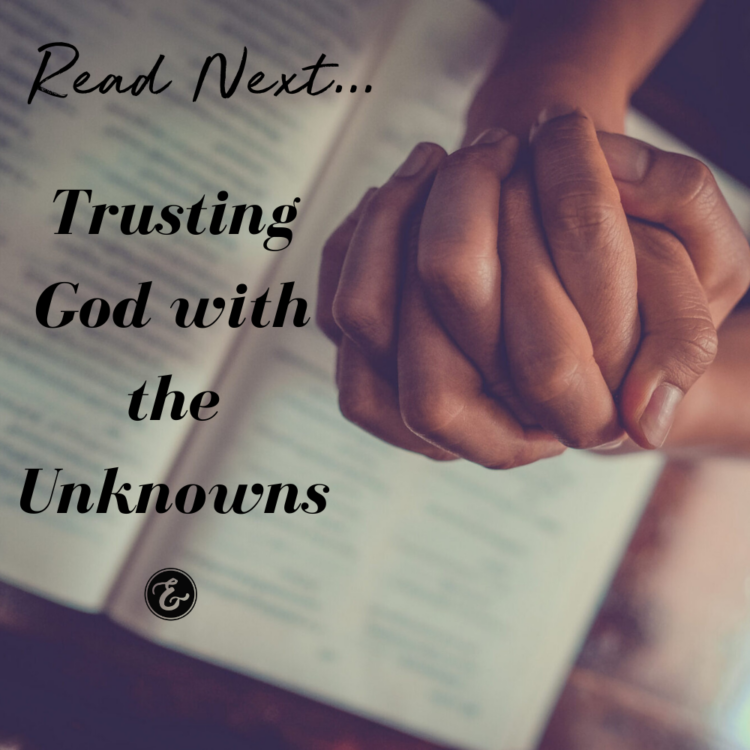 My airline announced we were likely to be furloughed but offered a chance to work a maximum of 35 hours a month. Being provided with a letter explaining my essential worker status as cabin crew just in case I was pulled over by police officers wondering why I was “breaking the Bay Area COVID mandated curfews” was surreal. The planes were empty. The people angry. It felt apocalyptic. Cities were ghost towns. First responders like my fiancé saw humanity struggle more with businesses closing and cities morphing.

My pastor’s words resounded: “We deal in reality yet keep the faith.” He was describing that confident hope that calls us to believe in the unseen. We are called to contentment despite our circumstances.

So many of the previous “cliches” that I’d heard in the past about faith and hope became real as my regular life was stripped away. Peace was fleeting, causing me to dig in and discover the ways that Jesus kept His own. This God-turned-man was famous for sailing away, walking off, leaving the crowd, praying hard, and keeping a level-headed, calm aura about Him even with His own impending death looming. The more I read about His conduct, the more I saw intentional practices emerge for the pursuit of peace.

Boundary setting. With you and others. My phone became one of my worst enemies as it provided limitless access to the worst examples of everything going on in the world. There were a lot fewer people that I needed to say “no” to as I was isolated from the pandemic, but I learned really quickly that in my pursuit of peace, I was going to have to learn to say “no” to myself.

Doing right. The Bible says, “If someone knows to do right and does not do it, that is sin.” In this instance, I found that doing right meant doing what I knew I needed for my mental, emotional, spiritual, and physical wellbeing whether I felt like it or not. Doing right meant forcing myself to stay on a schedule even when the hours at home felt limitless. Doing right meant feeding my body the food that it needed nutritionally, not the quick fixes that I craved in the moment. I could choose Greek yogurt and frozen blueberries over ice cream. It was right for me at that moment.

Each of us has a Holy Spirit voice, a conscience or wisdom, that sends off little red flags or twinges when we aren’t doing “what we know is right.” God graciously reveals to us what that is.

For Mary in the Bible, sitting at Jesus’ feet was “doing right.” She was exactly where she needed to be. Every day, this calling manifested differently. I would phone a Christian friend. I would spend quality time unplugged from my devices in the Bible, in prayer, on long walks in the rolling hills of Napa Valley. I cooked, did yoga, focused mindfully on the beauty that still existed despite so much ugliness in the world.

Taking time out. It sounds ironic to advocate solitude in a time of isolation, but it was so important. While pursuing peace as a front-line worker during the pandemic, I saw there was a very real differentiation between isolation and solitude. Isolation felt forced, unproductive, sad and consisted of a lot of television watching and internet scrolling.

Solitude, on the other hand, felt like I was intentionally carving out space for God to work in my heart and mind. My solitude looked like morning devotionals on the back porch, long walks when the weather was cool, taking the time to inhale the smell of my cup of tea while I turned on my vinyl player with some Chopin or smooth jazz. Isolation felt removed from everyone, while solitude felt like a mindfulness practice where I’d allotted a special time to imbibe. Every one of us is different, but every one of us can feel the difference between isolation and solitude in our hearts and bodies. 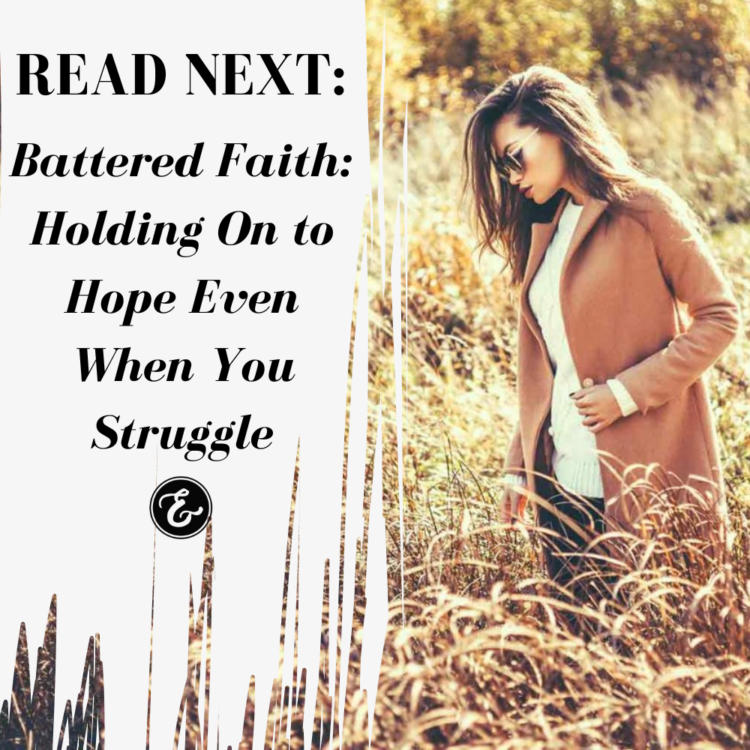 Casting my cares. On days when the pandemic fatigue was maddening, I chose to do at least one thing to bolster my faith. Like flexing a muscle, that one exercise each day grew in strength. Prayer became more real, more powerful, more potent than it was in my life for a long time.

With other options so limited, I realized there was no more effective way to see situations changed than by going to God. It sounds so elementary, but there is a reason Jesus took the time to intentionally teach His disciples to pray. There is also a reason He deliberately asked them on multiple occasions to pray. It wasn’t at the forefront of their mind when circumstances got rocky. He knew it!

Just like any other muscle group, a confident hope must be stretched and worked out. This took the form of volunteering in the inner city of San Francisco with my church, feeding poorer neighbors and families struggling due to unemployment or isolation. Faith without works being dead, I found my prayers to see God moving in the city grew stronger as I got on the ground and worked alongside the people He was using to make this happen!

These days, the pandemic ramifications aren’t quite over for all of us. Flight hours increased, but the tensions of the traveling public remain high. The world is ready to travel again, but still needs time to heal mentally and emotionally. Cities are still devastated, with homelessness on the rise and small business owners out of work.

Rather than focusing on the loss, I choose daily to keep that faith in the unseen. I continue to train myself to identify and recognize the beauty in the unseen.

—
Do the world’s problems still seem a tad insurmountable? You’ll find encouragement in this podcast episode: How to Find Peace and Purpose in an Out of Control World with Dr Zoe – 164

Kristen is a flight attendant, a fire wife, and new mommy. She serves on the board of directors at Harmony International School, where she formerly taught English in Kanagawa, Japan. Always a writer, Kristen freelanced for fun publications such as the Pensacola News Journal, Bella Magazine, Japan Travel, Brewhoppin.com before finding a writing home at Grit and Grace Life. She is working on her first non-fiction book. Kristen spends her free time enjoying her local area of Napa Valley or adventuring internationally with her family, preferably in Japan! A survivor of suicide, a holistic wellness advocate, and registered Yoga Teacher, Kristen dreams of opening a wide world of adventures, life lessons, and wellness techniques to her readers.