(Listen to the audio version of this article here.)

Twelve years of suffering is more than anyone should have to bear. Yet that is where she found herself, standing in the doorway of her life. One foot firmly planted in the reality of her circumstance and the other searching for the hope of a new beginning.

From her vantage point in the doorway, she could see Him. He was surrounded by the crowd, his shoulders pressed against humanity. The mob pushed and shoved him as they made their way down the narrow street. He rounded the corner. She raised to her toes to catch a final glimpse, leaned forward, gathered every ounce of courage available, and stepped off the porch into the masses.

She pushed past women that had shunned her, past men that ridiculed her, past social and cultural norms that shamed her, and past the fears that held her captive until she landed at the hem of Jesus’ robe. Once there, she fell to her knees – an arms-length away from the One she believed would offer relief. 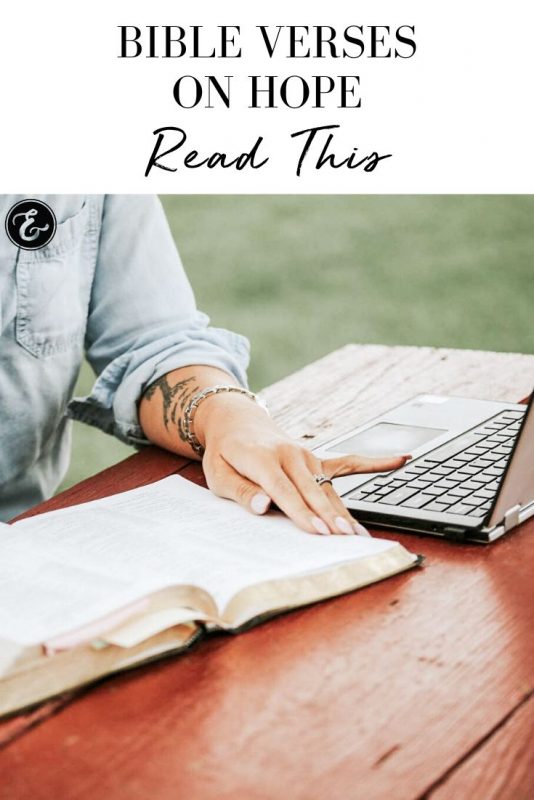 Searching for Hope Amid Heartache

As she knelt in the dust, the years flashed in her memory. Each thought recounts her journey. Her bewildered steps away from the temple rejected because of her illness. She was unclean, a social outcast. The lonely walk to and from the city’s well was usually a time of enthusiastic conversation, sharing the local gossip, but for her only isolation. The endless trips to consult doctors, prophets, and magicians, were all paths of discouragement. She had given everything she had. Could this Jesus be her answer or was he yet another reach towards heartache?

Her mind wrestled with the disparity between her memories and the hope standing in front of her. Her reluctance and skepticism shackled her, until, in one defiant act, she reached out. An almost imperceivable touch, yet Jesus knew. He sensed her presence, the power leaving his body, and instantaneously healing hers.

Have you ever wanted to reach out and touch Jesus? I wonder if there is anything holding you back.

Perhaps years have passed and your prayers for God’s intervention have resulted in silence. You have done everything in your power to change your circumstances but you are slowly losing your footing. From your vantage point, you spot a path; muster the courage to step through the doorway, only to face the crowds. People pressing past – pushing and shoving you aside. And just as you reach out for hope, a path that promises relief, you are squeezed by the hordes, trapped an arm’s length away from renewal.

Years of suffering changes us.

Surrendering When All Else Fails

The home that was once our refuge becomes a prison – holding us hostage to Satan’s lies, the world’s elusive deceptions, and our pride.
The woman that followed Jesus tried to fix her problems. She spent her money, time, and resources to find healing. Yet, nothing worked. Each morning she woke to the same reality, an unrelenting circumstance that left her isolated and vulnerable. Until she took a risk, pushing past her fears, the world’s solutions, and her mounting anxiety, and fell at the feet of Jesus.

In one final desperate act, she surrendered, giving all that entrapped her to the Father of renewal – one indiscernible touch, just the hem of Jesus’ coat, and she was transformed.

In the book of Mark, the writer shares:

But he kept on looking around to see who had done it. Then the frightened woman, trembling at the realization of what had happened to her, came and fell to her knees in front of him and told him what she had done. And he said to her, “Daughter, your faith has made you well. Go in peace. Your suffering is over.” (Mark 5:32-34, NLT)

Jesus didn’t want the encounter to end with a mere touch. He “kept on looking.” He sought her out, made eye contact, and gently spoke over her his transformative message, “Your suffering is over.” Your pain, your disappointment, and your despair are all wiped away. You (not just your circumstance but your very essence) healed, made new.

Jesus longs to do the same in our lives.

He patiently waits for an intimate encounter and speaks the words, “Your suffering is over.” Your attempts to fix your circumstances, control outcomes, and protect pride can all be laid at my feet.

And as our hearts empty, he fills them with his healing.

The woman took a risk. She left the comfort and safety of her doorstep to chase her faith. She couldn’t anticipate an outcome, there had already been so many disappointments. Yet, she reached beyond her feelings, coming face-to-face with her Savior.

When we reach out, our circumstances may not instantly change and the pain of our lives may not completely subside, but through our faithfulness, we are made whole – filled and renewed at the hem of Jesus’ robe.

—
No matter how long you’ve been afflicted, it’s never too late to become who you’re meant to be: Do I Still Have Time to Rewrite My Life Story? with Mandisa – 192