Near the end of 2007, a group of girlfriends and I took a trip to Hawaii. A few days later, I met my future husband in a restaurant that stood across from the iconic Waikiki Beach.

The chords of a ukulele flavored that night. Sweet combinations of coconut-fragranced sunscreen and fried onions wafted through the restaurant, dulling the more pungent scents of sweat and spilled beer. A vibrant, three-dimensional painting of a “merman” hung on the wall behind me. 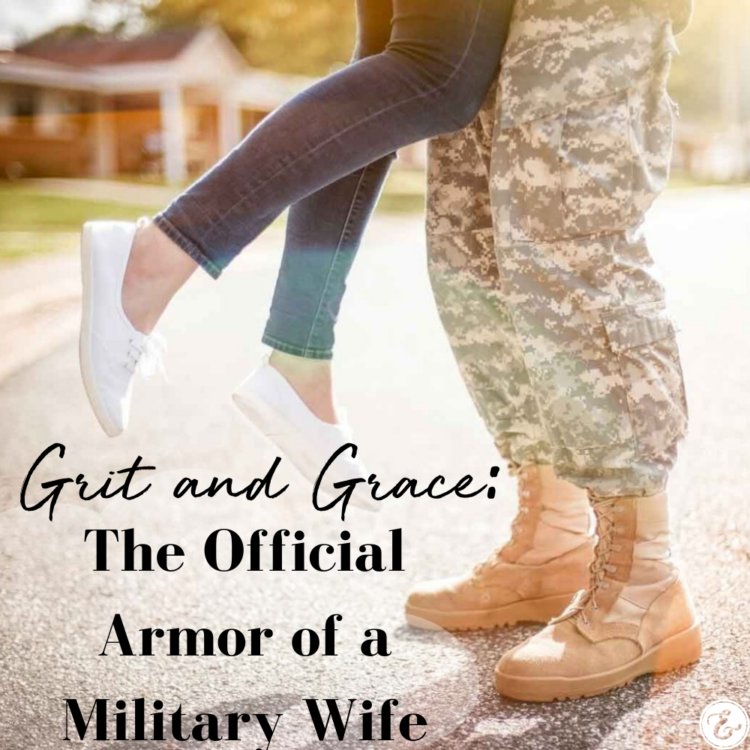 Pete didn’t try to hit on me in a creepy way. Instead, he used humor—the gateway to my heart—and pointed to the painting while he referenced a line from the movie “Zoolander.”

His back leaned against the bar as our conversation flowed from one topic to another. He had a relaxed demeanor, and his hazel-green eyes lit up when he laughed. He was good-looking, witty, intelligent, and again, didn’t give off weird vibes. Major bonus. He also peppered me with questions about myself and seemed to take a genuine interest in my answers—a notable contrast to the men I had previously dated who seemed only to enjoy talking about themselves.

The energy between us was magnetic, and after a short period, we married. Ten months later, Pete deployed back to the Middle East.

Life Was Going Well…Until It Wasn’t

I first began to suspect my husband could be suffering from PTSD eight months into his deployment while he was home for a two-week R&R (“Rest & Recuperation”—chargeable leave given to armed forces away from their usual duties).

I arrived at the airport in an emerald green dress I had purchased for his homecoming. I searched for months for that dress—it was made in the exact shade Keira Knightley had worn in a movie we’d seen together a month before he left for his year-long deployment. I shifted my weight as I stood at the end of the runway until, finally, Pete rounded the corner and walked toward me. The undercurrent of anxiety—a familiar presence that flowed through me for the past eight months—lifted as our eyes locked and mine filled with tears. He was home, safe. For a little while, at least.

We savored every single moment together those two glorious weeks: We dined out, slept in, made love, surfed waves, and did everything two 20-somethings do after months apart. After going out one evening to mark the end of his time at home, we crashed into bed, exhausted from a full day of sun, rich food, and more lovemaking.

I woke up a few hours later to the sound of Pete stomping around our 700-square-foot apartment. I found him in the living room and watched him pace back and forth, the sound of his flat feet reverberating against the vinyl wood floors.

He stopped moving, looked at me, and shouted, “Leave me alone! Get away from me!” He threw expletives in every direction—at the dog, me, the walls—as he yelled, paced, and muttered nonsensical words. There was no more sleep that night.

The following day, Pete brushed off the events from the night before. I dismissed them too, and chalked the episode up to the long months of sleepless nights and the weighted stress he endured during his months in a war zone.

That wasn’t the first time unusual behaviors had gone on. Though Pete was often irritated by small things and easily startled by loud noises, most of these reactions were relatively benign. But the episodes began to escalate in frequency and intensity after he came home for good four months later.

Reflecting On the Pain of His Deployment to Iraq

Occasionally after a few drinks, Pete talked about his time in Iraq. Within those half-told stories were descriptions of being shot at, awakening at night to the rumble of rockets landing close by, and picking up body parts in the aftermath of suicide bombings.

He spoke about the helplessness he felt after an IED (improvised explosive device) targeted his Humvee, shattering the windows, blowing out the tires, and causing him to chip several teeth as he clenched his mouth together. He’d speak about close friends who had died and the deep sadness—even guilt—that he felt by their loss.

I knew these memories ate away at his psyche despite the ways he shrugged them off. I had been around enough of his group of friends to recognize their desensitized language was essentially a defense mechanism—a way to cope and survive. But to outsiders, Pete functioned well. After getting out of the Army, he entered the business world with a prestigious company and later received an MBA from a top program.

As the years continued, our arguments intensified despite our fierce love for one another and our growing family. We are both expressive and passionate individuals, which means that our good moments with one another were lively, connective, and fun. 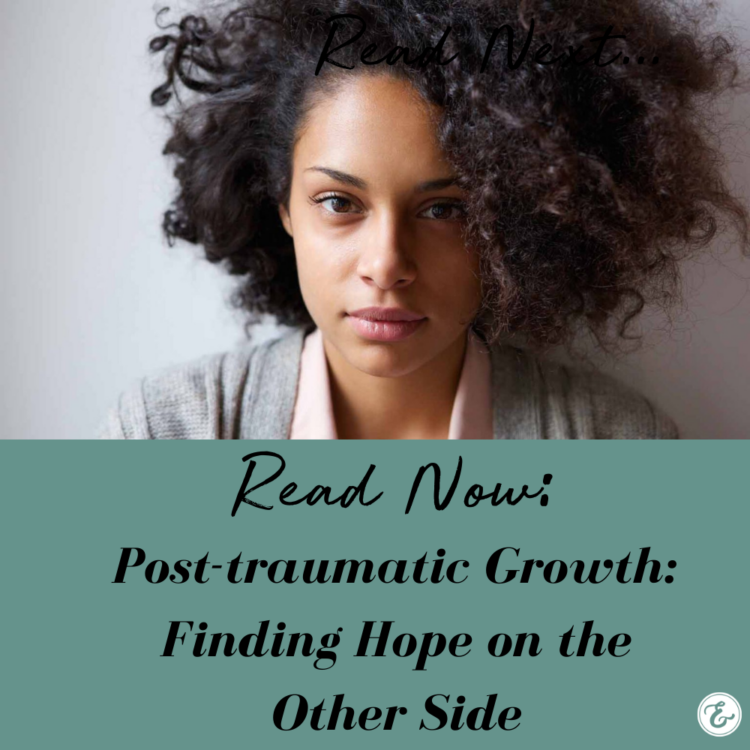 But as is the case in most marriages, not one person could be named the sole source of marital problems. Ours was a union of two fallible humans colliding as they tried to do life together. I had my own history of trauma to manage, and we lacked the language and the resources to reconcile our pasts with our present. Eventually, the rough moments outshined the positive times, and I wondered if we’d make it as a couple.

There weren’t many people outside of our family who knew about the complexities of our relationship. The few times I did share it in church settings, there were two different primary responses: silence or Christian cliches cloaked in one-lined scripture verses that proved unhelpful. So, I mostly kept everything to myself. I knew they couldn’t understand what Pete went through, nor what I was going through as his partner. I never wanted others to think poorly of him or us.

Finally, three years ago, on the verge of separation, Pete and I sought intense trauma therapy.

According to the U.S. Department of Veterans Affairs, depression and PTSD are two of the most common conditions to which veterans are vulnerable following their service. Of the latter, statistics show somewhere between 11-20% of those who served in Operations Iraqi Freedom (OIF) and Enduring Freedom (OEF) suffer from the effects of PTSD.

Some experts believe the numbers sit much higher due to the stigma attached to the term “disorder,” and other groups propose changing the name to post-traumatic stress injury (PTSI)—a biological trauma that affects the nervous system—for this reason.

While most of us completed high school and entered the workforce, college, or the like, the mainstream population has little to no insight into what military members experienced during the years that followed the attacks on 9/11. Less than 1% of the U.S. population served in Afghanistan or Iraq. Like many of his comrades, Pete was young—only 24—when he first stepped foot in Iraq as a green Second Lieutenant.

Before I wrote this article, I asked Pete if he was comfortable with me sharing a high-level version of his story, assuring him that the tenderest of memories and details stayed between us. It’s only due to the hard work he’s done over the last several years that he responded with openness and also offered the following words of his own:

“For a long time, I was unwilling to admit that I suffered from PTSD, namely because others had experienced far worse than me, my symptoms were manageable, and I didn’t want to be stigmatized. I functioned well in society and in my job, I rationalized. 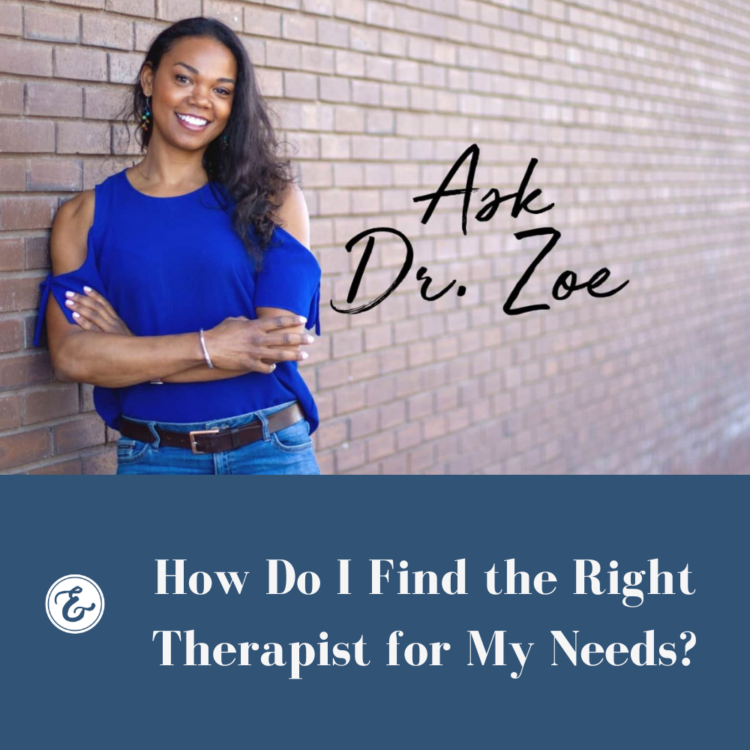 But it’s essential to recognize that trauma shows up differently and takes on many forms. I realized I could no longer overlook what I saw within myself and the effects that this had on those around me.

To anyone battling with past traumas, especially those who’ve experienced combat, please seek help. You may think you can stuff it down and continue to function normally (as I tried to do for over a decade), but it’s always there, eating away at you. If you aren’t given a safe environment to talk about the trauma, it could continue to fester, grow, and slowly damage every part of you.”

For Pete, different therapy modalities, medication, prayer, meditation, yoga, running, nature, and discovering new ways to take care of his mind, body, and spirit have contributed to the healing process. (For those seeking a more in-depth understanding of the impact of trauma upon the brain and body, The Body Keeps the Score, written by renowned expert Bessel van der Kolk is a fantastic resource. Van der Kolk offers insight on how PTSD can be treated through various techniques, many of which Pete utilizes in his own life today).

Today, Pete and I continue to grow and heal both as individuals and as a couple. Although far from perfect, we’re now able to easily talk about our feelings in a productive manner and we’re better able to recognize personal triggers that would have previously set us off in catastrophic directions. I’m grateful for these things, and perhaps most of all, for the glimmers of hope each of us held onto during our most painful times.

If you or a loved one have PTSD, please know you don’t need to carry it all on your own. Professional assistance and resources are readily available as the global conversation around PTSD deepens and widens.

—
One of the symptoms of PTSD is depression. Listen to this podcast episode to learn how you can help support others battling it: Battling Depression? Find the Gift in the Darkness With Melissa Maimone – 133

Rachel is a freelance writer and a huge fan of peanut butter, humidity, and driving barefoot. Her favorite pastimes include reading up on aviation disasters to “conquer” her fear of flying and finding hope in the storms of life.